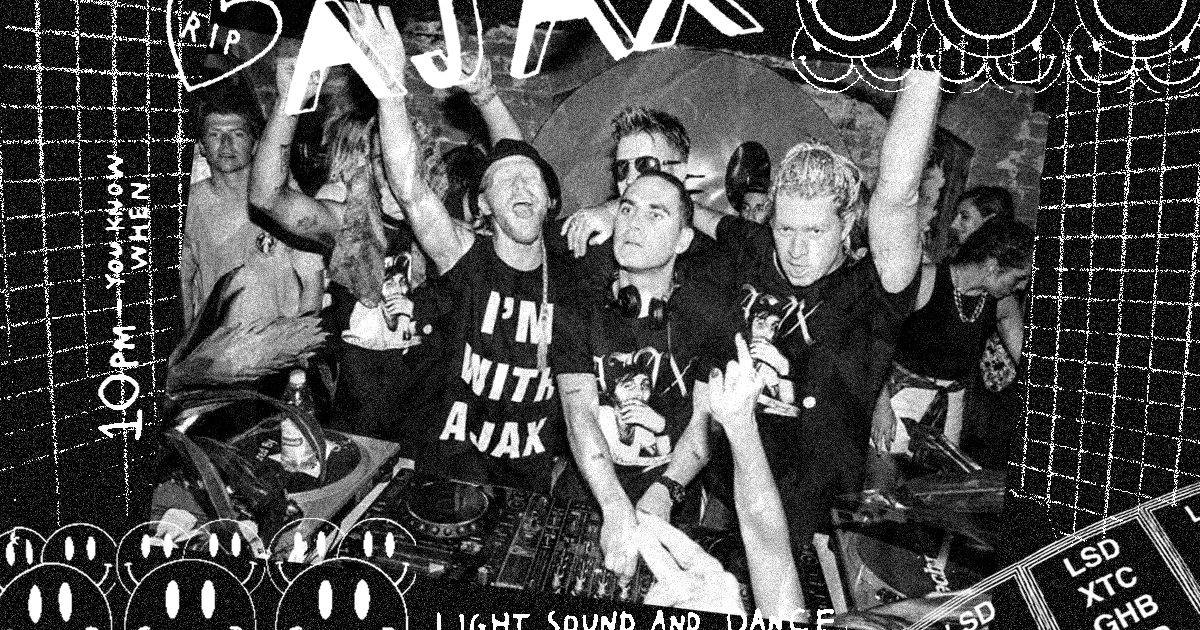 If you got a chance to experience Kings Cross nightlife at its peak, you probably found yourself at Bang Gang. Led by the six-man Bang Gang DJ crew, they combined their range of musical stylings and personalities to throw an epic party that set the standard for years to come. Over a decade onwards, you’ll still hear tales of this legendary club night floating around town.

In the third episode of the Stoney Roads podcast, we got nostalgic with Bang Gang DJ’s member Gus Da Hoodrat (Angus Gruzman) about the party that pushed the limits and the people who made it what it was.

In the late 2000’s, Angus Gruzman was working in an undisclosed Sydney hotel, where he met and befriended guest Dan Single, on his stay during Fashion Week. Dan is a co-founder of a fashion label called Ksubi, who you might recall as the denim royals of the time. As they got to know each other off-the-clock, Gus eventually jumped on board the Ksubi team. From there, the Bang Gang DJ’s found one another through family connections, mutual friends, and plenty of nights out and about.


“Nolan was doing a bit of design stuff, Benny was Dan’s brother, and they already knew Ajax from the Northern Beaches, And then Jamie was, um… I’m not trying to implicate Jamie in anything criminal here, so uh, Jamie was a friend, an acquaintance from the clubs, he was in the clubs, we were hanging in the clubs,” says Gus.

At that point, Ajax (Adrian Thomas) was the only “real” DJ, Gus says. The rest of them loved clubbing, collected vinyls, and occasionally nabbed a warmup set on a Thursday afternoon, but those kinds of slots didn’t allow them to play what they really wanted. To change that, they decided to start their own party. “No one’s gonna book us, so let’s just put on a party so we can all DJ. It was a little bit egocentric, but it largely stemmed from that,” Gus says.

From the get-go, the boys needed to create a party concept that would stick out from the rest and get bodies in the room. “We wanted to call the party “Bang”. It was like, “Bang, here we are”. Pretty simple. But somehow, it was like, “It doesn’t make people think enough, it doesn’t evoke anything”. And so Bang Gang at least gets people kinda thinking, “What is this?”, Gus says.

“When we first started it was funny because we’d occasionally get these older, swinger types coming down to the club and saying “So, is this the bang gang party, right?” And they’d be like “Okay, so where do we hang our clothes?” I think back then, [if] you just saw a flyer that said “Bang Gang, Friday night, here”, and people would be like “Oh, I’d fancy me a bang gang on a Friday night!”

The Bang Gang DJ’s were also self-confessed unprofessionals. According to Gus, when they first came onto the scene, they made as much noise as possible, with a brand that held nothing back.

“I’m pretty sure if you put up some of the posters that we used to put up to get people to your party [in 2020], you’d have federal police there at the first party like, “What do you think you’re doing?”

But to punters, their no-frills approach clearly signalled a good time. For the first few years, you’d find Bang Gang at the now-closed Moulin Rouge on Darlinghurst Road, Kings Cross. The crew would begin their extravagant set-up (and pre-drinking) from 5PM, building a whacky, colourful interior that made the rules clear – you were free to do whatever you wanted, as long as you weren’t a dickhead.

“I guess it’s a combination of right time, right place, wrong people, right drugs, right music. We were all pretty wild in our own way, so if you look up and the DJ is half-naked, drinking a shot off of someone’s bum, you’re like, yeah, I reckon I could do that, I feel comfortable,” says Gus.

At the forefront, there was always Adrian Thomas (AJAX) – rightfully remembered as a Dance Legend. He launched the iconic dance label, Sweat It Out in 2008, and released his own music on Modular Records and Ministry of Sound. He was 3D Magazine World DJ of the Year, three times, and travelled the world playing his iconic mixes.

Ajax will forever be remembered as one of the most renowned, respected, loved, and influential DJs of the Australian dance community.  – Katie Stone, EDM.com

“He basically taught me how to DJ. When I first met him properly through Dan and stuff, he would invite me up to play a show and I would carry his record bag, I would go to shows with him and sit behind him and watch, take mental notes. He’d show me records, artists that I’d never heard of. He was never secretive, he was always like, “You can learn just like anyone else”. He was one of the first to show me music production as well. He taught me a lot.”

“His whole humility and being a part of the party rather than being the spectacle of the party, we’re in this together, it’s not me up there, it’s us. I think it made him a better DJ, having that deep connection with the crowd. Through those interactions. He was very self-deprecating, typically English humour, he was very high-brow, but he was prone to dropping a few dad jokes. He was the dad in our group. He was the most well-travelled, the oldest. We were all his kids.”

After Ajax passed away, the crew naturally drifted into different directions, pursuing their own music careers, moving overseas, and building families. But they are determined to keep his legacy alive. In a couple of the years that followed, they reunited for one night only, paying tribute to Ajax at their old stomping ground, Club 77. On their wind-down, Gus says that they had a good time for a long time, and got spat out on the other side.

“I reckon if Jamie was sitting here right now he’d be like, “Nah, take it all back”. [But] I learnt a lot about the world, and people, and how to survive on 4 days with no sleep and pretend like you’re sane. There’s no reminiscing though, we don’t talk about the old days, it’s still all just moving forward.”

In this podcast episode, you’ll hear plenty more stories from Gus Da Hoodrat about the most memorable Bang Gang moments, reminiscing on Ajax’s antics and legacy, and find out just who DJ Butt Fuck is. It’s available below, or wherever you listen to podcasts.