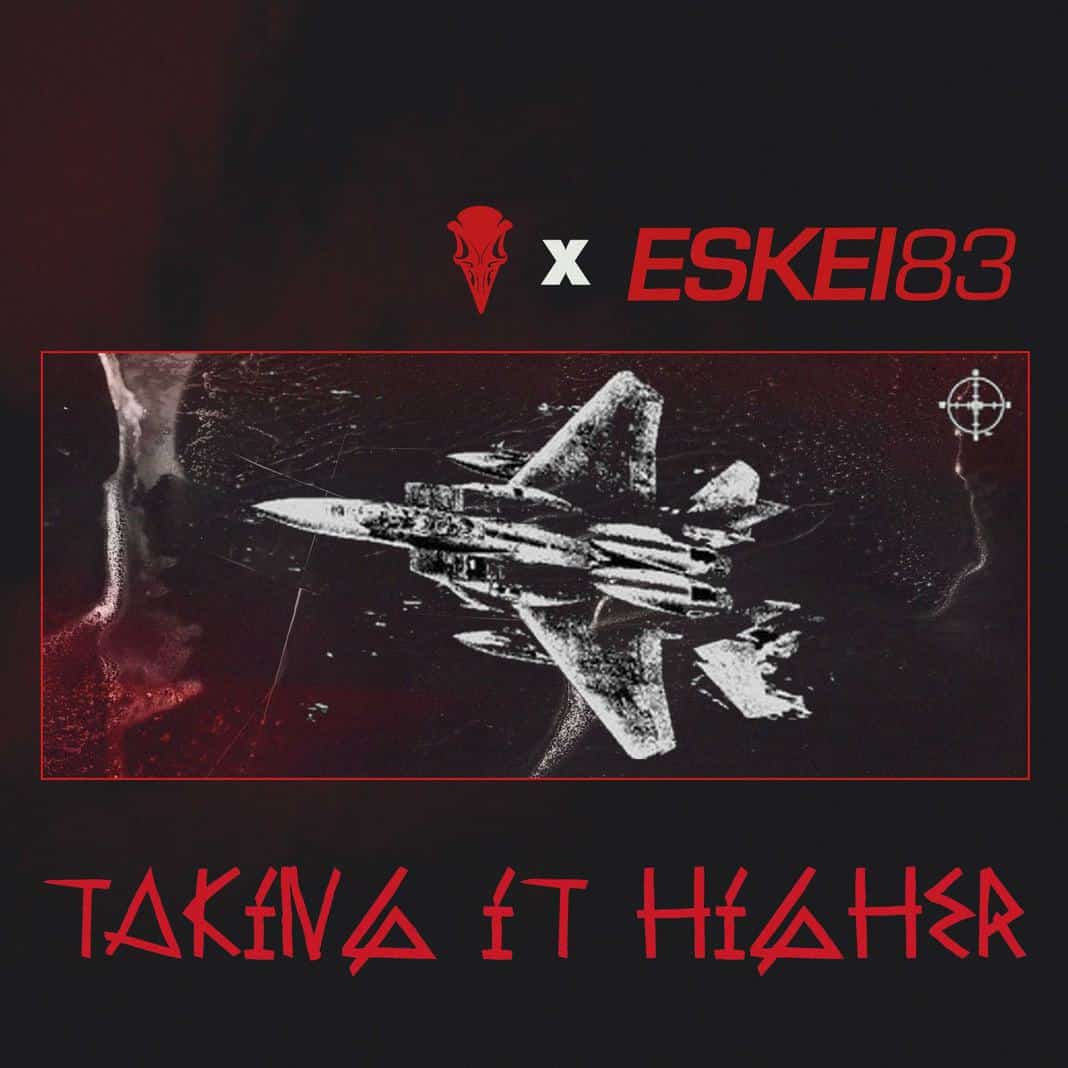 International electronic stars ESKEI83 & BLVCK CROWZ are joining forces for the drum & bass anthem ‘Taking It Higher,' out now. ESKEI83 is a world champion turntablist and renowned producer with releases on Circus Records and support from some of the biggest names in electronic music including Diplo, Alison Wonderland, What So Not, and many more. BLVCK CROWZ have been making major waves in the DnB scene with their breakout smash ‘Shadows’ gaining over 1.4+ million plays on Spotify. The new release fuses their styles in expert fashion.

‘Taking It Higher’ is nothing short of epic. The opening vocals from BLVCK CROWZ, “We’re taking it higher, show me your lighter, we’re taking it higher, the world is on fire,” provide a powerful foundation and primes this one for festival sets. The intensity along with the drums build as the vocals are looped. The drops pack maximum energy and are assured to have listeners shuffling and singing along. Subtle flourishes of ESKEI83’s turntablist roots are the perfect touch to take the track to new heights. ‘Taking It Higher’ is the definition of a drum & bass anthem in 2021. The track has already received support from Gravedgr on the Space Yacht Live Stream and was a favorite on Space Yacht’s Tune Reactor show.

“The collaboration was planned for over a year. As soon as the vocals were written, we knew this was the track we were waiting for.” – ESKEI83 & BLVCK CROWZ