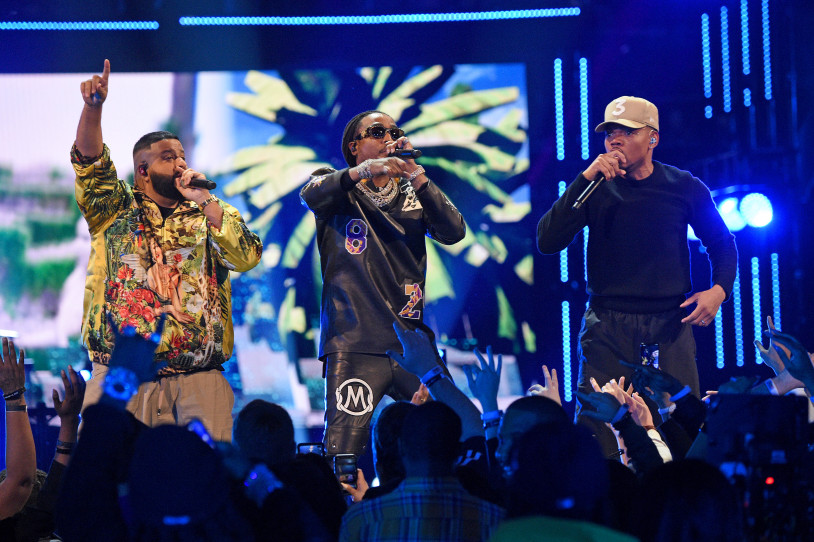 Chance the Rapper is not one to be shy about his admiration for his hometown of Chicago. Over Presidents Day Weekend, the Windy City’s favorite son pulled out all the stops during his halftime performance at the 2020 NBA All-Star game, proctoring a performance chock full of heartwarming moments.

Accompanied by a full live band and gospel choir, Chance runs through a 12-minute medley of some of his biggest hits. Right out the gate, Lil’ Wayne appears onstage to perform his verse from “No Problem.” After being joined by a troupe of dancers for TikTok-hit “Hot Shower,” Chance brings out Quavo and DJ Khaled for their hit single “I’m the One.”

Chance closes the set with a somber rendition of “I Was A Rock,” dedicated to late NBA legend Kobe Bryant. Wayne—with Lakers jerseys wrapped around his legs—pays tribute to Kobe and Gianna Bryant during his guest verses, changing his lyrics to “Rest In Peace Kobe Bryant and his daughter, blood.” The halftime performance is Chance’s first since canceling his previously-postponed The Big Tour, which reportedly had low ticket sales despite The Big Day debuting number two on the US Billboard 200.