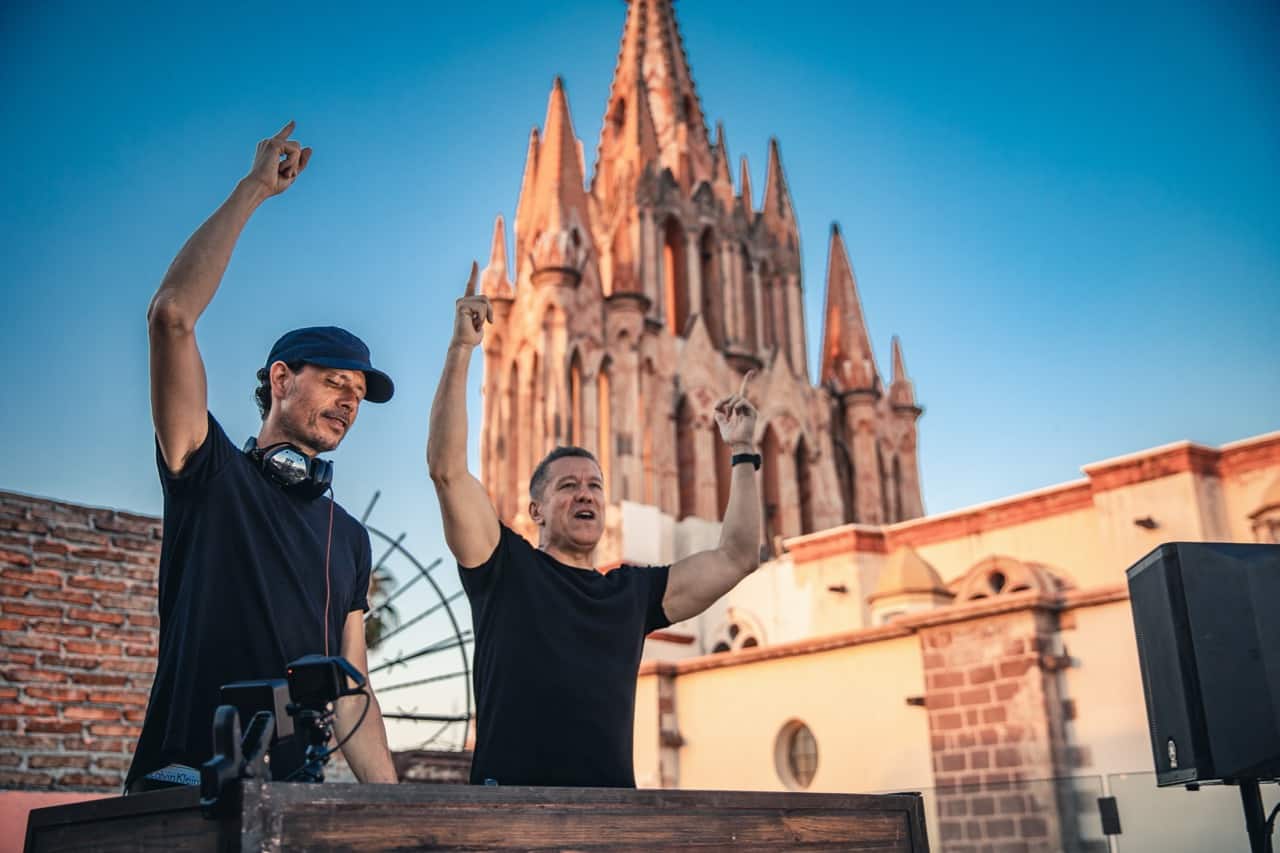 Blazing the trail to ‘MOSAIIK’ – their hotly anticipated 2021 album, CG makes a welcome return to Mexico – the country that hosted the event that many consider their greatest-ever performance: ASOT Mexico 900. This time though, setting and circumstance are markedly different, as the duo roll on San Miguel De Allende in Mexico’s central highlands.

Now, for the travel-heads out there, that name might be ringing some serious bells, and for the finest of reasons. Voted Condé Nast Traveller’s Best Small City In The World in 2020 (and for the third year running no less!), Nic & Bossi have harboured a dream to stage a show within the UNESCO World Heritage city for some time.

This month that moment arrives, as – from the rooftop stage of the city’s Selina venue – they will simulcast their second ‘MOSAIIK’ livestream into the night via YouTube, Facebook and Twitch (all accessible via https://cosmicgate.lnk.to/sundowner). Back-dropped by San Miguel’s spectacularly lit Baroque architecture, and in the shadow of the historic cathedral, May 19 will see Nic & Bossi drop the latest/greatest spring-sonics on offer. From 6PM CET / 12PM EST / 9AM PST you’ll also be the very first to see, hear (and feel!) Cosmic Gate’s second ‘MOSAIIK’-pathfinder, ‘Feel It’.

After ‘Blame’s mood-fuelled opener, ‘Feel It’ trades in sub-bass boom, clock-tick percussion-tension & true grit synths, swing the needle to the top-of-its-drop and a stadium-sized conclusion. Released two days after their May 19 Mexico livestream set, you can turn it up… and ‘Feel It’ from May 21!