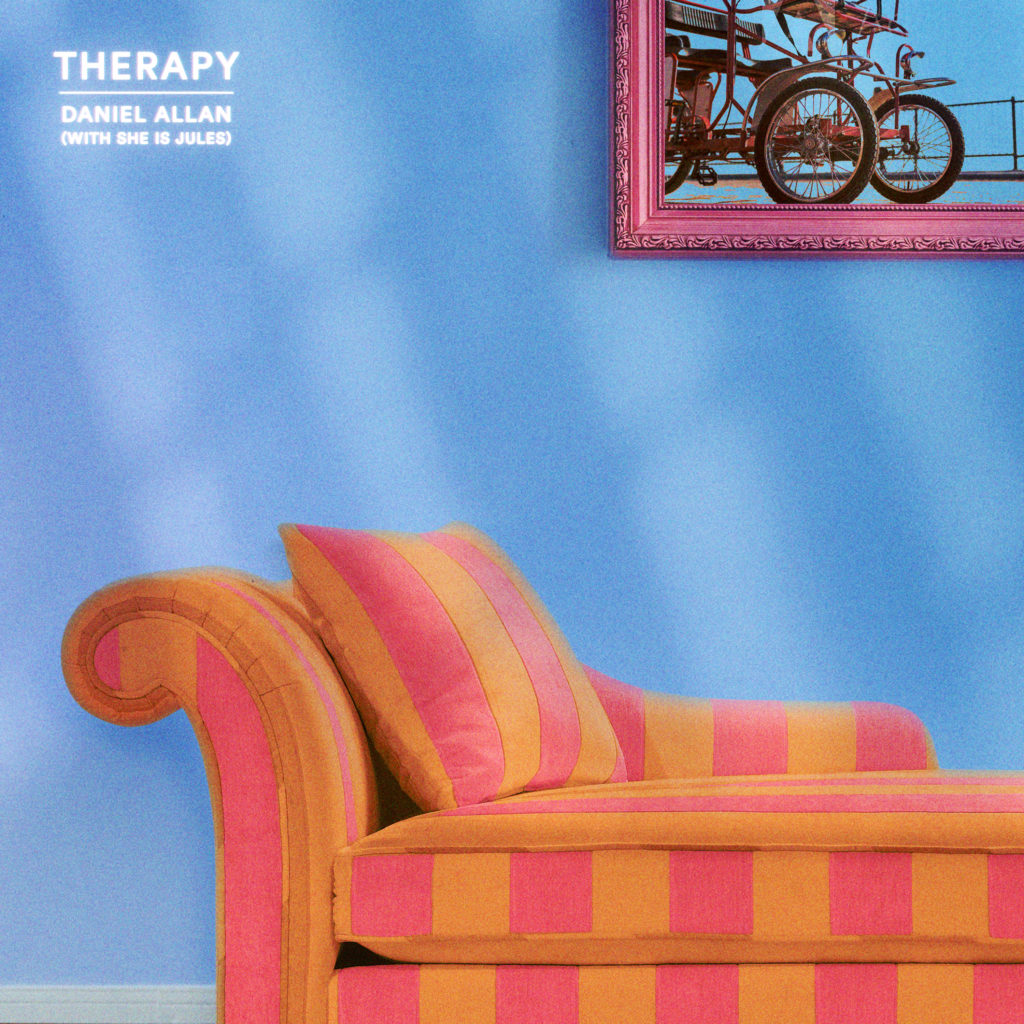 Daniel Allan and She Is Jules have come together to release their new, relatable single, “Therapy“. Production of the track started in March 2020, and is inspired by the frenzy of the early stages of quarantine. The collaboration on writing between Daniel Allan and She Is Jules shares an empowering approach; an approach on ideas that could arise in a therapy session.

The pair hope their new electronic-pop single brings their fans together. To dance away all their frustrations this past year has caused is the ideal intention. They also want their fans to know it’s okay to get help. As such, therapy could lead you to become a stronger, more confident person than before you walked into the room.

Daniel Allan is a 23-year-old producer and songwriter from Louisville, KY. Since starting his eponymous music project almost two years ago, Daniel’s unique sound has garnered over 9 Million Streams across all platforms and received radio support from The Chainsmokers, Two Friends, and Liquid Todd on Sirius XM. Daniel had started to build up his show experience before the pandemic, opening for The Lost Kings, Grandtheft, and Bingo Players. The young musician just made the move to Los Angeles to pursue a career in music full-time after graduating from Boston University, and is already making waves shortly after touching down.

San Francisco Bay-Area-born, songstress and top-liner, She Is Jules (formerly known as “JULES”) has accumulated over 2 million streams and 300,000 monthly listeners on Spotify. She began writing at 8 years old and grew up performing with her acoustic guitar at church events, festivals, and even bars. She is Jules’ broody lyrics contrasts with her ethereal pop vocals. Accordingly, this creates a safe space in her music to be especially vulnerable, and much like herself, quirky.