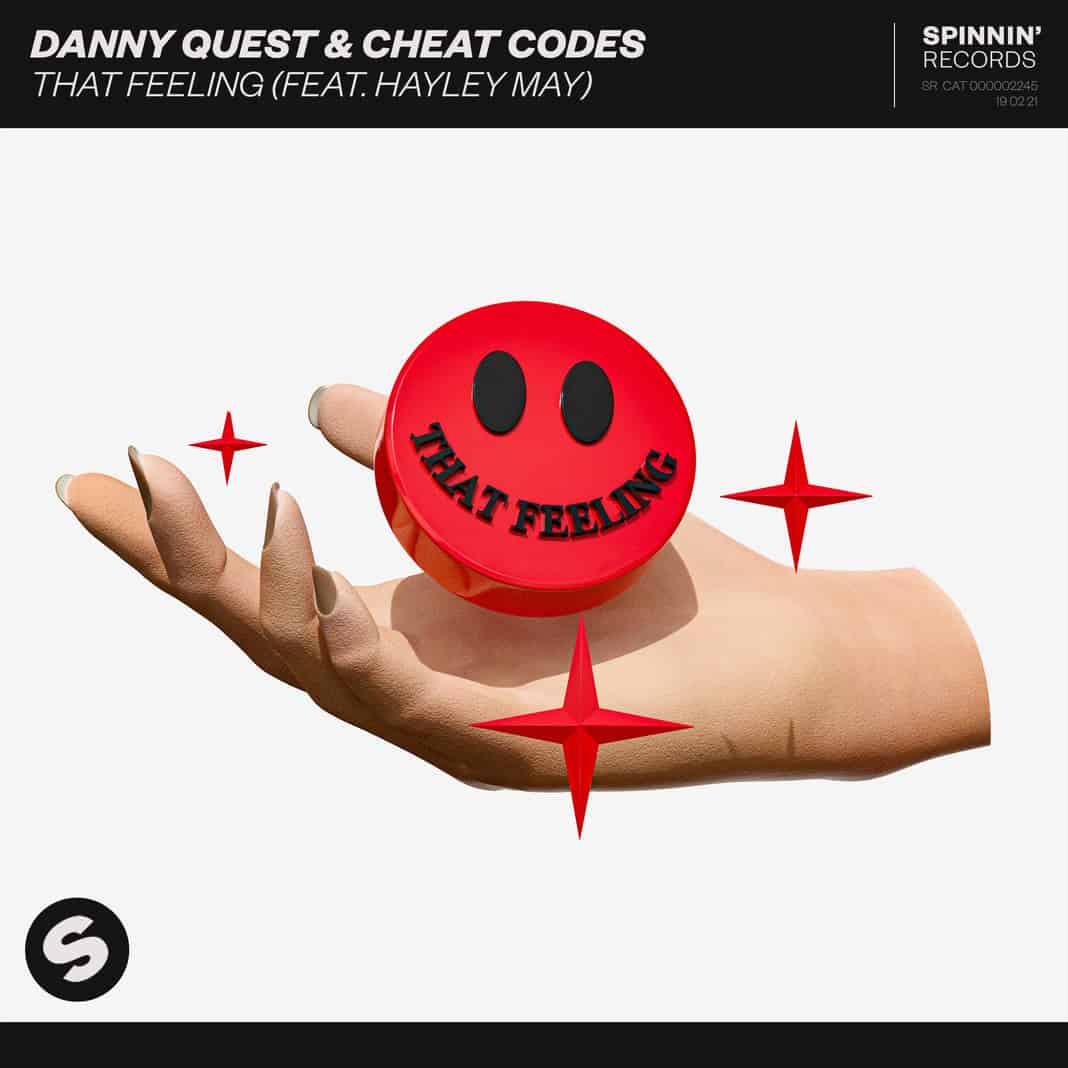 As 2021 is getting into its groove, a highly anticipated collab has emerged for what’s sure to be one of the year’s ultimate dance gems. Following their earlier hit records together, US acts Danny Quest and Cheat Codes have now dropped an upwinding piece of vocal house, featuring the ecstatic vocals of London singer-songwriter Hayley May, warm piano chords, and punchy drops. For sure, life is good with ‘That Feeling’ – out now on Spinnin’ Records.

Safe to say, these guys have a name to uphold. Danny Quest has been delivering sure-shot club tunes for a couple of years now, first making waves in 2018 when teaming up with Cheat Codes for the popular tune ‘NSFW’. A year later, the guys followed up on this collab with the massive hit record ‘I Feel Ya’, a moody piece of vocal deep house that struck a chord with a wide audience.

Maintaining a prolific pace, the US trio Cheat Codes has steadily amassed a diverse discography, including the platinum Pop Radio Top 5 smash ‘No Promises’ [feat. Demi Lovato], the gold-certifiedFeels Great’ [feat. Fetty Wap & CVBZ], and gold-selling breakout ‘SEX’ with Kris Kross Amsterdam. Speaking to their international impact, ‘Only You’ [feat. Little Mix] soared to #1 on Pop Radio in the UK, while they received dozens of platinum certifications in 20 countries.

By now, the guys are renowned for exploring their potential in genres as wide as pop, R&B, electronic, and alternative. This has resulted in millions of streams (as of 2020, their total stream tally eclipses a staggering 6 billion plays) and a global audience eagerly looking out for every new release from this continuously evolving, inimitable group. Coming soon, the group will drop their debut full-length album.

Expectations are high as the acts join forces again. ‘That Feeling’ sees Danny Quest & Cheat Codes return in style, turning up their energy a few notches as they fuse the powerful, soul-drenched vocals of Hayley May with an uptempo house groove fueled by hot blooded piano chords.

As if there’s no time to lose to get this party started, the record bursts out with lively hooks, sweet drum rolls, and punchy beats. Making ‘This Feeling’ an incredible blend of classic house vibes and strong, contemporary sounds, as well as underlining both Danny Quest and Cheat Codes’ eagerness to get this right, once again.

And sure enough, they did. If there’s one record that’s able to get the spirits lifted again in 2021, it’s this one. Thanks to its relentless groove and feel-good character, this is a tune that will last a long time. We couldn’t have hoped for more: a new year, a new team-up, a fired-up house gem, and a party that’s ready to start with ‘That Feeling’

“We are so excited to have been able to make this song with our best friend Danny Quest! This is our third one together, and we are so glad to be able to keep working with him.” – Cheat Codes