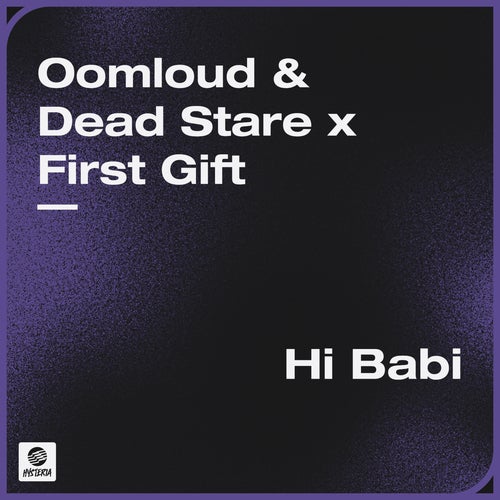 “Hi Babi” then appeared on Episode #234 of the Bingo Players‘ “Hysteria Radio” show. Afterwards, the likes of Afrojack, Hardwell, Fedde Le Grand, Blasterjaxx, Plastic Funk and Jewelz & Sparks have praised the track. Check out the music video for Hysteria Records’ “Hi Babi” below and also, download and stream the track now.

To introduce the producers of “Hi Babi”, first up is the Hungarian-American duo of Dead Stare. There is more than 10.000 miles between the two artists. Gergő lives in Győr, Hungary while DJ Broken Record lives in Santa Rosa, CA. However, they work together extremely well. The producers have recently made some very magical music together under the name “Dead Stare”. It’s something powerful and nothing short of a bass-heavy, percussion-packed thrill ride that shows in each track thus far.

Most songs are based on old-school influences from the sounds they listened to while growing up and beginning to produce. Some influences include Bubbling, Reggaeton, Techno and House. After they already achieved doing shows together in real life. Dead Stare are looking forward to achieve more in the future and getting their story known through their releases. Check out One EDM’s exclusive interview with Dead Stare from March 29, 2020

Swedish-born producer First Gift, also known as Jonas Isaksson, has been developing his own sound through his record label Durp Supera since 2013. With releases on labels such as Hysteria, Panda Funk, Brooklyn Fire, Dirty Dutch Records, he is looking forward and working hard to spread his weird experiments all around.

Consisting of two longtime friends who share a passion for house music, Oomloud was a project waiting to happen. After successfully working on their individual careers, these guys decided to work together and quickly realized that there was that famous click.

Learning from each other, adding techniques and combining styles to create a flow that has already resulted in an impressive collection of tracks. After their debut track “Tic Toc'”with Bingo Players, the Dutch producer duo continued to develop their unique bouncy and clubby sound. That unique sound has already earned the support from some of the world’s biggest DJs.