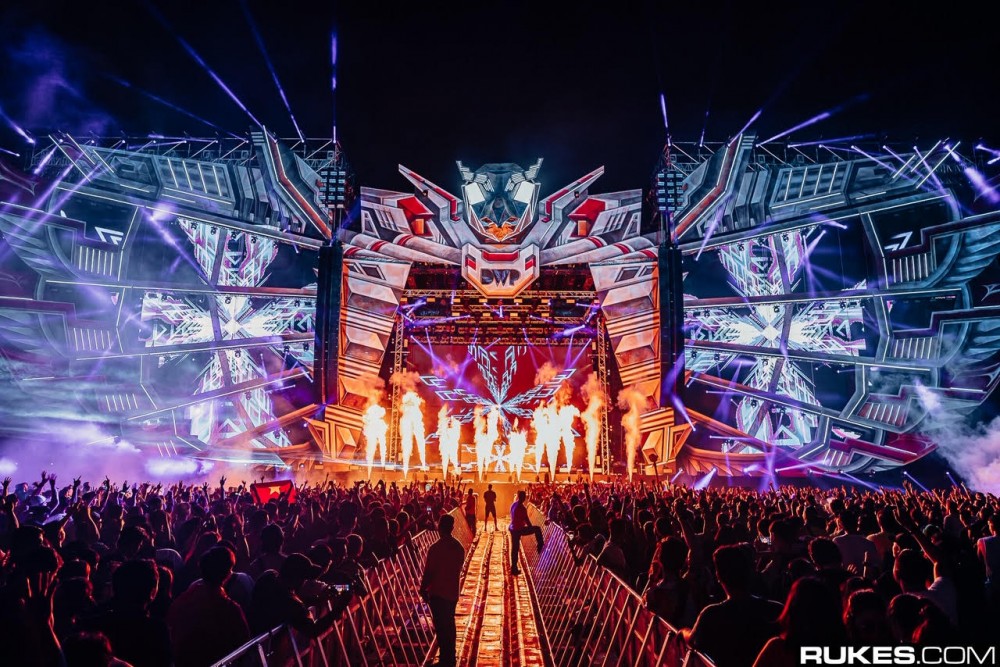 The Djakarta Warehouse Project no longer takes the physical form of a sweaty, underground rave, but certainly embodies its spirit. In 11 years of trial, triumph and exponential growth, the behemoth three-day festival now leads the pack in paving Asia’s ever-growing electronic music community.

In 2018, its annual event was briefly re-homed to Bali, an exotic playground and destination spot for tourists and locals alike, in celebration of its 10th anniversary. The 10-year celebration brandished a stark contrast to the festival’s (still being written) history in Jakarta’s concrete jungle, typically characterized by dazzling lights and the general demeanor of hustle. The 2019 edition returned to its home base in the heart of Jakarta, surrounded by skyscrapers and the looming clouds of cigarette smoke in the country’s bustling capital city. The indoor/outdoor crossover grounds of the Jiexpo Kemayoran reclaimed the festival’s home for the Dec. 13-15 weekend, which boasted endless exploration opportunities across their combined 100,000-square-meter property. The return of the Djakarta Warehouse Project to its home incited sparks of a serendipitous magic, as the festival anticipated its largest year yet.

A festival that embraces its grandiose nature, the Djakarta Warehouse Project has grown to boast an endless fold of sumptuous sights. The festival’s three-day takeover is possible due to the collective efforts of a dedicated team, transforming the setting into an eclectic, adult playground. From the A-list lineup to the elaborately unique stage designs, equalized focus on production, musical curation and attendee experience was prevalent from the get-go. The 2019 lineup was topped by household names in electronic music, sourcing heavyweights such as Calvin Harris, Skrillex, Martin Garrix, Disclosure, and Zedd to conclude each night of the event. Among a bevy of local and international talent recruited on the bill, the Djakarta Warehouse Project successfully partnered with the internationally acclaimed party series, elrow, and Amsterdam-based label Barong Family for hosted stage takeovers, inviting top-tier talent to each night’s setting.

One of the standout facets of the weekend was elrow’s one-day touchdown, which transformed the festival’s third stage to an alluring, above-water oasis set for the high seas. For those unfamiliar with the name, elrow is best described as a travelling party series, famous for its extraordinarily themed gatherings with exuberant colors, costumes and creative flair. Their team works internationally to host outrageous events, proving that a precedence can always be re-established in the world of entertainment. Elrow’s “Rowmudas Triangle” theme transported party goers into an aquatic paradise, overwhelming the senses with the sights and sounds of a ship-wrecked fiesta. The headlining slot was owned by bird-masked manifesto Claptone as he played a range of his signature club hits into the early hours of the morning. In true elrow fashion, inflatable palm trees were seen coasting through the crowd, confetti from cannons was fired into the oblivion, and the collective vanished as quickly as it appeared, with no trace of their existence by the following night.

The Djakarta Warehouse Project’s over-the-top production and ostentatious site design not only asserts its position as a blazing force in the international festival fold, but also a premier destination event across Asia. Some may view the festival’s immense success as falling in line with the exponential amount of large-scale liquor and cigarette sponsor activations, which can contribute to a largely commercialized environment. Such sizable partnerships may be interpreted by some as a purely profitable decision, yet the festival’s very essence was as warm as the humid night sky during peak nightly hours of the festival—which, to be fair—was sweltering at times.

Yet, what really champions the festival’s success is its continued focus on its people, ranging from the festival attendees to the on-site staff. As a festival that caters toward more than 100,000 people over the span of 72 hours, it’s no easy feat. Events company and festival organizers, Ismaya Live holds an esteemed reputation among the continent, and over the years have conceptualized and executed world-class events, all while maintaining familial values close to their heart. From the behind-the-scenes festival team, to local artists welcomed back to the stage, the Djakarta Warehouse Project has played an imperative part in the growth of the electronic music scene across the nation.

Speaking on her own success is Kallula, an Indonesian pop singer, songwriter and one-half of electronic duo KimoKal. Before she returned to the festival for her sixth time, a performance with friends and music collective PYT Soundsystem, she spoke to the festival’s impact on her growth as an artist:

“It’s been amazing to be a part of this culture that’s evolving, and becomes what we are today. We’re so proud of the festival itself, it’s one of the biggest in Southeast Asia… I feel like this festival has been like a family to me, they’ve connected me to so many DJs and artists. I performed once with Diplo in Bali and talked to him, and he ended up playing my song in his set. I was like ‘Oh my God I’ve been such a fan to him, and he played my songs! It’s insane.”

The acceptance of commercial electronic music has been widespread across Southeast Asia throughout the last decade, as DJs such as Tiësto, Calvin Harris and Armin van Buuren dominated the scene with approachable, radio-friendly hits that populated the speakers of nightclubs and wrangled its way into the mainstream media. However, the acceptance of smaller, yet budding underground genres wasn’t immediately welcomed. The transformation of the Indonesian scene wasn’t apparent overnight, but influential forces like the Djakarta Warehouse Project made its stake in developing the community’s future.

The Djakarta Warehouse Project’s latest romp was illustrated by bold and brazen efforts, from markings as obvious as the varied A-list talent to the over-the-top stage designs, proudly built around the cultural significance of their national Garuda, the emblematic figure on the nation’s flag. After fine-tuning the festival over 11 years, the team excelled in their latest iteration in grandiose fashion, conducting the event meticulously and mightily, showing the sound of Jakarta isn’t simply defined by a singular direction, but instead a diverse culmination of both developed and budding musical palettes.

More photographs from the Djakarta Warehouse Project are available here.