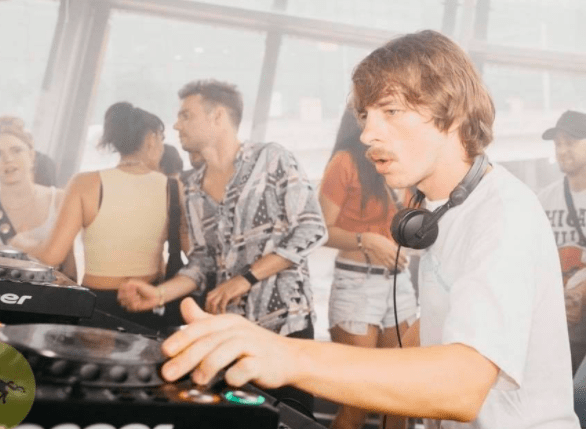 The U.S. Department of Justice placed an extradition order on German-based Techno DJ Denis Kaznacheev. The DJ faces charges of money laundering and other “dark web activities.” German authorities currently have him detained in a Berlin prison on behalf of the U.S.

Denis Kaznacheev is originally from Siberian-Russia but has since made his name in the Berlin EDM scene. Kaznacheev has worked in a well-known duo, known as Easy Changes, and is also the co-founder of Nervmusic records.

Now all of this may sound confusing. However, due to the law of extradition, this whole scenario is entirely legal. According to HG.org, an online legal resource, extradition is defined as “when one state or country provides a person that committed a crime in that other location so that he or she will face criminal trial or penalties in that area.” Crimes that fall under this law vary based on location but can include treason, felony crimes, and other illegal activity.

Extradition cannot occur just by the U.S. ordering Germany to arrest Denis Kaznacheev. Before extradition occurs, officials take these steps. First, there must be clear, correct, and appropriate documentation. Next, a person must be charged with the crime in that state/country. Lastly, officials need to verify that the charged person and the extradited person are indeed the same individual. Once these steps are taken, then the courts determine if the order is valid and/or needed. If the order is valid, then the person of interest is notified.

Kaznacheev continues to plead his innocence in these charges. The artist states that his identity was stolen and used for these crimes.

Fans have shared their shock by this arrest and its potential false charges. According to an editorial from Trommel, there is no evidence of Denis Kaznacheev’s crimes and he is potentially a victim of mistaken identity. Kaznacheev’s agency has also shown their support in the artist’s innocence. A post placed onto his Facebook page shares a quote from Kaznacheev himself asking for action.

The quote reads “Make noise! I am innocent here. Please get me out of here!
Everybody, I need your help! Please help me!”

Both a petition and a GoFundMe page have been created in order to release Kaznacheev from Berlin’s Moabit prison.