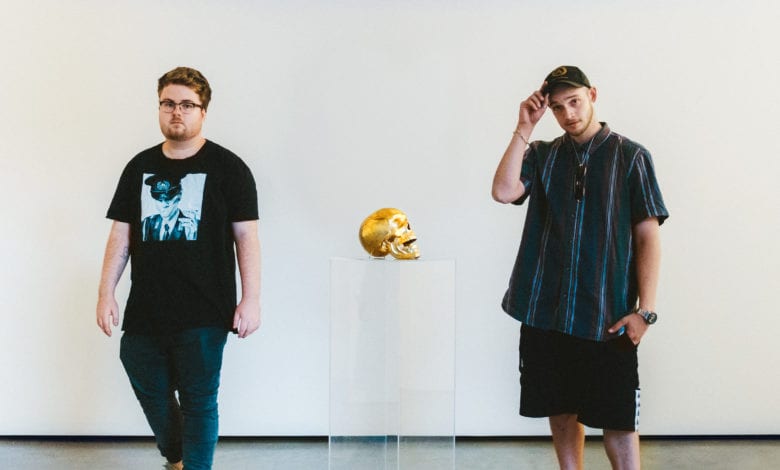 The album combines its previous three EPs along with seven brand new tracks that fuse elements of pop, dubstep, hip-hop, classical, and electronica in a riveting fashion. Additionally, the cohesive feel of the album blends melancholic songwriting with a bold, colorful sonic palette. However, these nuances cut brightly against the beautiful voices of their inspiring vocal collaborators. From the contrast of somber French horns and distorted synth swells of the intro track “Panorama” to the last note of the languid, woozy closer “Treasure Map,” this succinct album is a masterpiece.

“Open Blinds” has tinges of Bon Iver set against a galloping, drunken beat and buzzing bass tones. Lead single “Sunburn (Reimagined)” provides a more organic-flavored version of their biggest hit. At the same time, “Looking Back (Reimagined)” is an even-more bruising version of their
2018 hit that will set bass lovers into a tailspin. It’s the perfect segue into the stuttering rhythms and joyous synth work of “Virtual Friends (Reimagined)“.

In DROELOE’S world, Vincent focuses on the music while Hein focuses on the visual elements of the project. The music inspires the visuals and the visuals inspire the music, and they work hand in hand to reach the final cohesive work of art. Together, they form an audiovisual duo where their respective disciplines weave intricate stories. Consequently, “A Matter of Perspective” is about their own personal journey of growth. The album is out now and can be streamed below; a deluxe vinyl box set is available for purchase here.