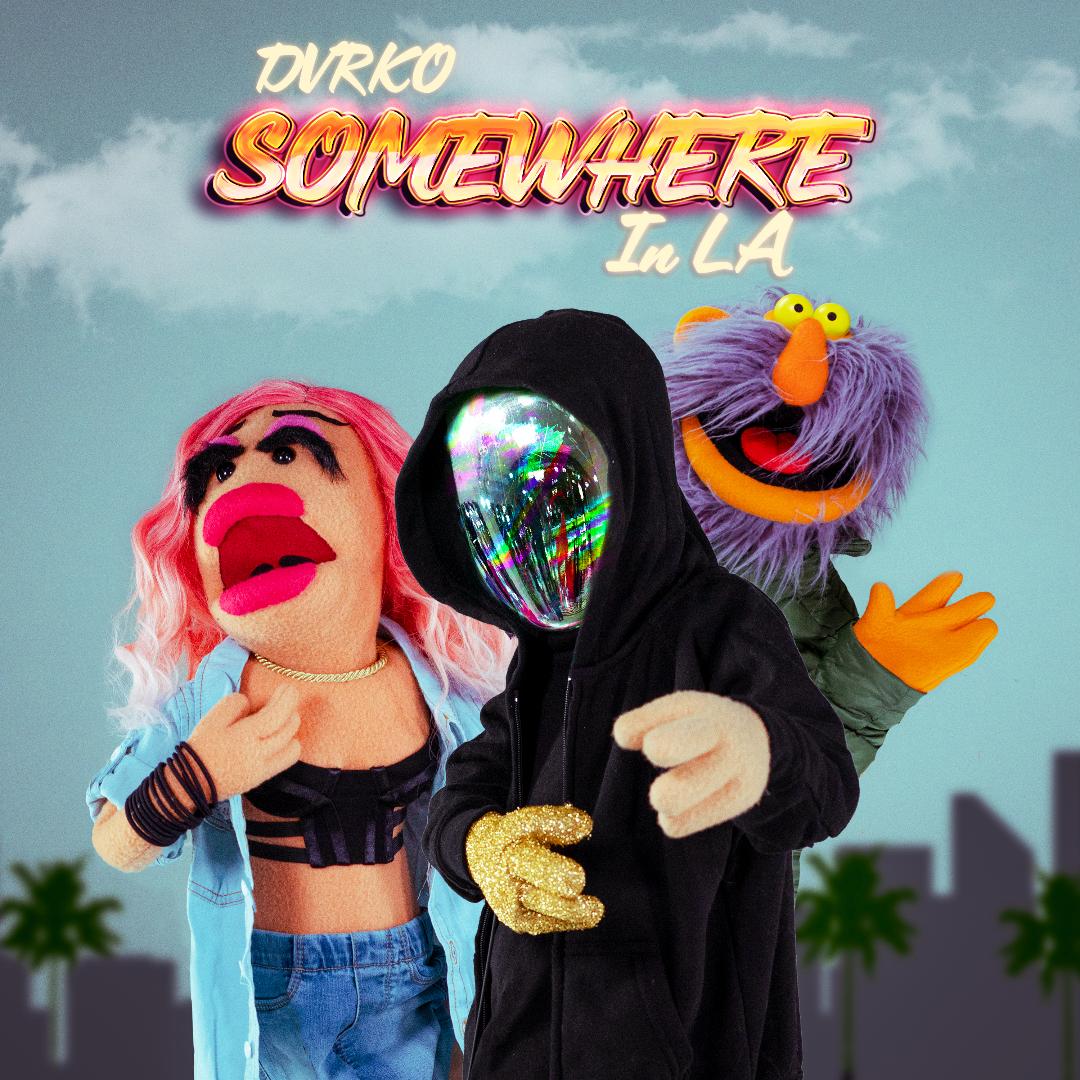 DVRKO released a new single, “Somewhere in LA” on all streaming platforms.

Sarah de Warren, who worked with DVRKO on his debut single, returns to provide vocals on the track. The hype behind the masked producer continues with another high-octane single, back by groovy basslines, dazzling percussion and emotional potency.

DVRKO gained buzz after dropping his debut single, “This is How, earlier this year. Since then he has released a string of equally powerful singles. The mystery of the man behind the beat only furthers the attention he’s been getting. “This is How” ft. Sarah De Warren soared to #36 on the Billboard Mainstream Top 40 Indicator Chart. To date, “This is How” has racked up more than 5 million global streams, with its accompanied music video clocking in at over 1.4 million views. The video has also been featured on MTVU, Music Choice, LA-TV and more. The single also drew an expansive remix pack, featuring reworks from artists including Jayceeoh, BIJOU, Tony Arzadon, ATLAST, DialedIN, San Noel, Dark Intensity, Sam Silver, Freshcobar, and DJ Gozzi. Upon release, the remix pack’s combined Spotify monthly listeners clocked in at over 2.4 million.

His sophomore future-bass, summer anthem, “Lights Up,” has garnered over 1 million streams on Spotify alone. Unsurprisingly, another slew of producers ran to remix the single, such as Robbie Rivera, Black
Caviar and Disco Fries.

Between writing original productions “This is How” and “Lights Up,” the versatile, masked musician released his own remixes of “Cheat Codes” ft. Trippie Redd and blackbear, and Prince$$ Rosie‘s “No Service in the Hills” , in June 2020. In August, DVRKO dropped his highly-anticipated remix of Marshmello x Wiwek “Angklung Life,” a dynamic re-imagining only an artist from the future could manage, and a bouncy, future bass official remix treatment of Neon Trees‘s “New Best Friend.” DVRKO also unleashed his third original single, “Death March,” detailing a prolonged, toxic love affair.

“Somewhere in LA” has lyrics that convey a love story set under the city lights of L.A. The music video hilariously portrays this in the accompanying official music video featuring puppet characters from the Los Angeles-based master puppeteer behind The Muppets, Crank Yankers and more, Russ Walko.