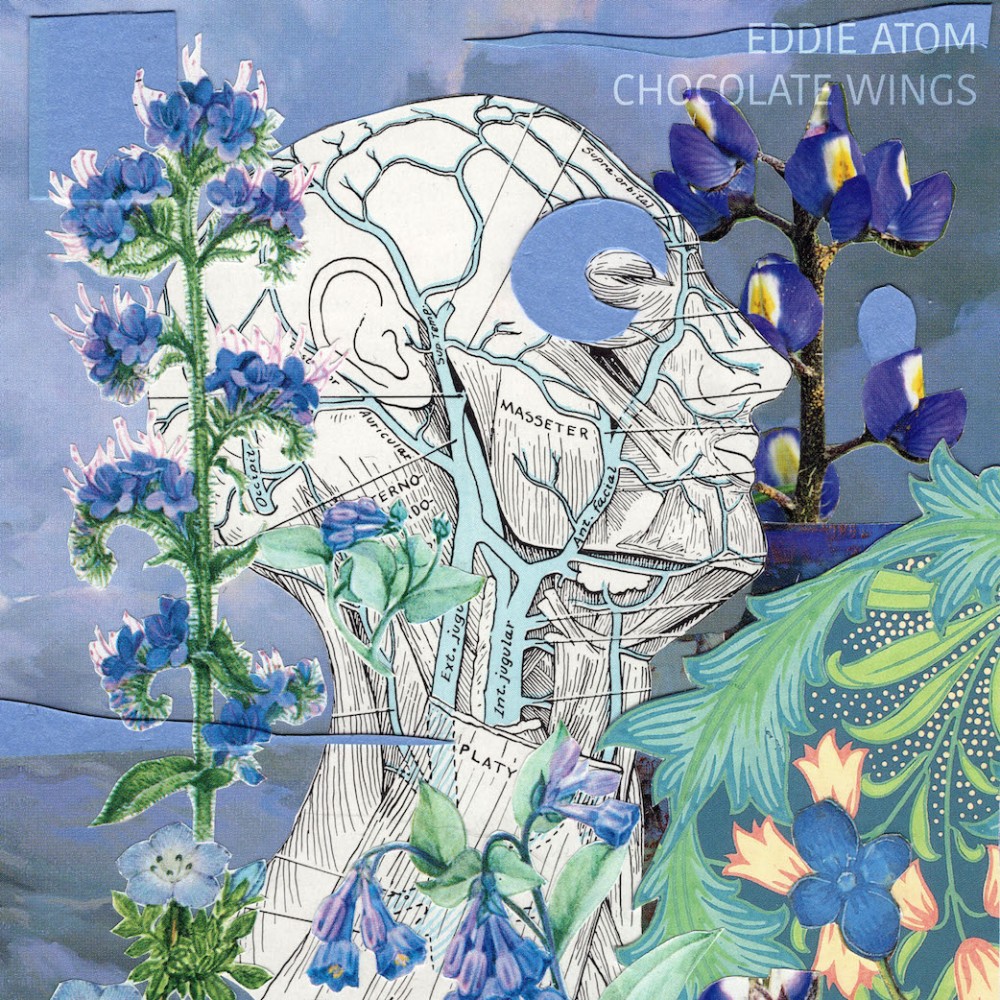 One of our favorite rising musicians, the Los Angeles-based producer and multi-instrumentalist Eddie Atom, has released his latest single “Chocolate Wings,” a gorgeously inventive new slice of psychedelic pop. Last year, Atom made waves with his album Illuminations, an eclectic offering of jazz, blues and psych with elements of hip hop and Zimbabwean folk, and which employed a wide roster of amazing guest vocalists. It was a lush, forward-thinking fusion of sounds that encapsulated “his multicultural background of Mexican, Indigenous and Salvadoran descent as a summation of all the parts of himself that inspire his creative vision.”

Now, Eddie Atom’s new track “Chocolate Wings” builds on that wondrous musical palette via an enticing array of hazy lo-fi-tinged synths, funk basslines, lush lead and acoustic guitar riffs and pulsating syncopated drum machine beats. On the track’s buoyant chorus, Atom croons the perceptive lyrics with a pensive vocal glow: “And everything that you touch/ And everything that you see/ And everything that you feel/ All that you thought to be real.” The track feels like a kaleidoscopic escape, with lyrics that parse the concept of time and space along with sounds that whisk you away into a disorienting but relaxing sonic dreamland. The final hazy vortex of synths, guitars, piano and drums brings the track to a beautifully cathartic end. It’s another impressive, boundary-pushing tune for Eddie Atom that blends vintage and futuristic impulses in hypnotic ways. Give it a spin below: