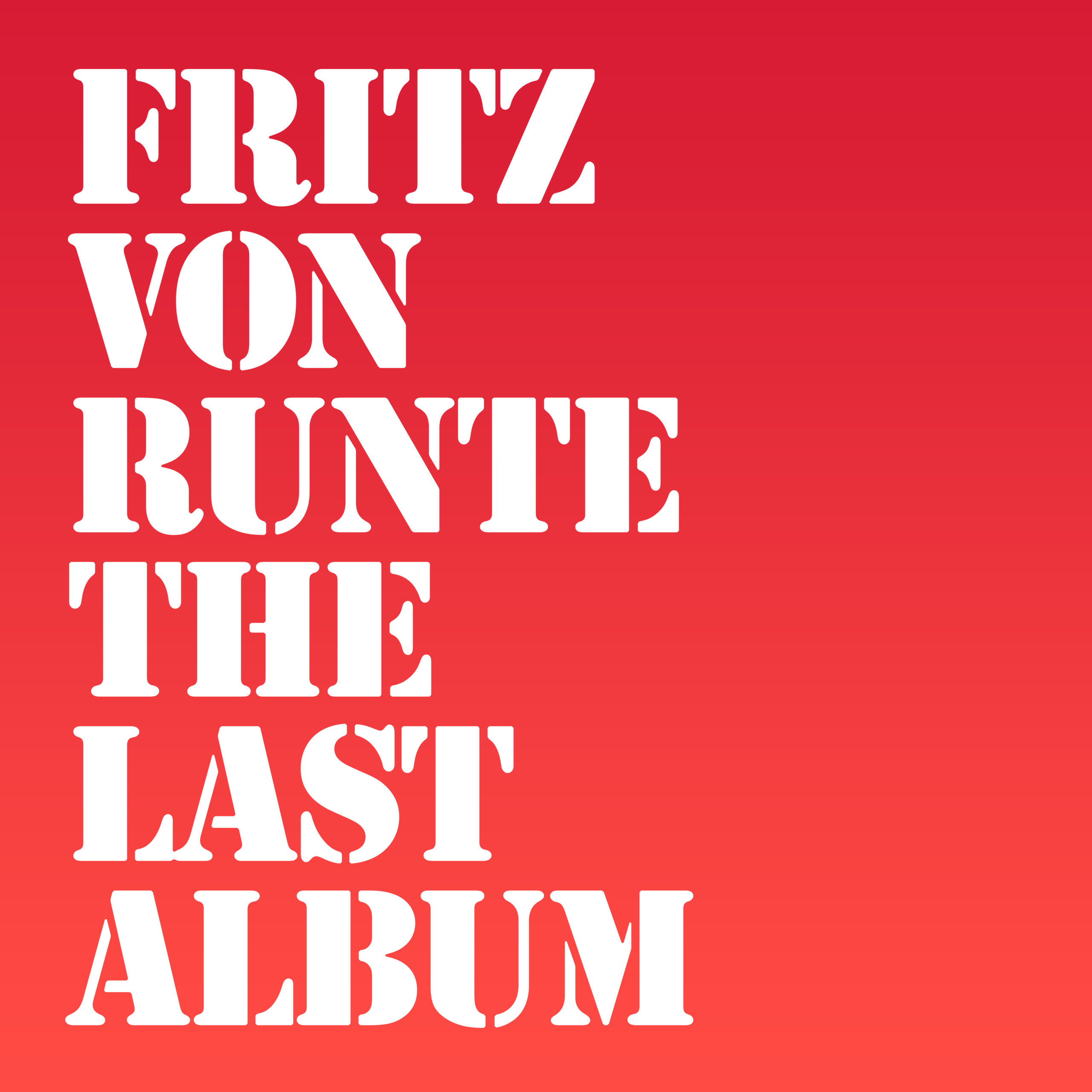 Fritz von Runte is a reclusive Manchester-based DJ and record producer. To emphasize, he has incomparable vision and respect from the highest echelons of the electronic music community. The Last Album is Fritz von Runte’s first record of original music in 11 years.

Staying true to his experimental ethos and continuing to eschew mainstream trends, the album features 15 immersive, left-field tracks with a sterling cast of collaborators. It will guarantee to have toes tapping right away. Expect weighty synths, off-tempo beats, acoustic bass, electronic brass and no shortage of found sounds.

Quietly making waves and working independently since the late 1990s, Fritz von Runte’s trademark multidimensional production style made him an in-demand producer and remixer. His guerrilla remixes of The Beatles and The Beastie Boys took over the internet in the 2000s and his ‘Lily Allen Remixed’ album was the most downloaded of 2009.

He is also known for his official avant-garde remixes – or redesigns, as he called them in the 2010s. 808 State, Pet Shop Boys and Peter Hook’s supergroup Freebass all requested Fritz’ remixing magic.

2011 saw Bowie2001, a project where Fritz remixed the back catalogue of David Bowie, re-edited Kubrick’s 2001 film and mashed it all together – to much critical acclaim.

Most recently, von Runte remixed New Order’s Music Complete entire album, releasing it as Music Remixed. He also produced a concept album in Japan called Bearnoises as “Buses Parking’. Although largely known for his remixes and mixtapes, Fritz has been producing music for films, theatre, art installations and other acts for over 25 years. These experiences do make him a true multi-faceted artist.

In his own words: “2020 is strange enough and it seemed appropriate to do something different”.

The distribution of The Last Album

The Last Album presents an auditory trip of varying curveballs and represent a fine body of work by a consummate artist in his prime.
The album will release digitally and as a Limited Edition CD for the Japanese market. The CD will feature an exclusive remix by techno legend Graham 808 State Massey and House producer Sasse plus exciting collaborations with Leslie Winer, Beca Dreams, Miyakawa Dentaku, and Gary Asquith from Renegade Soundwave.