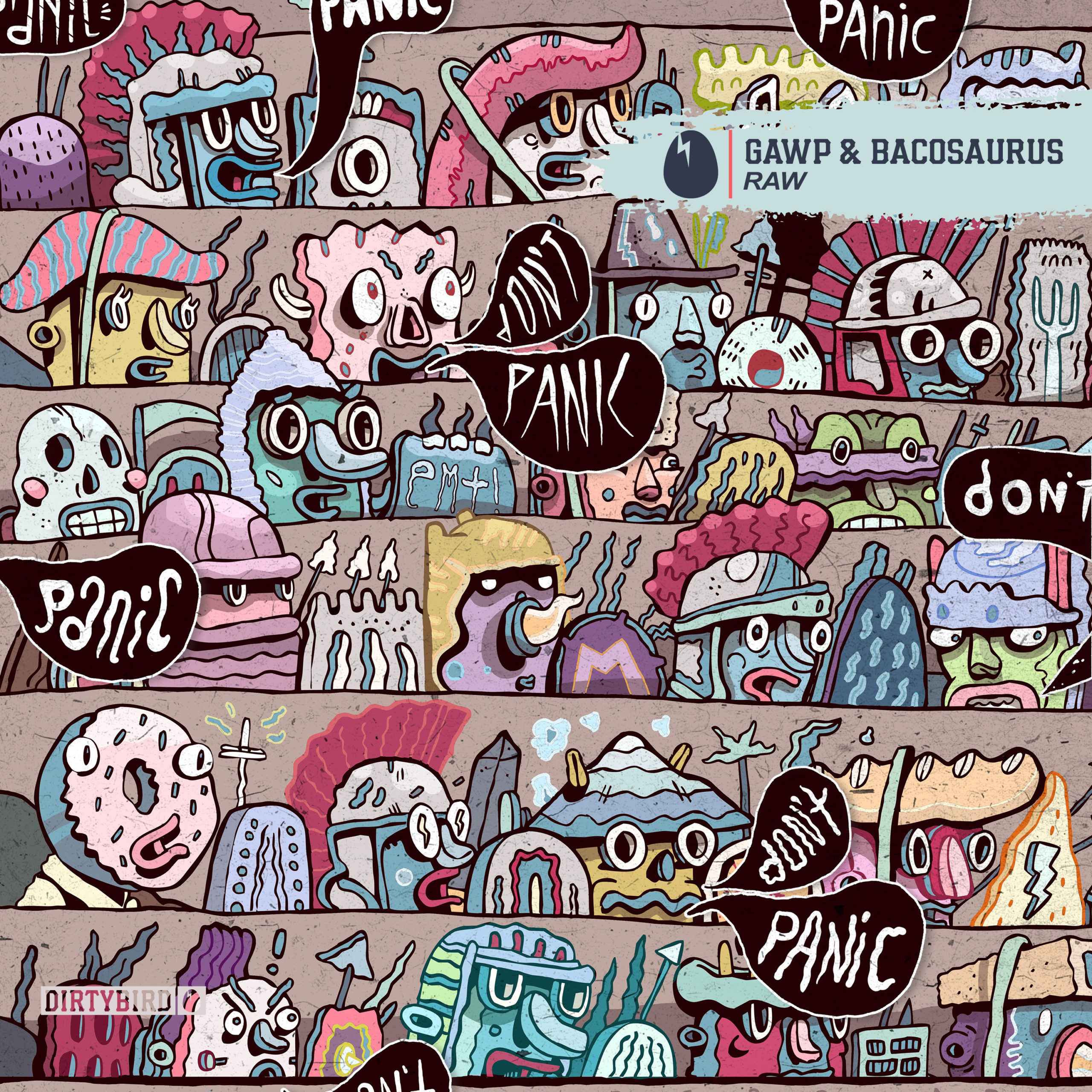 UK-based artist GAWP and Seattle native Bacosaurus have teamed up to drop a house heater with their new track “Raw“. The release is the newest addition to the DIRTYBIRD catalog and marks Bacosaurus’ label debut.

“Raw” captures DIRTYBIRD’s classic tech–house funk sound with various vocal samples, a dirty bassline, and futuristic sound effects interlaced throughout the track. The track is six minutes in length but its continuous groove is so captivating that it would be easy to just leave this song on a never ending loop at the next socially-distanced BBQ.

GAWP has previously released singles alongside highly respected imprints like Night Bass, Elrow, and Toolroom. He has also consistently gained support from established acts such as DIRTYBIRD label head Claude VonStroke, Chris Lake, and Justin Martin among many others. Numerous outlets including Mixmag, DJ Mag, and Resident Advisor have provided coverage on his tracks. All of the above make him an excellent pairing for rising artist Bacosaurus, who has shown promise in the early stages of his career.

With track support from headliners like Fedde Le Grand and Shiba San and label appearances for tastemakers like Anabatic Records and Perfect Driver, Bacosaurus is beginning to establish himself in his own right. GAWP and Bacosaurus have proven they work well together before, releasing the collaborative See You Later, Oscillator EP on Anabatic Records in 2019. It seems that they’ve brewed up another heater with ‘Raw’.

Listen to the GAWP and Bacosaurus’ new track, “Raw”, HERE.