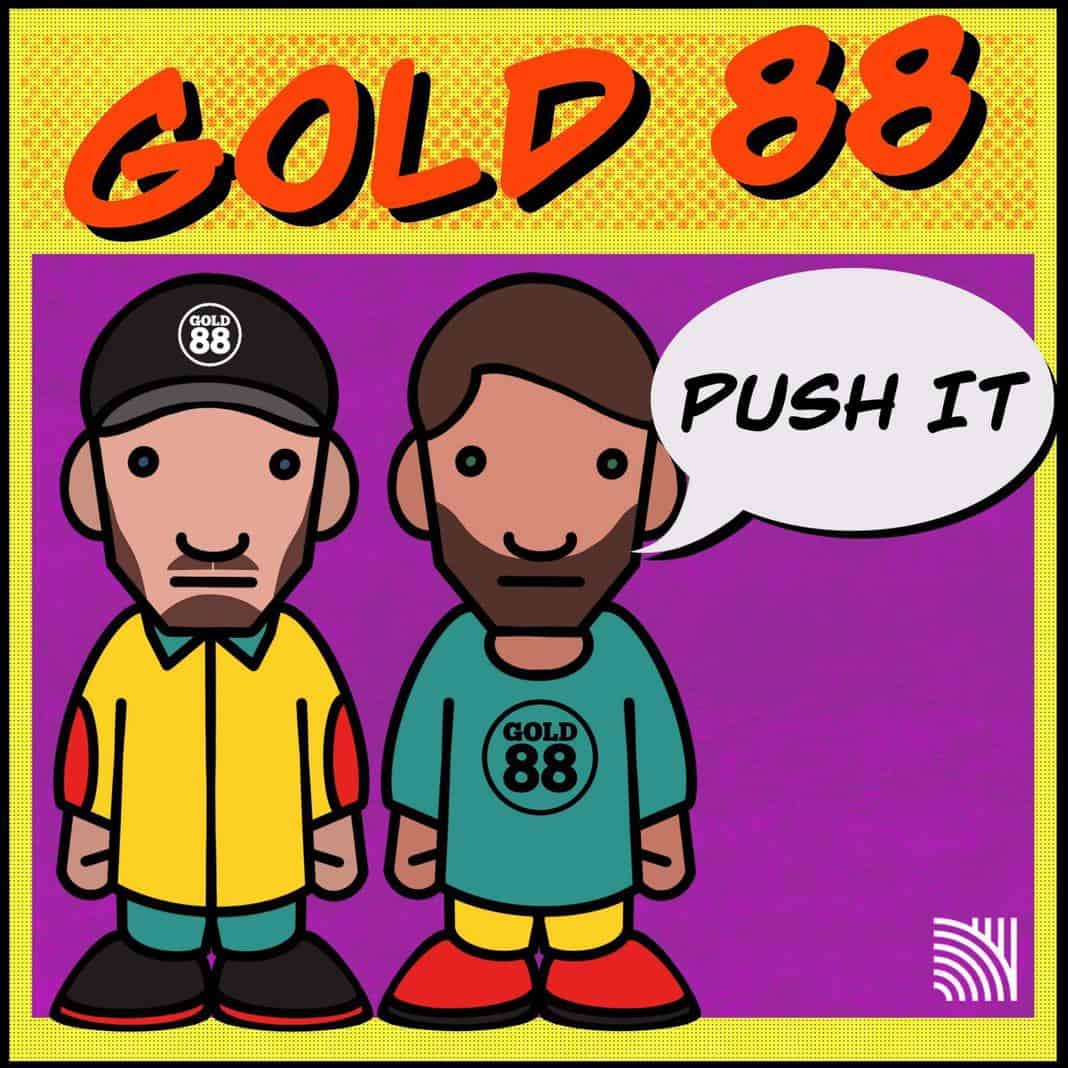 Gold 88 follow up a string of hot releases with Sample-tastic Tech House banger ‘Push It’.

House duo Gold 88 consists of members Danny Morelli and Max Auton; they had their first taste of success in 2019 when their debut release on Subsoul’s Paper Music, ‘Hold Me Tight’, which featured on ITV’s Love Island and supported on radio stations across Europe such as Kiss, Cool FM, RTE, Radio 105, ElectricRadioUK, Juice FM, M-1, and Q Music. The duo was then signed to Sony Music’s B1 Recordings and Ministry of Sound, where they saw their two releases on the label in 2020, ‘DiscoTek’, an underground club roots track, and ‘Keep You Closer’ a more Electro Pop route featuring singer Ola. Both tracks picked up Worldwide A list support and plays from Solomon, Diplo, Skrillex, Claptone, Tiesto, Gorgon City, Pete Tong, Don Diablo, David Guetta, Benny Benassi and TCTS.

With the new single ‘Push It’, Gold 88 takes a classic hip-hop sample from Salt ‘n’ Pepa’s 80s anthem and works it into a storming tech house banger with crossover appeal. ‘Push It’ is supported by an animated 16-bit promo lyric video that echoes the era of the vocal sample and is accompanied by a full-on marketing campaign and promo via Jukebox PR. A remix from US DJ legend Robbie Rivera will follow later in the campaign.