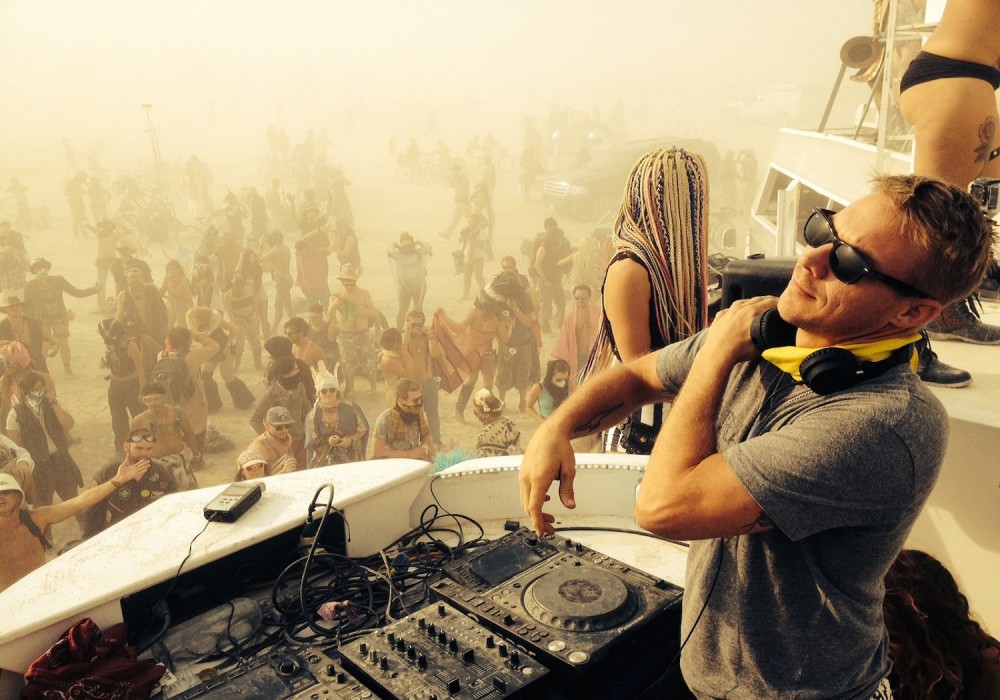 There’s a reason why Diplo‘s slogan is “random white dude be everywhere;” just when it seems like his ubiquity couldn’t be any greater, the crossover maven inserts himself into a new niche. 2019, for example, saw him making a foray into country music with a slot at Stagecoach and a dedicated moniker, Thomas Wesley. Later that year, he launched Higher Ground—a Mad Decent subsidiary dedicated to more classic-leaning sounds of house music. The launch followed his debut at Damian Lazarus’ Get Lost event in Miami.

Diplo’s shift in championing deeper sonics has picked up in 2020, reaching a new milestone in its first warehouse showcase. In tangent with LA underground powerhouses Lights Down Low, the genre-defying juggernaut hosted an intimate showing with Sonny Fedora and Dom Dolla sharing the bill. It was a night filled with various strains of deep house, tech house, and disco. Listen to Diplo’s take on these sounds as he continues to build out this new side of his musicality.