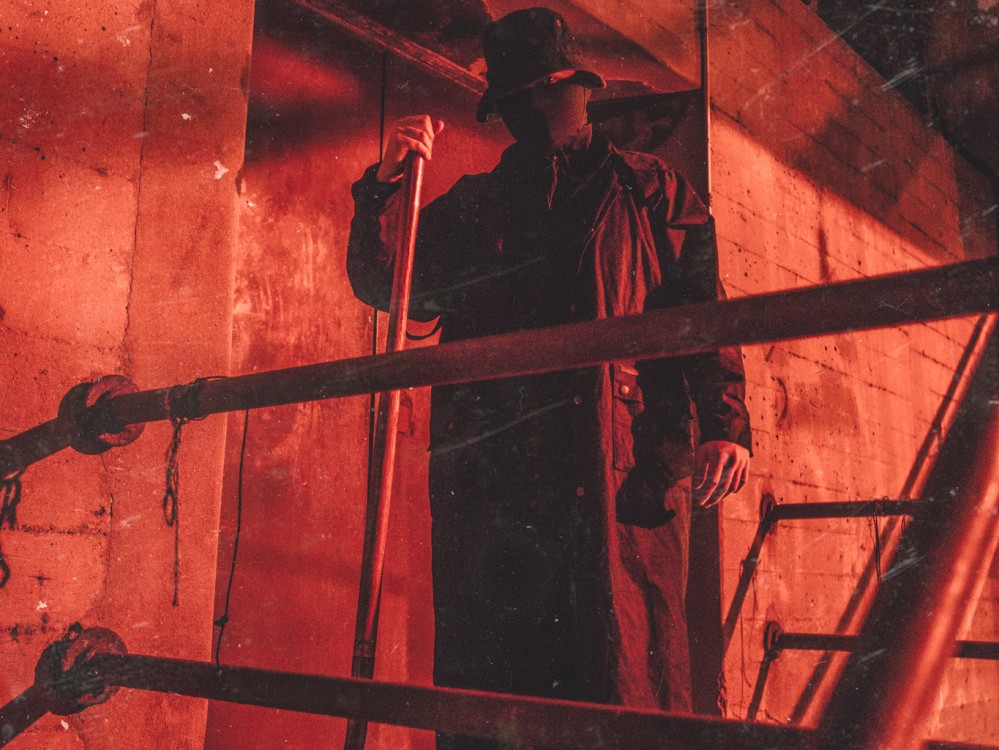 It’s been 2 years since GRAVEDGR landed on our radar with his thunderous debut “Rampage” on Carnage’s Heavyweight Records. Since then we’ve stayed locked on his every move, patiently waiting for his first LP to drop like a napalm across the EDM landscape. A Carnage protege, GRAVEDGR is now one of the most in demand producers on the bass circuit and he’s spent the past year cooking up some maddening productions for his aptly-titled album “6 Feet Under.” No bass genre goes untapped on this 14 track odyssey of sonic depravity.

We sat down with GRAVEDGR ahead of the album’s release to talk about his journey to get here — from literal gravedigger to the hottest ticket on Heavyweight Records — plus some of his plans for the future in our exclusive interview.

“6 FEET UNDER” is your debut studio album. You kicked off your career quite recently, so we’d like to know if the LP was your goal since your day 1?

I can’t remember if it was exactly my goal, however I always knew I wanted to be a project based artist. It really wasn’t until last year that I realized I wanted to do an album at this specific time, and I couldn’t be happier with the vision/art and the music that is on this album.

Your music and image are clearly inspired by your past full-time job as a gravedigger. Was there a specific event that convinced you to transfer the graveyard’s atmosphere to your music and your career as a DJ/producer?

A few years ago when launching the project, the one person that really believed in me was Carnage. He saw me for the producer I am and he helped me bring the vision to life. Since then, it was easy to think back on my past job and allow me to implement the sounds in the music.

When was the first time, and what were the circumstances, when you’ve got Carnage’s attention, who decided to eventually sign you?

This relationship has been about 5-6 years now, but we only really connected in person about 3 years ago when he had me meet him in Vegas. It has been a great relationship and I look up to him in every aspect and forever thankful for giving me a platform to showcase my music and vision.

As we already know, you release your music on Carnage’s label – Heavyweight Records. On “6 FEET UNDER” you collaborate with the likes of Flosstradamus, City Morgue, Awotalk, and Carnage himself. What’s the most challenging and/or crucial aspect of getting all these valuable relationships in that short time and convincing them to work with you?

People like Flosstradamus and Carnage are acts I grew up on and look up too. They built a lane for the music I make and the styles I implement in my sound. I will always be a fan of Flosstradamus and their OG trap sounds and I will always be a fan of Carnage and his hard sounds. When I collab with them, it is more to pay respect to what they built and bring it back to life in a new way. In the end, I think they respect my vision on how my music and vision go hand in hand just as theirs did. City Morgue was a different story, Carnage showed me who they were one day, seen how crazy their project is and just knew we had to make it work. The one thing about me and collabs is, I want to keep the vision of GRAVEDGR in each track I do, whether it is collabs or independent releases – it is what makes my music unique.

You are currently on the “6 FEET UNDER” tour across the US. Phase One will wrap next month in Houston, TX (Apr 23), and Minneapolis, MN (Apr 25). Can you give us some insights about Phase Two and what was the reception of Phase One?

Well we just announce the LA date at 1720 on 4/11, however, with this outbreak of the Corona Virus, it is hard to give more insight on Phase Two as of now. I want to make sure I am able to give the fans the show they deserve but also want to take into account the health concerns of each individual that plays into this.

Your debut album is out, and the tour is in full swing. What’s planned next for GRAVEDGR for the rest of the year?

Well, something I do want to do is find what is next for my music. I have this distinct sound that is GRAVEDGR, but I love implementing the Hard Dance, Drum & Bass and Trap in all my music. I guess we will have to see how the year unfolds and leave you guys to find out.