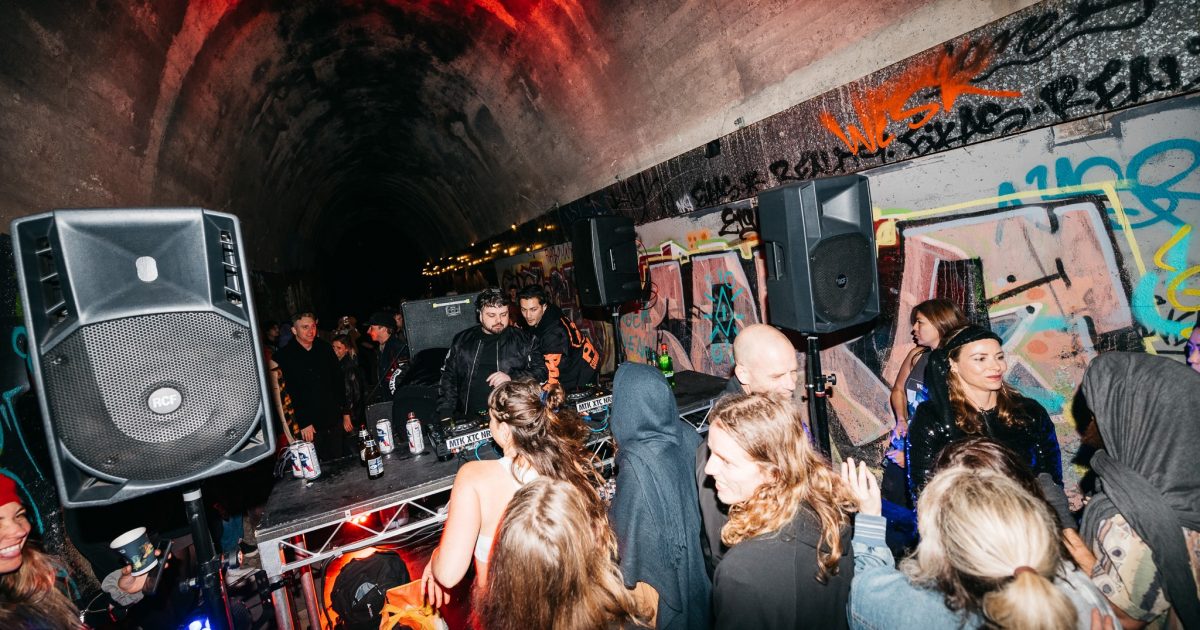 Day whatever of a global pandemic and we feel you. You want to let your hair down, get shuffling across the dance-floor and make new friends every damn weekend!

With a lack of clubs, bars and venues to get your boogie on, it seems like the outdoors is the new spot to throw down with reports of illegal parties popping up all over the place.

To put it in perspective, just over the most recent weekend, a big, 1000 person event was shut down in Byron Bay by Police and another, unfortunate outcome, was a community group claiming to have cleaned up for 5 hours after a Sydney doof.

This, to local communities, rangers and authorities is a pretty damn good reason to crack down on parties like and even push back opening the legal side of things – something no one wants.

In an effort to spread some positivity and knowledge, we reached out to some industry heads and promoters who’ve chosen to remain anonymous on what the best approaches to throwing an outdoor party responsibly in these tough times.

This might seem like a harsh assessment but keep it at home for now. Let things cool off a little until things are a little clearer on infection rates and community transmission and leave those special outdoor areas to regenerate through winter at the very least.

If you do decide to throw a party, keep the numbers down.

Technically you can have groups of people socialising outdoors, anywhere from 5 – 20 depending what Aus state you’re in. If it looks more like a gathering than a full-blown dance-floor in the middle of nowhere, you’re likely to not arouse suspicion and when/if authorities come knocking, fairly easy to pack down and leave.

How? Don’t make a public Facebook event or let friends bring too many mates. If you start with 20 and each person brings two extra friends all of a sudden you’ve got 60 people, some/most you might not know or be able to trust.

This is a fairly innocuous one but very important. during the night a friend or punter could step on a bit of broken glass and leave a pool of blood on the dance-floor which is a major buzz-kill. In the days, weeks or months following, it could start a fire during summer. Lastly, it’s much heavier than alternatives so save that energy for some dance-moves instead of lugging a case of beers in!

An organiser to stay sober

Yeah major bummer not being able to get buzzed, but having just one person who stays sober can be the difference between a good party and great party. They know exactly what’s going on, where everything is, where the power is at, if the generator is working and in extreme situations, are able to drive to grab anything forgotten or help someone who really needs it.

It doesn’t matter if you’re an organiser, DJ or punter, bring a pack of garbage bags if you can. They’re cheap and effective in maintaining your own mess but also those around you. Additionally, if authorities roll through and you’ve made some effort to keep things clean, you’ll probably avoid a hefty fine.

Take your rubbish with you

Leading on from the last point but take out what you brought in. It’s really that simple and makes light work of things and offers organisers a slight reprieve while they are lugging gear in and out for you to have a good time.

Partying outdoors can take you to some wild and wooly places that aren’t always as safe as your backyard. Near a cliff? Chuck up a fence. Holes in the ground? Drop a witches hat on-top. This just means one less injury that could bring the party to a stand still.

Prepare for the worst

If someone does step on some glass or trips over and hurts themselves, it could be pretty damn helpful to have a first aid kit handy. This can add pressure to a wound or nip together a cut so everyone is happy!

Had a few too many and you’re probably wanting some fresh H2O. Had something else and feeling dehydrated? Some water will hit the spot. Sounds silly but bring water as an organiser and encourage punters too as well.

Sure it’s fun to play music as loud as possible and really feel it but that too can bring attention. Subs literally shake the ground and neighbours who like their peace and quiet will be the first to call 000. Another thing to keep in mind, where your lasers are pointing as they can spotted by most keen eyes!

Have a couple of signs where people can leave their rubbish throughout the night. No one wants to be tripping over bottles or stepping in gum for the walk home. In a good mood? Start picking up some rubbish and likely everyone will chip in.

At the end of the day, Australia is an incredibly beautiful place and part of that is the environment we’re lucky to call home and sometimes, party alongside. If you want to return there one day, leave it better than when you arrived and it will.

All in all we’re all keen to get partying again so if we just cool our jets for now and if you do feel inclined to party out in the big blue yonder than follow the above and we’ll be a-ok!

Listen to a podcast on Sydney’s Hidden Party Scene featuring a story involving Jamie XX and a WW2 Bunker.