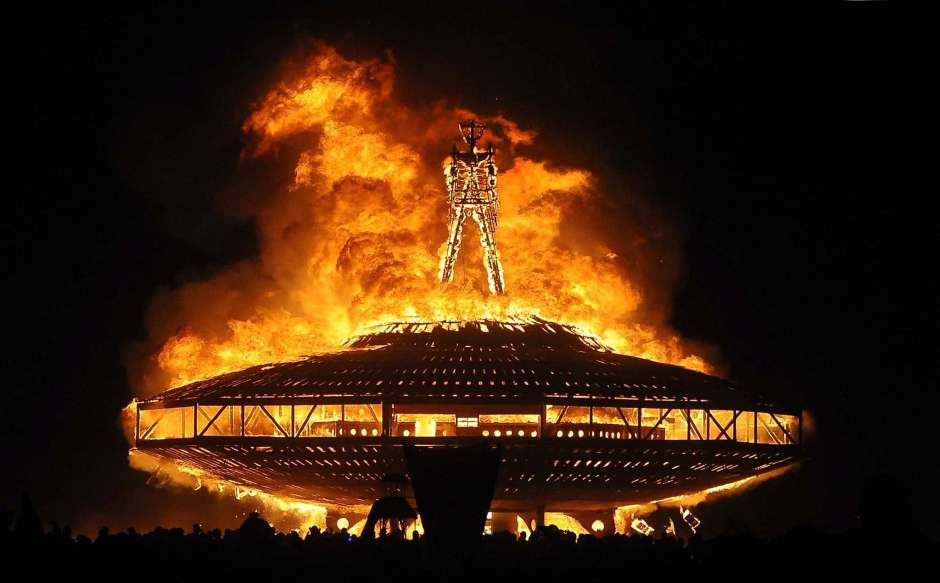 .With COVID canceling most in-person experiences this festival season, loyal Burners decided against the “virtual only” Burning Man festival experience and arrived in Black Rock City by the hundreds.

A local news station reported that hundreds of people are camping at the usual Burning Man Black Rock City site in the Nevada desert. When they went to check out the scene, they saw RVs, campers and some art cars spread out across the empty desert.

“People made the decision to come here during a global pandemic,” an event spokesperson told News 4. “So we decided to keep people’s camps 200 feet away from one another and to advise wearing masks when meeting others. If people feel safe, then they should make others feel safe.”

The Bureau of Land Management, which oversees the Black Rock Desert, is aware of the campers, but as long as they adhere to social-distancing rules and follow the usual camping regulations, they aren’t in any trouble. The campers said they plan to leave at the end of Labor Day weekend.

“When you come out to the playa, it’s home,” a Burner named Peter told KTVN. “I think you could be who you really want to be on the playa.”

More than 1,000 people gathered on Ocean Beach in San Francisco on Saturday to celebrate Burning Man.

Mayor London Breed, not happy with the situation, said on Twitter that the city was closing the beach’s parking lots Sunday and that law enforcement would be present. She called Saturday’s gathering “reckless and selfish.”

Burning Man originated on June 22, 1986, 34 years ago, on Baker Beach in San Francisco as a small function. Beginning in 1990 the event moved to Black Rock City, just 100 miles north-northeast of Reno. Burning Man draws 80,000 fans annually during the 9 day festival on the playa. Of course, this is when we’re not in the middle of a pandemic.

At Burning Man, the participant’s design and build all of the art, activities, and events. Artwork at Burning Man includes experimental and interactive sculptures, buildings, performances, and art cars, among other pieces. One spokesperson said “In order to preserve the spirit of gifting, our community seeks to create social environments that are unmediated by commercial sponsorships, transactions, or advertising. We stand ready to protect our culture from such exploitation. We resist the substitution of consumption for participatory experience”. No cash transactions are permitted between attendees of the Burning Man event in the Black Rock Desert.