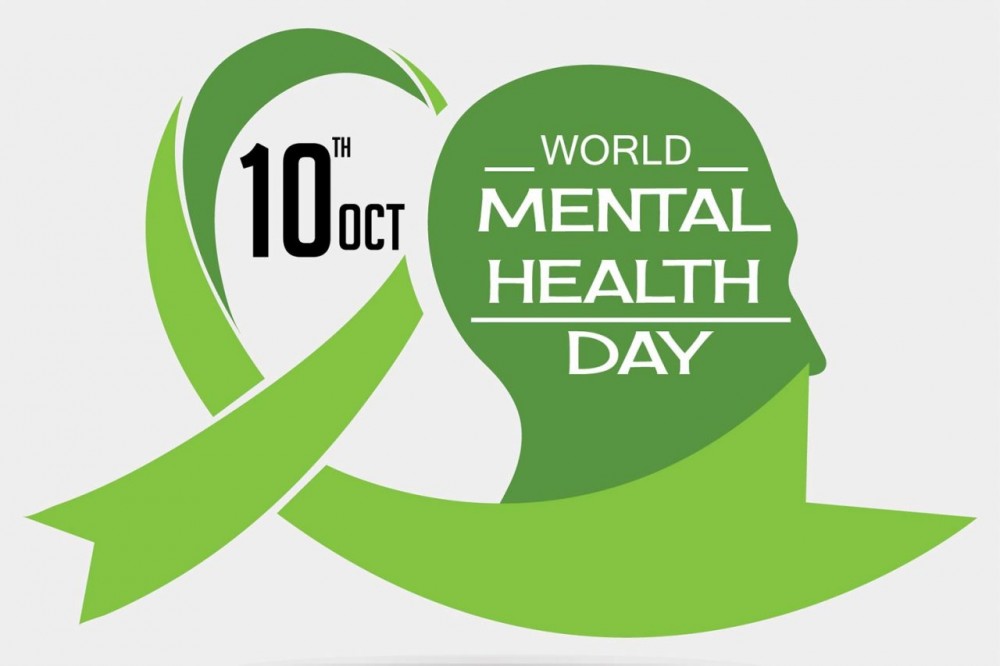 The official date for World Mental Health Day is October 10th. Every year on this date, every individual and organization emphasizes the importance of mental health awareness on this planet. This especially regards to supporting individuals who continue to struggle with overcoming their internal troubles each day. For example, according to the World Health Organization, depression affects 264 million people worldwide. Another sad fact from the World Health Organization is that 800,000 people commit suicide annually, with one person passing away from suicide every forty seconds.

The EDM industry is one industry where it strongly supports mental health awareness amongst artists and fans equally. In recent years, there have been DJs and producers who had to cancel their tours because of mental health struggles. In detail, EDM fans should need to become aware of their favorite artists’ wishes to strengthen their mental health.

These artists are just like any other person in this world. They do their best to remain happy while continuing to provide great music memorable experiences for their fans. Furthermore, the EDM industry emphasizing mental health awareness will help fans better understand how hard the artists work every day to produce great content for the fans, even it affects the artists’ mental health.

On October 2, 2020 successful British dubstep DJ Cookie Monsta passed away and his cause of death remains unknown. Last year, Cookie Monsta cancelled his “Circus Records 10 Years” tour because of mental health issues he had then. One major reason for cancelling was because he wanted to focus on improving his mental health before performing again. Him cancelling his tour was a good decision as it allowed him to continue making music while also practicing self-care.

Similarly, Swedish star and one of EDM’s greatest artists, Avicii, also had lifelong challenges with mental health. Before he died on April 20, 2018, Avicii had a constant battle with issues include extreme stress, perfectionism and existential suffering, which the documentary, Avicii: True Stories, also discussed about as well in full detail. Today, Avicii’s parents now heads the Tim Bergling Foundation, which raises money and awareness for diverse causes, especially mental health awareness.

French electro-house DJ Madeon is another talented EDM artist spread the need for mental health awareness. On October 14, 2019, the same day he release his second album, Good Faith, Madeon described the reason why the album came out later than expected. Through an image on Twitter, Madeon said that he was not feeling very joyful in producing music anymore. However, he mentioned that Good Faith was meant to show people how his mind was feeling then through the music.

Dutch superstar producer Armin van Buuren is also another leading name who has shared details about his mental health struggles. In an interview that he had with Dutch talk show host Eva Jinek last year, he talked about how even when he was the #1 DJ in the world several years, he was still “the unhappiest person on earth“. He went through a mentally-difficult situation in 2010 where he was very sensitive towards fans’ criticism. Additionally, he now wants full openness about mental health awareness in the EDM industry, especially after Avicii’s death.

There are some great resources about mental health awareness, particularly those for the EDM industry. One of them is titled, “The Electronic Music Industry Guide to Mental Health“. This informative 30-page resource shows DJs and fans alike how they can learn more about enhancing positive mental health in the industry and life in general. Some of the things included on this resource range from balancing a healthy work-life balance to understanding the importance of sleep

Furthermore, the CDC also has a page that helps everyone on what they can do help themselves and others to reduce stress and take care of their mental health. Last but not least, check out One EDM’s official Spotify playlist below; it has songs about mental health awareness. Mental health awareness needs to be a very important thing to have in everyone’s daily lives, not just on World Mental Health Day.

After reading this post, also check out Diplo’s special livestream, “Diplo and Secular Sabbath – Looking for Mental Health Awareness”. His livestream will go live today, October 10th, at 5 p.m. PST, exclusively on TikTok. Feel free to view any One EDM articles that discussed about mental health awareness as well. This article introduced the 320 Festival, this one mentioned the UK-based mental health charity, “Help Musicians UK”, and another one talked about Avicii’s father’s, Klas Bergling’s, statements on mental health and suicide prevention.