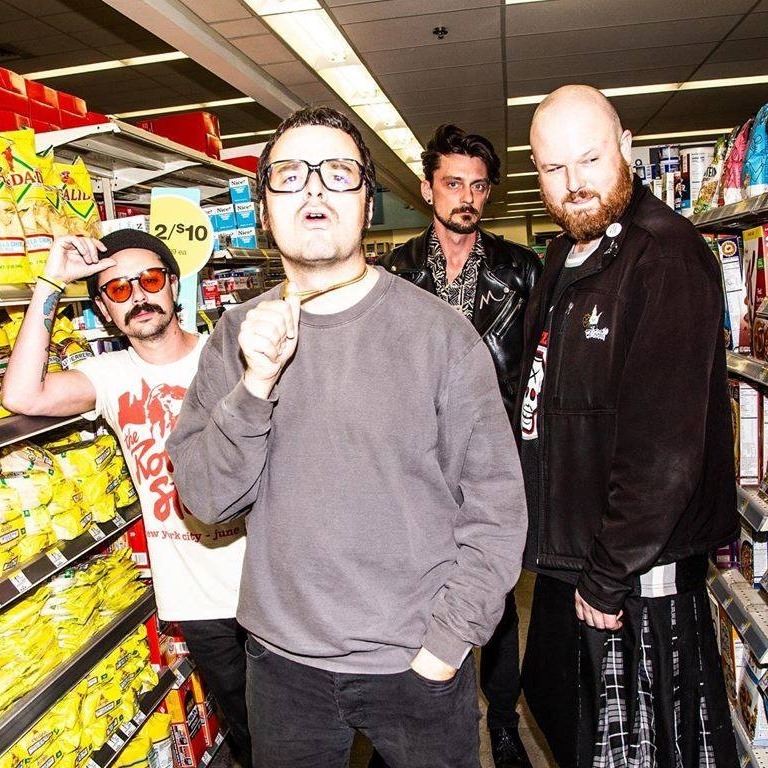 After spotting this outfit on Echo & The Bunnymen’s 2020 Listening List, my ears have been tethered to the nervy noise of LA’s Jagged Baptist Club. Their 2019 debut Reptile Super Show coalesced influences such as PiL, Savages and Trompe Le Monde-era Pixies, securing them a spot at premiere underground showcase Echo Park Rising. The four-piece is now serving up the video for the lead single off their follow up album of the same name, Temptation Death House, to be released later this year.

Equally a no wave afflicted warehouse dirge as much as a seductive subterranean groove, “Temptation Death House” finds the listener under the assault of glaring lights, concrete echoes and a world gone mad. You can taste the metallic Los Angeles fumes as frontman Blake Stokes sneers, “I keep my eye on the right temptation,” defying the plastic veneer cast upon Golden State culture. Hypnotic, glossy synth elements slither alongside raw commotion. Jagged Baptist Club are an anomaly – even outsiders in their own hometown compared to much of the city’s tediously glamorized and groomed modern alternative output. This is one crew to keep your eyes on for 2021 and beyond. “Temptation Death House” is premiering for your viewing pleasure below.