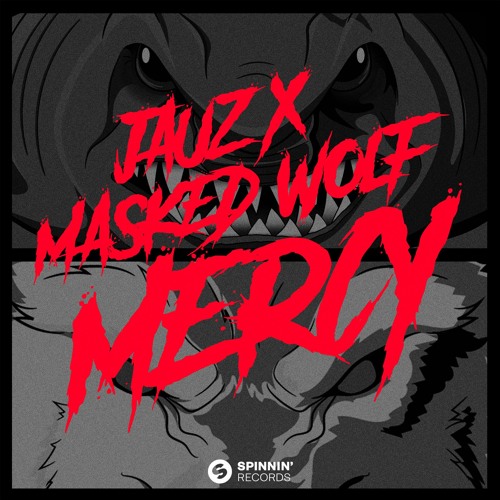 Jauz and Masked Wolf have joined forces on new single “Mercy“. Jauz and Masked Wolf released “Mercy” on August 5, 2022 via Spinnin’ Records and it is very high-quality. Download and stream the track by clicking on the link HERE. Or, listen to the track below while reading this article. Additionally, for anyone who want to check out Jauz live, purchase tickets for any of his shows on his upcoming “Bite This! Block Party” tour.

An energetic sonic rush, “Mercy” pairs scattergun club beats with the urgent vocals of Masked Wolf. Jauz’s fourth single release of 2022, it follows “Like Before” with Habstrakt, “PPL” with Johnny Gold, and the groove-laden “Bring Et”, which was released via Jauz’s own Bite This! label. He has also enjoyed a slew of high-profile shows, including EDC Las Vegas, Ultra Europe and Tomorrowland. “Mercy” is a club banger that everyone should not ignore. It will light up every nightclub, concert venue, and music festival whenever it is played.

The constant rise and RISE of Jauz

Jauz has dominated the electronic music space for years with a #1 album “The Wise & The Wicked” that reached top of the charts on iTunes dance within 90 minutes of release. He also has released chart topping hit singles such as “Feel The Volume” (over 30 million streams) and “Rock The Party” (over 25 million streams). Other releases such as “No Doubt” and “This Is Off The Deep End” equally earned him many admirers as well. He has headlined festivals across the globe including Ultra Music Festival, Life Is Beautiful Las Vegas, EDC Japan, Tomorrowland and many more.

Jauz secured residencies in Las Vegas at premier nightclubs including KAOS, Hakkasan, and most recently Elia Beach Club. In 2019, the producer went viral at Coachella dropping his remix of Pink Fong’s ‘Baby Shark’, which accumulated over 250 million impressions during the festival’s weekend. Jauz made his TV debut in 2019 performing as a special guest DJ on The Discovery Channel’s Shark Week for the “Shark After Dark” program alongside comedians Rob Riggle and Adam Devine.

Jauz’s successes over the past couple years, musically and financially

Last year Jauz launched $BTX Coin, his own personal cryptocurrency via Rally, which will help emerging artists and their fans gain valuable exposure, release music, and even collaborate with him. In February his remix of SHAED’s breakout hit “Trampoline” was synced to star Netflix show Ginny & Georgia catapulting the release to new heights with over 2.5M cumulative usages on Tik Tok & reels averaging 1M streams a week even 2 years after release.

Most recently, TV giant CBS had him remixed “See You In September” by the Happenings for a 30 second spot to promote this fall’s line up of comedies, dramas, and the new NFL Season. Jauz has also tapped into his OTDE project even more. This project is exploding recently and it has led to a massive OTDE set at this year’s Coachella.

Transforming from a mild-mannered man by day into an unstoppable beast in the studio, Masked Wolf (aka, Harry Michael) has established himself as a fascinating, innovative, and world-class hip-hop talent. After graduating from school, the Sydney native tirelessly worked in sales to fund recording. He even took out a loan to build a home studio as he cut hundreds of songs and logged thousands of hours in the lab. In 2018, he dropped his independent debut track, “Speed Racer.”

Meanwhile, Kansas City Chiefs quarterback and Super Bowl champion, Patrick Mahomes, even incorporated the tune into an Instagram post, which led to the track’s explosion in early 2021. Amassing over 2 Billion streams and counting, the buzzing rapper and singer unleashed countless personal truths and emotions on his debut for Teamwrk Records, Elektra Records and more to come.