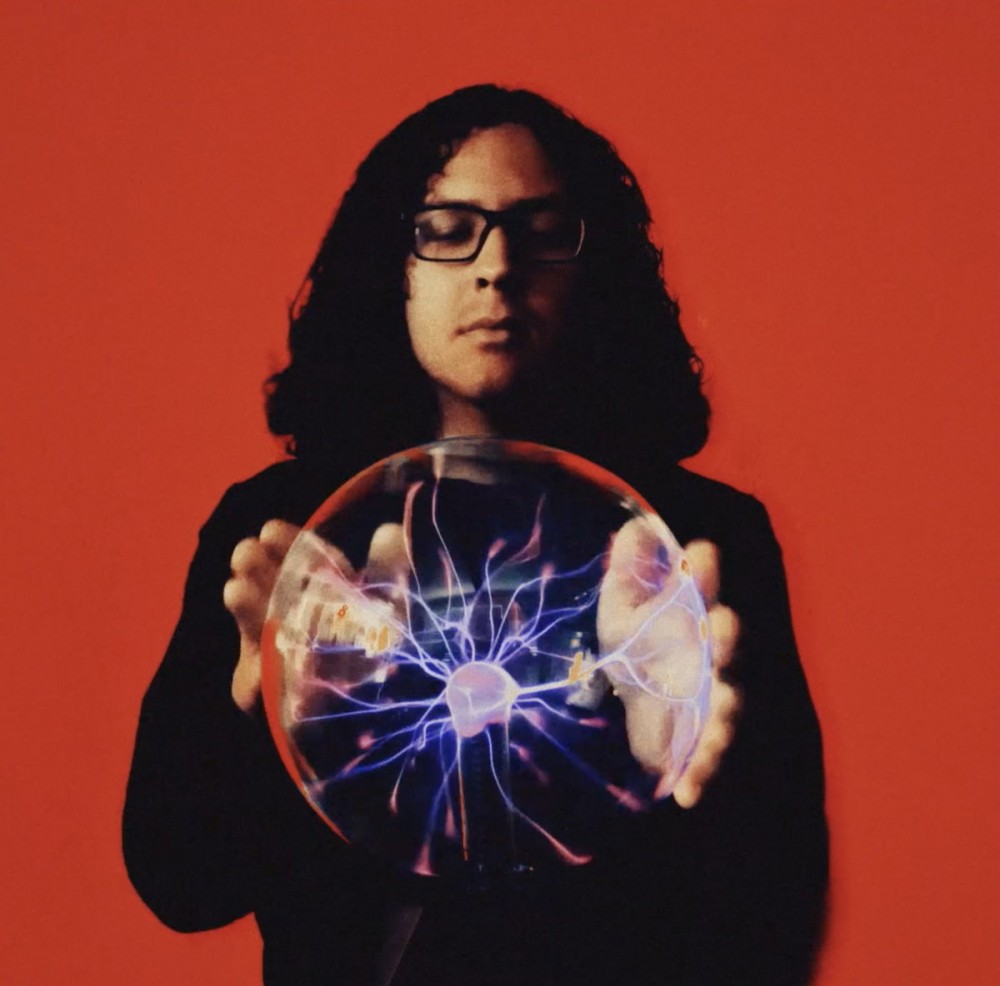 Jordan Krimston is a chameleonic indie musician from San Diego who has played in bands like Big Bad Buffalo, Weatherbox, and Miss New Buddha. He’s also one of our favorite rising artists emerging from the scene, having displayed a real knack for shapeshifting sounds and momentum-shifting detours on his debut EP Turn the Page. And last Friday, Krimston dropped a new LP titled Bushwhacking, yet another dynamic, diverse and forward-thinking effort.

At its heart, Bushwhacking is an indie rock album that wears its futuristic edges on its sleeve. Blending elements of indie, alt-pop, electronic, and subtle psych flourishes, Krimston conjures big, swooning choruses and heart-on-your-sleeve songwriting. The lead title track is a bold swirl of sounds – chaotic but totally calculated – with streaking synths piled against rapid-fire percussion. The album stuns with its pitting of jangly ’90s-style alt-rock against experimental indie pop. “Conversation” cuts angular guitar riffs and arpeggios with buoyant synths, effusive vocal harmonies and heavy basslines. Lots of bleeps, lots of bloops, tons of fun. Other highlights include the stomping drum machines and slicing synths of “Two Brains,” which provide the dance-y alt-pop tapestry upon which his ebullient singing voice floats.

Throughout Bushwhacking, Krimston fastens poignant and oftentimes confessional lyrics into huge, soaring choruses, such as on the twangy emo-tinged song “Bask in the Glow of the Dark” – which is vaguely reminiscent of Pinegrove’s anthemic and pastoral textures. “Rooster” also contains a massive, rollicking sing-along chorus to complement its shimmering, vapor-inflected synth melodies and meditative verses. The album comes to a cathartic close on “Dozing Off,” a maximal, stratospheric ballad whose snowballing synths, slide guitars and explosive drums ebb and flow into a series of crescendos.

Krimston recorded and engineered Bushwhacking with fellow San Diegan Drew Pelisek. It’s an incredibly catchy record, but also subversive in all the right moments. It’s sure to hit listeners with the feels while also keeping them on their toes. You can purchase it HERE and check out the video for “Rooster” below.