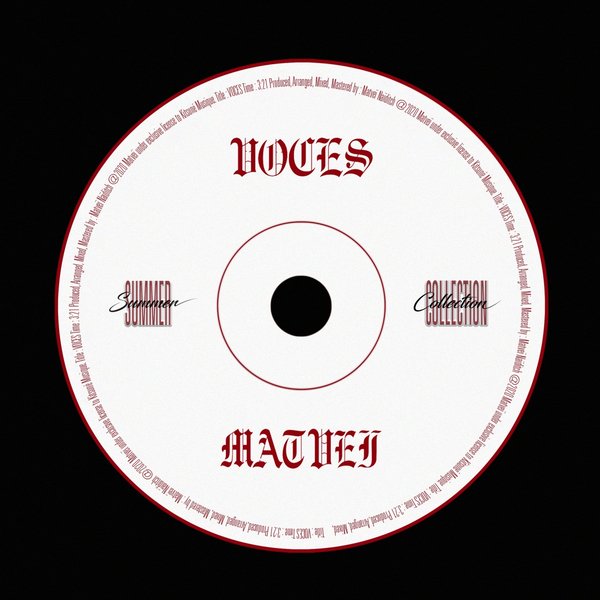 The Kitsuné Musique artist, Matveï released his second single, “VOCES” from his debut EP Summer Collection, premiering on September 25. Earlier this month, Matveï shared “RIO” with fans, an anthem to what would’ve been a relaxing summer outdoors. “VOCES” builds on the refreshing sound that Matveï established with the earlier release of “RIO.”

Pulsing with sweet vocals that interject between sweeping melodies and crisp hi-hats, the song radiates summer. With unique beats and drums that ease into one another, “VOCES” plays on a funkier tone and releases a guitar strum to compliment the tropical soaked song. Throughout the three-and-a half minutes, Matveï creates an auditory experience filled with eclectic sounds and vocal chops that caress listeners. Embellished with an urban and club influence, “VOCES” turns back time and recreates the ideal summer experience.

The young French producer signed onto the Kitsuné Musique label shortly after turning 18. Since then, he has gained support from Martin Garrix, R3hab, and Future Classic. His debut EP Summer Collection will make its debut on September 25 under Kitsuné Musique. The young French electronic music producer is considered as part of the new, exciting generation of DJs in his native country. His musical style merges the best of French hip-hop, house and bass.