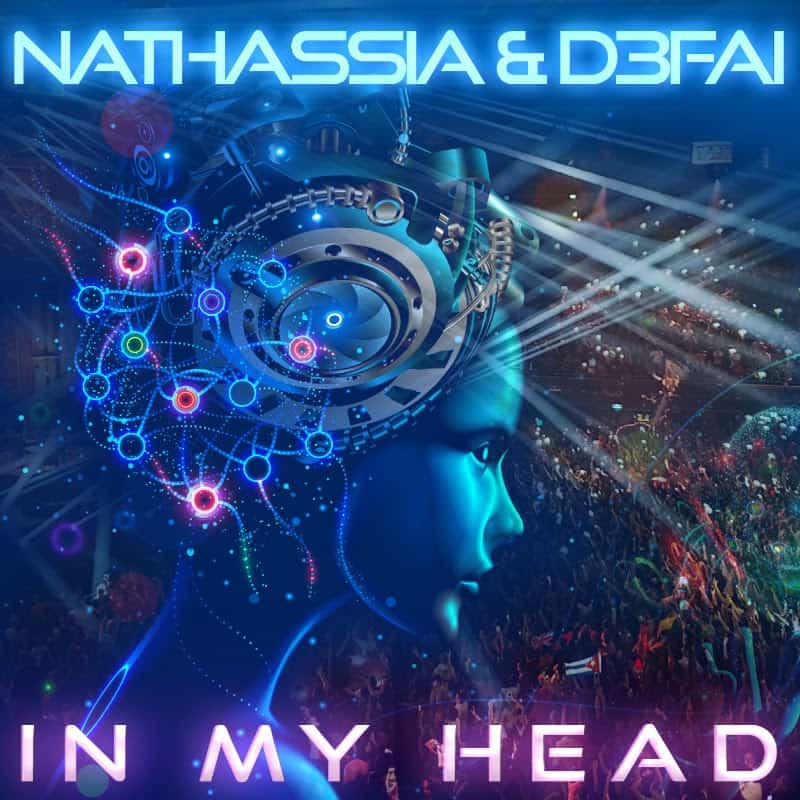 Multicultural ambassador, DJ, producer and vocalist NATHASSIA (pronounced Natasha) has released her second collaboration alongside Argentinian big-room producer D3FAI. Two renditions of their latest track “In My Head” are available on all platforms now via London based label Archangel UK.

Having seen great success via its initial Beatport release, “In My Head” broke the top 10 on the platform's big-room charts.  Expanding upon the foundation built on in their prior collaboration “Change The World”, which saw landmark support from KISS FM, was playlisted on Club MTV, MTV Dance International, Clubland TV and even reached the MTV UK Top 20, the synergy the two stumbled upon paved way for another striking intersection between NATHASSIA's vocal talent and D3FAI's no-nonsense approach to the classic big-room sound. Airy, light and electrifying, NATHASSIA's vocal work in “In My Head” weaves soothing sunshine through the fabric of an otherwise heavy big-room dance track, creating a contrast that compliments the other harmoniously.

You can stream both the big room and techno edit of “In My Head” on Spotify below!