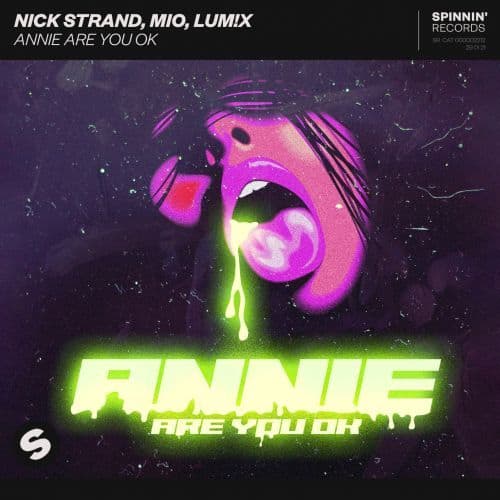 Already making waves with his energetic live shows in the years before the pandemic, Norwegian hotshot Nick Strand has also delivered gold with his act Seeb (most renowned for its international 2015 hit remix of Mike Posner’s ‘I Took A Pill In Ibiza’). Since, then, he’s kept releasing new music with Seeb (collaborating with Coldplay for a successful remix of ‘Hymn For The Weekend’ as well as a big collaboration with One Republic for ‘Rich Love’) while also dropping dance gems on his own account and maintaining his profile as a full-blooded stage performer.

Fellow Norwegian artist Mio has followed a similar path. Known as a versatile producer he’s had over 10 years of experience in the global dance scene, racking up over 1,5 billion streams combined. He’s one half of the DJ-duo Broiler while simultaneously releasing music under his own name.

And now, one of Austria’s hottest new artists LUM!X has teamed up with these Scandinavian tastemakers. Of course, this artist is known for his huge 2019 hit ‘Monster’ and last year’s gem ‘The Passenger (LaLaLa)’ (together with D.T.E and Eiffel 65’s Gabry Ponte), he’s by now renowned for his trademark dance vibes, strong hooks, and melodic approach.

Bringing three of these acts together can only result in something special. ‘Annie Are You Ok’ bursts of infectious hooks, kicking off with jumpy vocals over a steady beat, while dark bass chords ensure a mysterious, almost ominous vibe. When the vocals take the lead, a ray of light shines over the cool, spacious rhythms, giving the tune a real dancefloor appeal, while its upbeat chorus also ensures a strong singalong quality.

In short, here are three new stars in nowadays dance music underscoring their potential. The Norwegian-Austrian collab nicely combines its talent for finding unforgettable melodies with a strong connection to the dancefloor. If we’ll ever start dancing together again, ‘Annie Are You Ok’ will surely be one of those tunes everyone sings along to – as this is one of those timeless tunes that will never go out of style.

“A full blooded house track with a melody so infectious, it’s guaranteed to get stuck in your head.”