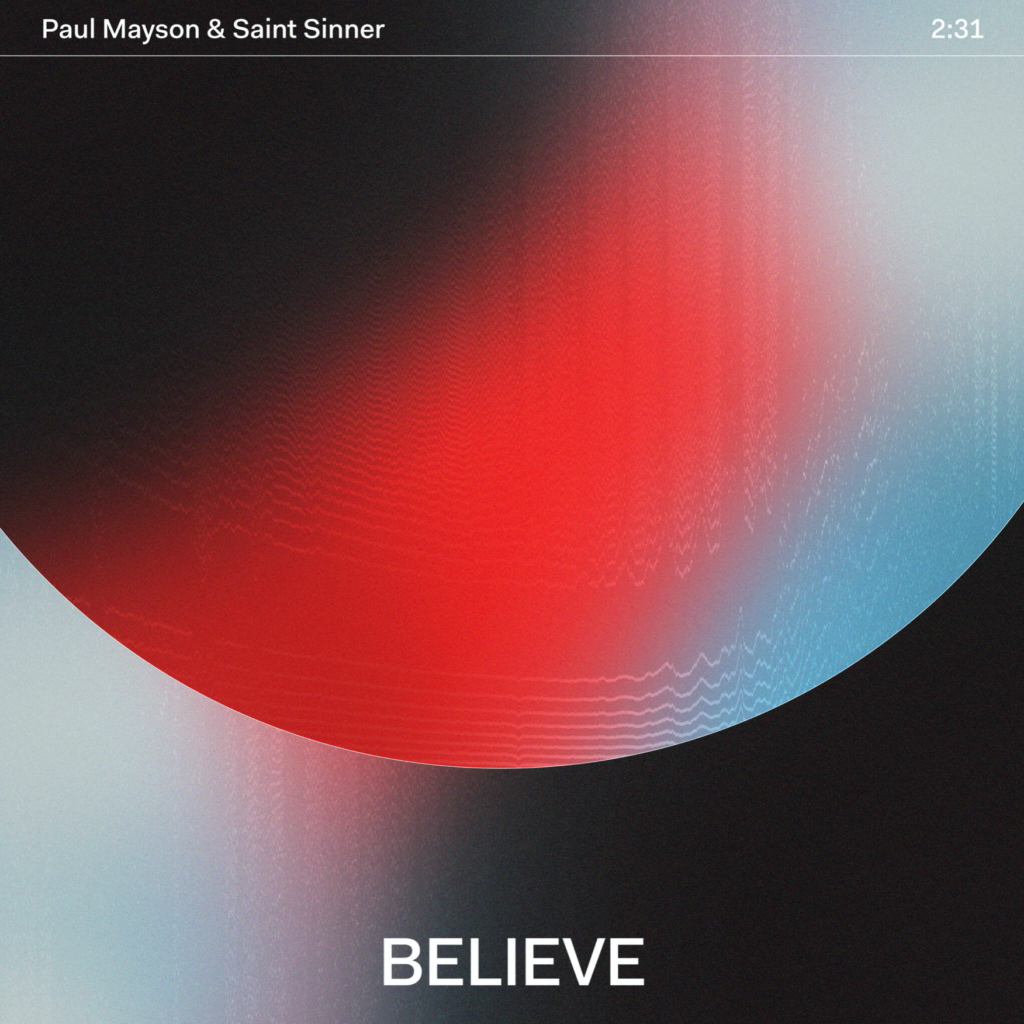 Paul Mayson and Grammy-nominated singer-songwriter Saint Sinner have teamed up for a creative version of Cher‘s “Believe“. The single is a modern interpretation of the sound and feel of the early house music era, fusing drum machine samples with a timeless dancefloor groove. Additionally, the pop overtones create a contemporary dance track.

Paul Mayson always had a fascination with sampling and the early years of house music. This was obvious when he witnessed Cher’s iconic hit “Believe” take over the room at an intimate club party. Realizing that the legendary pop song still retained its allure more than 20 years later, Paul wanted to marry a contemporary feel to the track, which is exactly what Saint Sinner delivered. A songwriter, composer, producer and performer in her own right, Saint Sinner’s music has garnered over 35 million streams. She burst onto the scene with solo releases, which included her indie Grammy-nominated album “Weather” with Tycho.

Furthermore, it’s Paul Mayson’s diverse background as a producer that culminated in “Believe”. He started releasing music on major dance labels and touring globally as a DJ when he was still a teenager. However, Paul evolved his sound and started producing for miscellaneous pop and hip-hop artists. These included Yelawolf, Bone Thugs-n-Harmony, and Asian-American hip-hop collective Far East Movement. 2021 marks the advent of a new era for Paul Mayson. He returns after a brief hiatus with “Believe” and signing a major record deal with Sony Music. His passion for club culture and house music is evident, breathing a sense of freedom and positivity to the track. Paul Mayson and Saint Sinner’s “Believe” is out now on Sony Music and hereunder is the official lyric video: