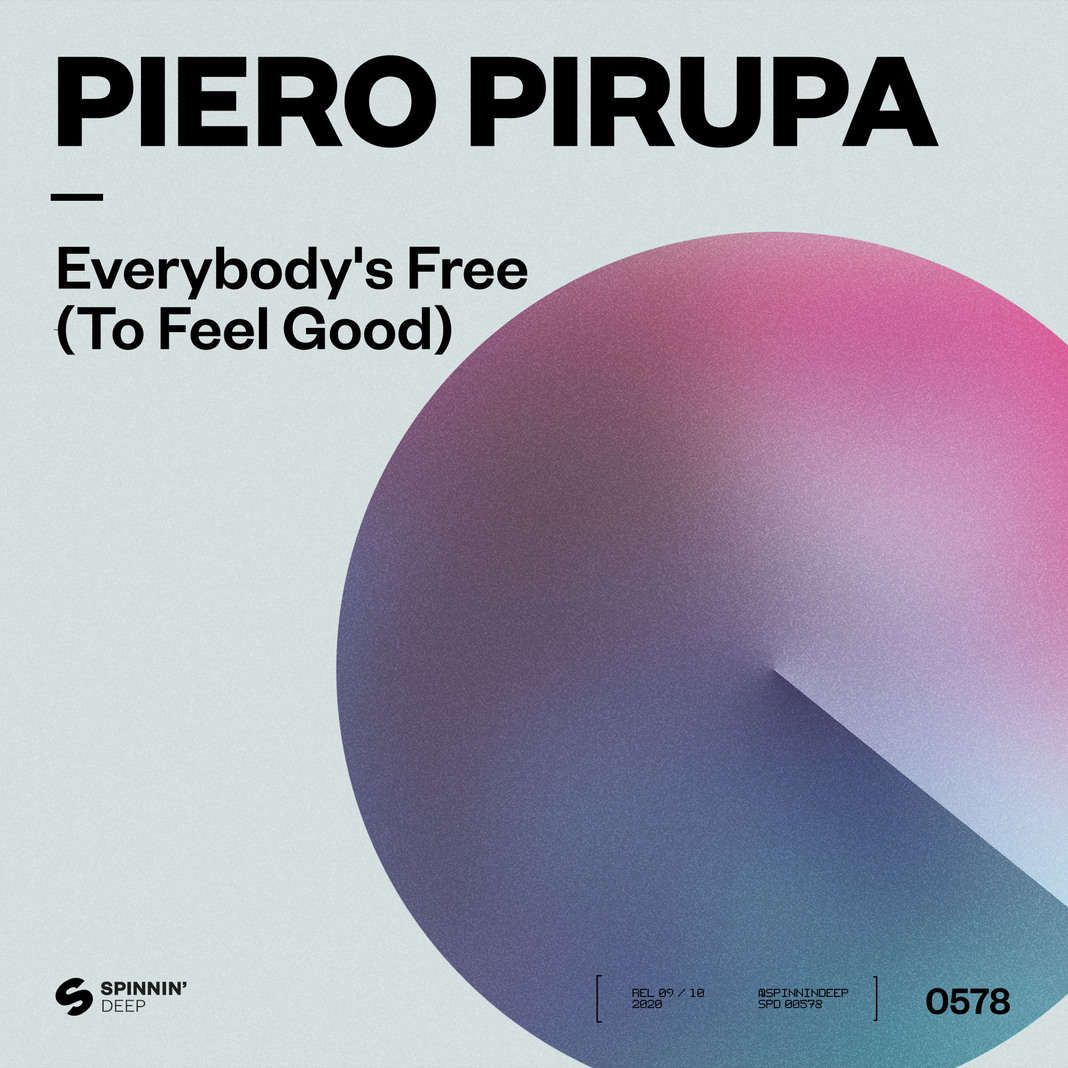 Italian DJ/producer Piero Pirupa has delivered a next milestone to his ever evolving resume of dancefloor weapons. Reworking the ecstatic early 90’s house classic ‘Everybody’s Free (To Feel Good)’ by Rozalla, the song has been given a warm, 21st century production, turning into a highly appropriate message of hope in these strange, uncertain times. Out now on Spinnin’ Deep.

Back in 1991, this record was an exciting burst of energy. Rozalla perfectly articulated the feeling of freedom that the early rave generation was enjoying. The record was a hit at Ibiza parties that summer, conquered the clubs where house music was played and reached the charts in many countries, including a #1 spot in Billboard’s Hot Dance Club Play chart in the US.

‘Everybody’s Free (To Feel Good)’ has always stayed a memorable track. It’s considered one of the biggest dance anthems of the 90’s, has been sampled, remixed and covered several times, including a version by Kylie Minogue in 2016.

And now, 30 years after its original release, the song is reborn again, this time in the capable hands of Italian DJ/producer Piero Pirupa. He’s been building an impressive resume since the late zeroes already, producing a series of powerful dance records, often building a bridge between house music, tech house and deep tribal and techno.

He’s a club performer. His music has the ability to keep dancefloors moving with catchy grooves and subtle hooks, often topping the Beatport charts following widespread DJ support. Piero Pirupa has by now released his music on various labels, including Toolroom, Crosstown Rebels, Nonstop and Realm Records, where he released his biggest hit to date, last year’s ‘Braindead (Heroin Kills)’.

So, expectations are high when a seasoned artist like Piero Pirupa brings a 90’s dance classic back to life. ‘Everybody’s Free (To Feel Good)’ has turned into a respectful tribute to the original, building on the energetic piano chords and Rozalla’s ecstatic vocal performance, adding cool broken beats and electronic effects. The vocals have received a second layer, as well as the synth parts, together providing the song with a deeper sound.

Avoiding any four-to-the-floor house beats this time, Pirupa has stayed true to the song, respectfully giving attention to its message of hope and freedom. If anything, this is the music we’re looking for these days; a song that provides good vibes, energy and the anticipation it’s all gonna end well. No worries here, get ready to feel good.

“‘Everybody's Free’ is a very important track for me and I'm so hyped to release it on Spinnin’ Deep. The original from Rozalla has always been one of my favorite songs of the 90’s and I picked up this song because after 12 months full of lockdowns we need to be free to come back to life. This is my message that I want to give to everyone, in the hope that the worst months have passed and soon we will return to hug each other on dancefloors all over the world!” – Piero Pirupa