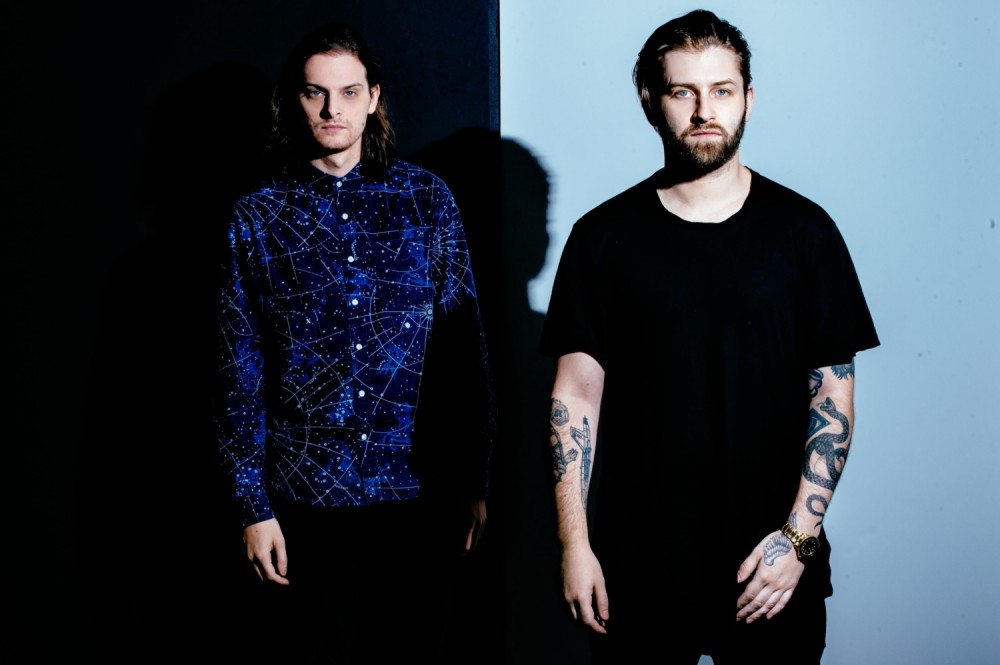 Soon after DC asked his Canadian compatriot Hooks to paint a graffiti mural in his garage circa 2004, the Zeds Dead duo began. They bonded over their mutual love for hip-hop and the fact they were both in nascent stages of producing music. They didn’t think too hard about wanting to work together, crafting ’90s-inspired hip-hop beats under the name Mass Productions. They soon released their first collaborative album, Fresh Beets, in the summer of 2007.

Although the album was compositionally clean and well-produced, the project fell on relatively deaf ears, a similar fate to the ocean of instrumental hip-hop projects released. The unflappable creatives took a turn towards electronic music, launching their Pulp Fiction-inspired Zeds Dead moniker on the beguiling and renegade-friendly MySpace soundscape. In 2009, under their new name, they released their debut song, “Journey of a Lifetime,” and played their first live set at The Social in Toronto on June 11.

In the low-ceilinged basement of 751, a bar in Toronto that became Wrongbar in 2010, Zeds Dead began playing their storied Bassmentality shows alongside the Killabits that brought guests such as Skrillex, Borgore, and NERO before dubstep really began to skyrocket in the North American live music scene. Their first official 40-plus-date North American tour started in December 2010. They were among the invariable first in a Wild West of a US musical frontier before dubstep had really even begun to devour the dance music zeitgeist in the states.

This time period became a torrential turning point for the boys as the bass tandem now looks back on a decade of success.

“During the first few years there were so many turning points as our lives transitioned from bedroom producers to having some notoriety and a career. Nothing really compares to that because the difference between being completely unknown to having fans at all is so much more substantial than most things to follow. Everything was a huge deal back then, coming from Toronto even getting to play a show in New York felt like a huge accomplishment.“

Now, Zeds Dead has come off the heals of their fourth We Are Deadbeats collaboration album, a 14-track project with a standout cast of the labels’ confidantes, from rapper Omar LinX who jumped on the highly popular “Rude Boy” in 2011 and has been passing vocal assists to the duo since the beginning, to the mystery shrouded Deathpact on some faster tempo bass. Other new releases feature the Noisia-backed Holly on the “Astroid” assault and frequent collaborator DNMO on the GG Magree-assisted and increasingly popular “Save My Grave.” Loge21, Champagne Drip, and Slushii also joined the previously released tracks with Ganja White Night, Subtronics, Urbandawn, DROELOE, Jauz, Delta Heavy, and Dion Timmer rounding out the A&R’s heavy-hitting artillery and seemingly boundless landscape for upcoming Deadbeats shows.

“We wanted to do a project that showcased some of the artists on the label like we’ve been doing with the We Are Deadbeats series but also represent a lot of the styles you might hear at a Deadbeats show.”

Collaboration is in the ethos of the friends who have been making music together for nearly a decade and a half. The We Are Deadbeats compilation series and Deadbeats Radio mixes exist both for the community of creatives and fans bearing witness to the taste-making pallets of veterans in the hip-hop electronic crossover space. Zeds Dead passed along a curatorial baton of what projects to expect in the near future from not only them, but the Deadbeats machine, including the newly minted X&G MONSTA EP or Jaenga LINGUISTICS EP.

As with any electronic music entity, the live event is the centerpiece of the full-immersion entertainment experience and the Deadbeats shows are no exception, touring as a label with their infamous collaborative showcase. This is not including their seventh round at the prestigious Red Rocks Amphitheater, another notch to the duo’s laundry list of accomplishments.

“We’ve hit a good stride and are releasing a steady stream of music that we really love and the Deadbeats shows have been going great as well. I see it becoming more and more of a mini festival as it grows. Hopefully we can keep it growing and see how far we can take it.”

What equipped Zeds Dead with the ability to launch their own label is their nuanced, inimitable storm of a sound that stems from their concurrent loves of hip-hop and electronic music, which catapulted them as cosmically successfully touring DJs amassing an ardent and omnipresent community of fans. But what is their key to creativity and how do they typically collaborate?

“Experimentation is the best way to keep things interesting. Sometimes you might start with a melody on piano, sometimes a sound you’re messing with in a synth, vocals, drums. There’s no formula. Each song is different and can have more or less of one of us, but it can range from working on it together in the same room, to sending it back and forth or just sending notes.”

Just after releasing We Are Deadbeats Vol 4. the team already has their eyes set on another decisive benchmark: their second LP.

“Yes, we are working on finishing that but no idea when it will come out. It’s pretty close but these things always have a way of changing.”