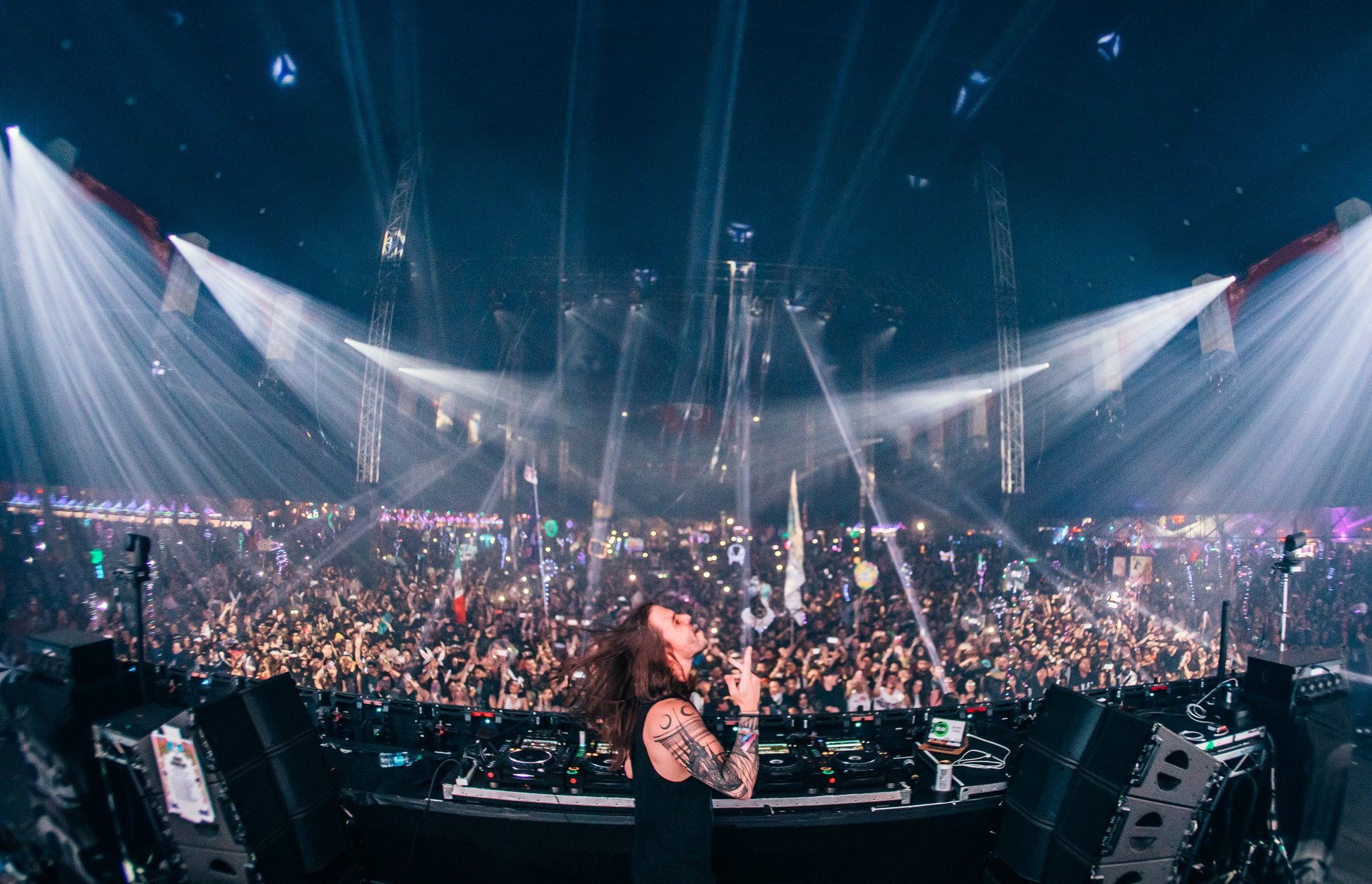 I’ve got some good news for you. The final streaming of “Visions” will incorporate an Ophelia Records showcase. This mini virtual festival will have sets from Ophelia’s very own Seven Lions, Jason Ross, Trivecta, Amidy, Xavi, and Gem and Tauri. The event is today, December 18th, and starts at 4:00 p.m. on Seven Lions’ twitch channel.

“Visions” is a recurring virtual festival that Seven Lions created this year to bring the entertainment of his fans while in lockdown. This virtual festival has had numerous theme nights with lots of talented artists. Some of the themed nights have included classic trance night, deep house night, a Halloween night, and a Seven Lions throwback set. Artists like Dylan Matthew, Crystal Skies, Kill the Noise, Mitis, and many more have played the festival. The final live stream will include house music, folk bass, trance, and melodic bass.

“Visions” has been a great way for fans to attend and hear the music and artist they love virtually. It’s not the same as attending a live event, but it will do. It’s a great way to keep fans engaged and coming back for more. Seven Lions and his team have been working hard to bring us these virtual festivals. Without them, we would not be able to see our favorite artists play or dance the night away in our living rooms. In a year of lockdowns and shutdowns, I, for one, am very thankful for these events.

Seven Lions posted the following on Instagram. “This year has been a journey for us all, and it has been a big adjustment from playing live shows to live streaming. It’s been a rewarding experience creating Visions, by bringing people together as much as a live show experience through DJ sets, visuals, and performances.”

This year has been full of surprises, to say the least. The pandemic hit the globe harder than anyone expected, and our lives were flipped upside down. Covid did it’s best to shut us down, but thanks to artists like Seven Lions and his legions of fans, we kept the music alive. Hopefully, 2021 brings us all health, happiness, and live shows we can attend again.