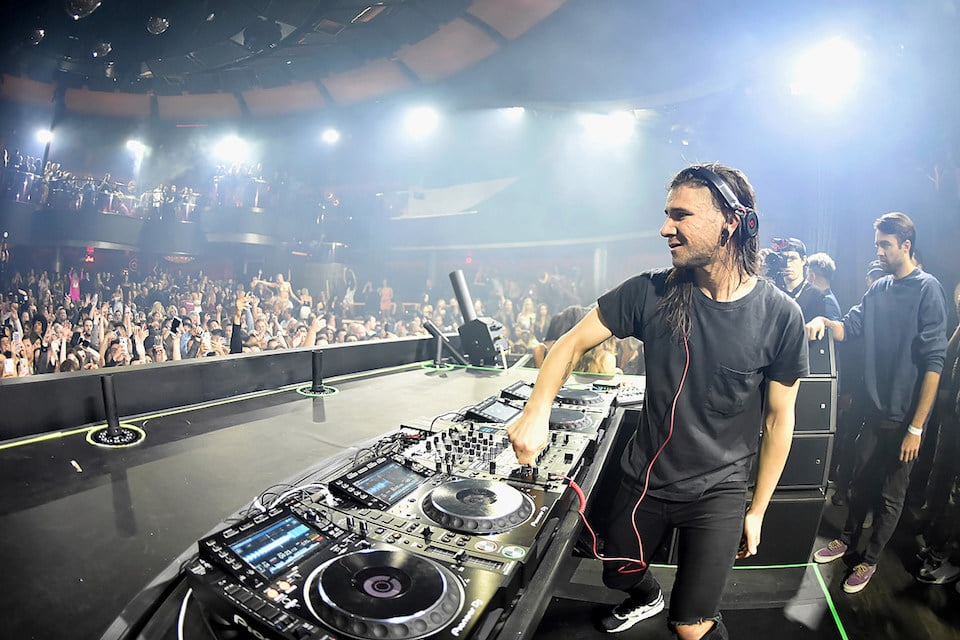 Sonny Moore (Skrillex) has always found ways to expand his repertoire of music. No matter the genre, he’s touched the hearts of many. From collaborating with legends such as The Doors, Ed Sheeran, and recently Kanye West, there’s no telling where he’ll pop up next. But recently, we saw footage of Skrillex in the studio with none other than Bruce Johnston from The Beach Boys. Bruce Johnston has done vocals, keyboards, bass, and percussion for The Beach Boys since 1965. It was recorded on Colt B‘s Instagram story.

Along with Sonny were Heavy Mello and Rex Kudo who worked on Juice WRLD‘s latest album. In the video, Colt B confirms his collaboration with Bruce which is super exciting. The footage includes Burce recording some vocal harmonies for Skrillex It also shows all of them talking about music and what’s next for the future of it. Bruce tells Sonny that he’s passing the baton to him which is a breathtaking moment. The next step towards a brighter future for music has just been made. At the end of the Instagram story, it shows all of them jamming out to an unreleased track.

Hope For The Future

It’s unclear to assume that whatever they created will become an official release, but fans from their fan bases can have a little more hope for what’s to come. Earlier this year, Sonny announced that a brand new album is “almost finished” which got everyone hyped. He also commented on how he was also working with Noisia on some stuff as well.

Overall, this will be a big year for Skrillex in terms of music, upcoming collaborations, and many more. We’re all very excited to see and hear what’s next for him. We’ll keep you all updated on any more information we hear regarding this collaboration and Sonny in general.