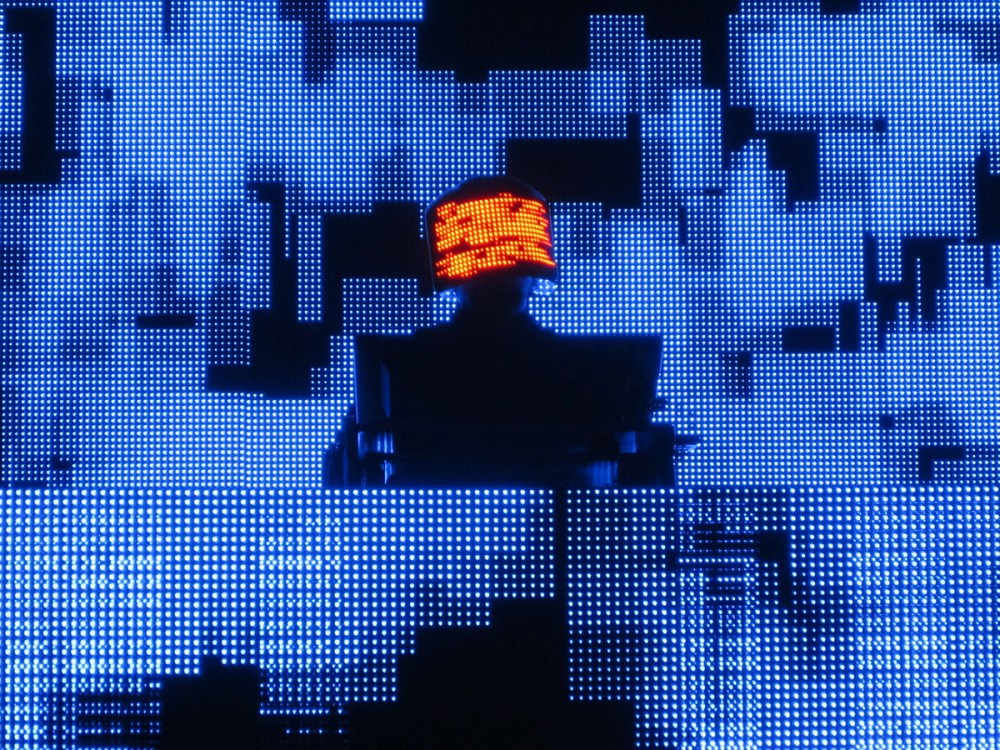 To cap off the release of Be Up A Hello, Squarepusher’s first album in five years, the English electronica pioneer has dropped a glitchy new visual to accompany his latest single, “Terminal Slam.”

The music video, which seems more characteristic of a dystopian science fiction movie than a music video, was directed by renowned Toyko-based artist Daito Manabe. The music video premiered on TVs overlooking Tokyo’s Shibuya Crossing, an intersection many consider to be the world’s busiest.

Be Up A Hello is the fifteenth album by Squarepusher, whose career in mixing elements of drum ‘n’ bass, IDM, and ambient sounds stretches nearly three decades. The eight-track album clocks in at nearly 48 minutes, with just one song lasting less than four minutes.

Squarepusher decided to break out the same analog synthesizers he used to make his early work rather than repurpose the production software he created and used to craft his last two albums. Every song featuring drums on the album was created by the iconic Roland TR-909, according to Squarepusher himself.