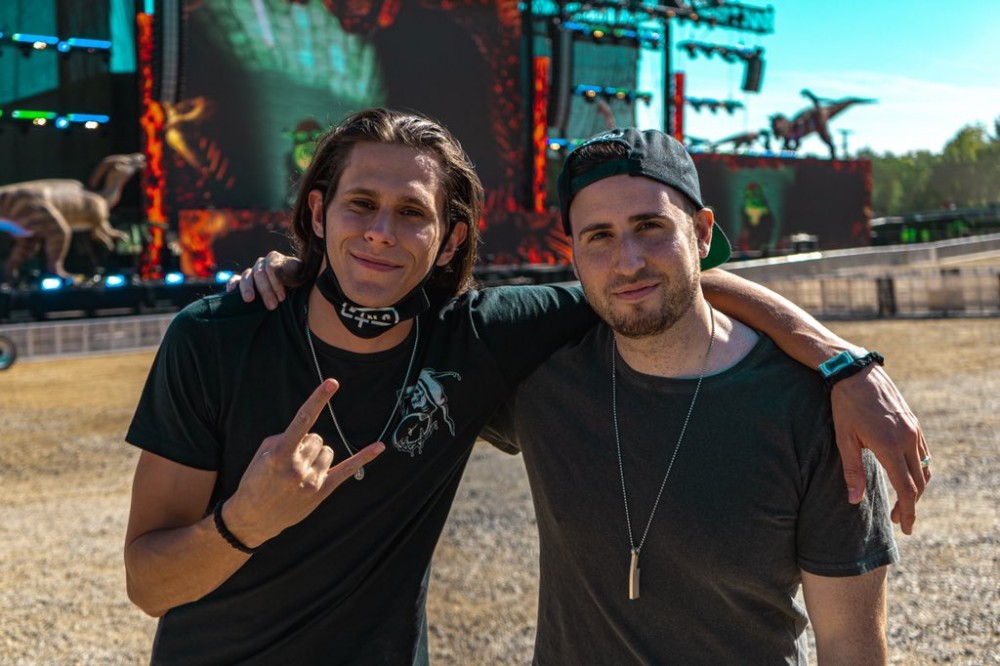 As dance producers continue to draw inspiration from the sounds they grew up on, dubstep artists have fully embraced this trend by reaching back to their alternative roots. Sullivan King once again brings his metal background to the forefront on “Don’t Forget Me,” his new collaboration with Wooli.

The collaboration starts out as a prototypical mid-’00s emo anthem reaching the dub-dominant first drop. “Don’t Forget Me” soon finds its balance between rock ballad and melodic dubstep tune as King’s singing transitions to screaming while matching the beat’s buildup.

The track was released Monstercat: Uncaged, the “hard-hitting” half of Monstercat’s two imprints. Originally, the song was teased in a video preview for Monstercat: Instinct, which housed King’s last Monstercat release, “Crazy As You” with Grabbitz.

King joined Wooli on stage at Forbidden King Festival for a live performance of “Don’t Forget Me” While the hybrid producer just wrapped up his Thank You For Raging tour, fans of the song can hear it as Wooli supports Excision on The Evolution Tour.