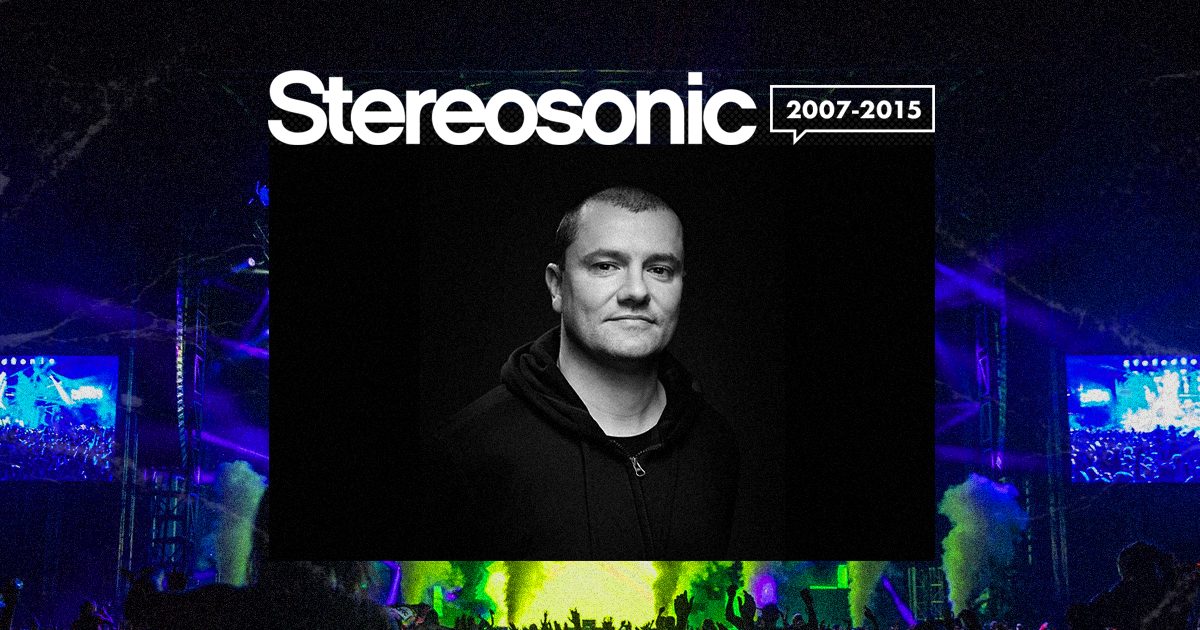 For close to a decade, Stereosonic held the crown as Australia’s most popular electronic music festival. At the height of their success, they sold over 200,000 tickets in one year. But in 2015, the company faced a wave of legal troubles, parent company bankruptcy, and two tragic young deaths at the event. In the aftermath, Stereosonic went under, and plenty of their competitors closely followed.

In the latest episode of the Stoney Roads podcast,  Richie McNeill walks us through his 30-odd year music industry career, to find out what they did right, and what went wrong.

When LA-based events conglomerate SFX Entertainment offered to buy Stereosonic for $75 million dollars in 2013, Richie McNeill and his four co-founders felt like they had won the lottery. At the time, SFX Entertainment was the owner behind some of the world’s biggest EDM festivals and companies, like Tomorrowland, Electronic Zoo, and Beatport.

“For us when it happened, it was a bit surreal. It was the right moment, the right time, the right deal, and a lot of luck. Before we sold it we had a pretty good five or six years before it, every year we made money, which is pretty unheard of, launching a festival and making money every year, we were already doing pretty well. So we’d already had some success and I guess we were comfortable with that success and went along as normal. I didn’t go out and buy a Porsche the next day, I’m still wearing the same clothes every day, cap hoodie, Uniqlo, jeans. I wear the same shit every day. I’m a simple man,” says Richie.

Unfortunately, they didn’t know it would be the beginning of a chain of events that led Stereosonic to its end.

At the end of the 90s, Richie McNeill had established himself as an up and coming force in electronic music in Australia. He was Dance Director at Mushroom Group, DJing as Richie Rich, and throwing countless successful raves across Melbourne. But his first real venture into music festivals was Two Tribes. One half of the event was owned by Future Entertainment, whose name you might recognise from Future Music Festival, Goodlife, and Summerdayz. The other half was Hardware, the record and events label Richie established in 1994. Two Tribes ran successful tours across the country for six years, but Richie says that a difference in musical and ethical directions caused a rough split.

“Future Entertainment were pissing me off. I folded the whole thing and just said Two Tribes is no more, because I was a 50/50 partner and I could do that, it couldn’t go ahead without me.”

After Richie left the Two Tribes in 2006, Two Tribes was reborn as Future Music Festival – Stereosonic’s main competitors. In 2007, he set his eyes on teaming up with OneLove Music to throw a new festival, his way.

After plenty of back and forth, they teamed up to throw the first Stereosonic in Melbourne in 2007.

“I caught up with Dror and Raf and Frank, I’d known for years at Onelove, and said, “Hey, you guys have got a good club night thing going, I can run a festival, been doing it for years, let’s do a festival.” Came up with the name Stereosonic and then I said we’ve got a lineup, myself and Simon had already put a decent line up together, and they were like “Yeah nah yeah nah nah”. And then I said alright, we’ll do it ourself. And they said, “Well if you’re that gung-ho about it, then let’s do it,” he said.

In 2009, Stereosonic expanded from Melbourne to Brisbane, Perth, Sydney and Adelaide. In 2011, their Sydney Showgrounds event drew a crowd of 70,000 people, and it still stands as the largest single-day festival in Aussie history. In 2012, Stereosonic sold over 200,000 tickets nationwide.

Of all nine years, Richie says the most memorable sets would have to be The Bloody Beetroots, Avicii, or Deadmau5. “Seeing 55,000 people in ANZ stadium that year when Avicii was at his peak and Levels came on, that was incredible,” said Richie.

On the punter end, one recalled, “I think it was 2012, there was kind of a whole operation going on of fence jumping, it started with one guy quickly trying to scale the fence, and security mobbing on this dude, but little did they know that that guy was just a decoy and there was actually a big bullrush of 50 people mobbing the fence climbing over, tipping the fence over, security chasing after them, but once you get through, you saw people just taking their shirts off and disappearing into the crowds, and they made it.”

“Australians just go hard, they’re such bloody maniacs as punters. Artists would come out and say the Australian crowds are quite messy, especially in Sydney. In Europe they sort of pace themselves across those two, three, four-day things. Australians just – there’s this whole bravado thing about I can go harder than you, go hard or go home type of mentality exists and it’s just unnecessary,” he said.

In 2013, Stereosonic announced plans to expand into a two-day event in each city. It’s something Richie had been pushing for a long time, with festivals in Europe and America as the inspiration. Unfortunately, the expansion didn’t work out, for a bunch of reasons Richie dives into in the episode.

After almost 30 years of nonstop work, Richie took 18 months off in 2014. Although he had plenty of job offers, Richie returned to SFX after his break, and things had changed a lot. His role was directed away from the Stereosonic team, and towards managing Beatport and SFX events in Asia. He liked the position, but when things took a downturn for Stereo, it was hard to watch what he’d built fall apart from afar.

In 2015, Stereosonic returned to its single-day roots, for what would be the final event. At the time, their new owners, SFX International, were quickly losing money. In 2016, they announced that they’d entered Chapter 11 bankruptcy, and it immediately choked the festivals under their wing. Richie was pulled in from his new role to try and save the festival from going under, but in the end, he couldn’t pull together the money for the festival to go ahead.

And with that, was the end of Stereosonic. But it wasn’t the end of Richie’s career, and we don’t see that coming any time soon. His impact and influence on Australia’s electronic music scene is undeniable.

In 2019, Hardware, OneLove, and Live Nation reunited to put on Festival X. The lineup felt like today’s answer to Stereosonic – with acts like Calvin Harris, Armin van Buuren, and Steve Aoki, right alongside Lil Pump, Trippie Redd, and Alison Wonderland. It’s reflective of how punters’ taste has changed over the past decade, as rap rises to the top and merges itself with electronic music. Richie says that popular taste will continue to evolve, and sees dance music returning to its peak in the next five to ten years.

“Obviously it’s phased out a little bit, and the music has changed, the market is slowly contracting a bit, there’s going to be more, especially now with COVID, but I think that era will come back again? I don’t know. Music goes in cycles though. Maybe in five years time, ten years time, it will come back. I think how we’re adapting that with music now, with hip hop and other bits and pieces, At some point, commercial dance music will come back again. People are gonna be sick of hip hop in five, 10 years time. It’s just the cycle of life,” he said.

In 2021, Richie’s company Hardware is celebrating their 30th anniversary. There will be a book and film coming out to document the journey of the record label and events company that has played such a significant role in Australia’s dance music history.

‘It was really exciting to be a part of that and know all those artists and know that I’ve contributed to a lot of their careers and starts in Australia, and meet all these great people along the way. And assholes, I’ve met a lot of assholes too. It’s been a very colourful 30 years. It’s been a long road, but I love the music,” said Richie.

For more insight from the Stereosonic co-founder, listen to Episode 4 of the Stoney Roads Podcast, available on Apple Podcasts, Spotify, Google Podcasts, Omny.FM.