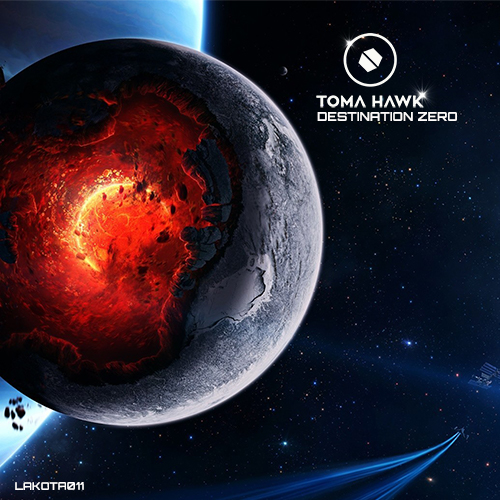 Techno sensation Toma Hawk is back with his brand-new track ‘Destination Zero’. Kicking things off at a heart-pumping pace, the track gets progressively darker. “Destination Zero” quickly gets into the nitty-gritty of the soul of Techno. Each different layer of the production comes together to take you on a journey through this 10-minute track. “Destination Zero” can make you lose yourself within the perfectly put together beats.

Toma Hawk switches things up throughout the track with a more robotic feel towards the middle before embarking on a dramatic synth-filled build up where the intensity reaches its climax as the drop hits you with an almighty force. Just when you thought it wasn’t possible to take Destination Zero even further, he has delivered a Mon.Ton remix that goes deeper and darker and harnesses a fierceness that adds the perfect element of intensity to any DJ set.

From modest roots to global club culture, Toma Hawk has had a career spanning for an impressive 25 years. Having built his life around Techno, Toma Hawk shows off his musical upbringing through the intricacies of his music. He has released several stunning tracks which include “Velvet” and “The Watcher“. Toma Hawk’s alias, “Mon.Ton”, delivers something much heavier but just as exquisite. The alias shows off his unadulterated skill and talent for his craft.

To conclude, “Destination Zero” is out now for download and stream.