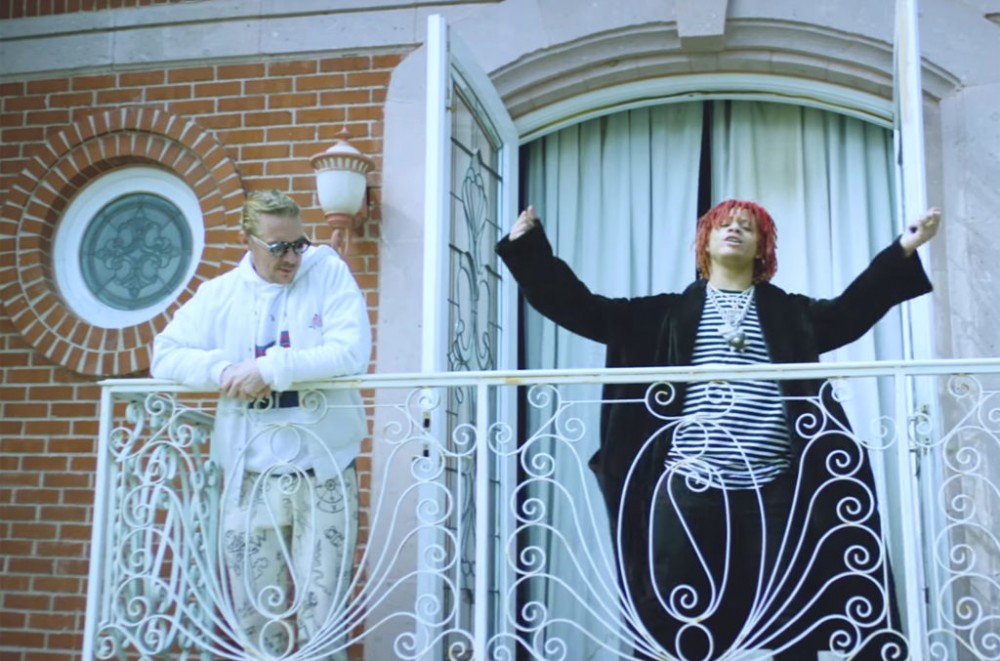 Diplo takes a step back in time, revisiting “Wish” featuring Trippie Redd in the form of an alternate new visual for the track. “Wish” was a single on his 2018 EP California, and now the collaborative pair have circled back to share a reimagined version of the music video.

The alternate version of the video is shot in a large warehouse where Trippie Redd sings and walks around until suddenly someone comes up behind him and starts suffocating him with a plastic bag. As Redd suffocates in the plastic bag, the person who is suffocating him pans into view, who also turns out to be none other than himself. The gruesome video continues as the camera cuts to another scene depicting the rapper getting hit with a metal pole, as the camera pauses and pans over an entire video and production crew. Everyone starts screaming and descending into mass chaos, until suddenly everyone kicks into action mode and continues like the video is still being filmed.

The production team rolls Redd’s body up into a black bag, and a truck crashes into the warehouse where they place his body. They crew then drive off and dump Redd’s body over a bridge into a river, where the video concludes. If anything, the gruesome reimagining of “Wish” certainly extends the track’s shelf life. Watch below.