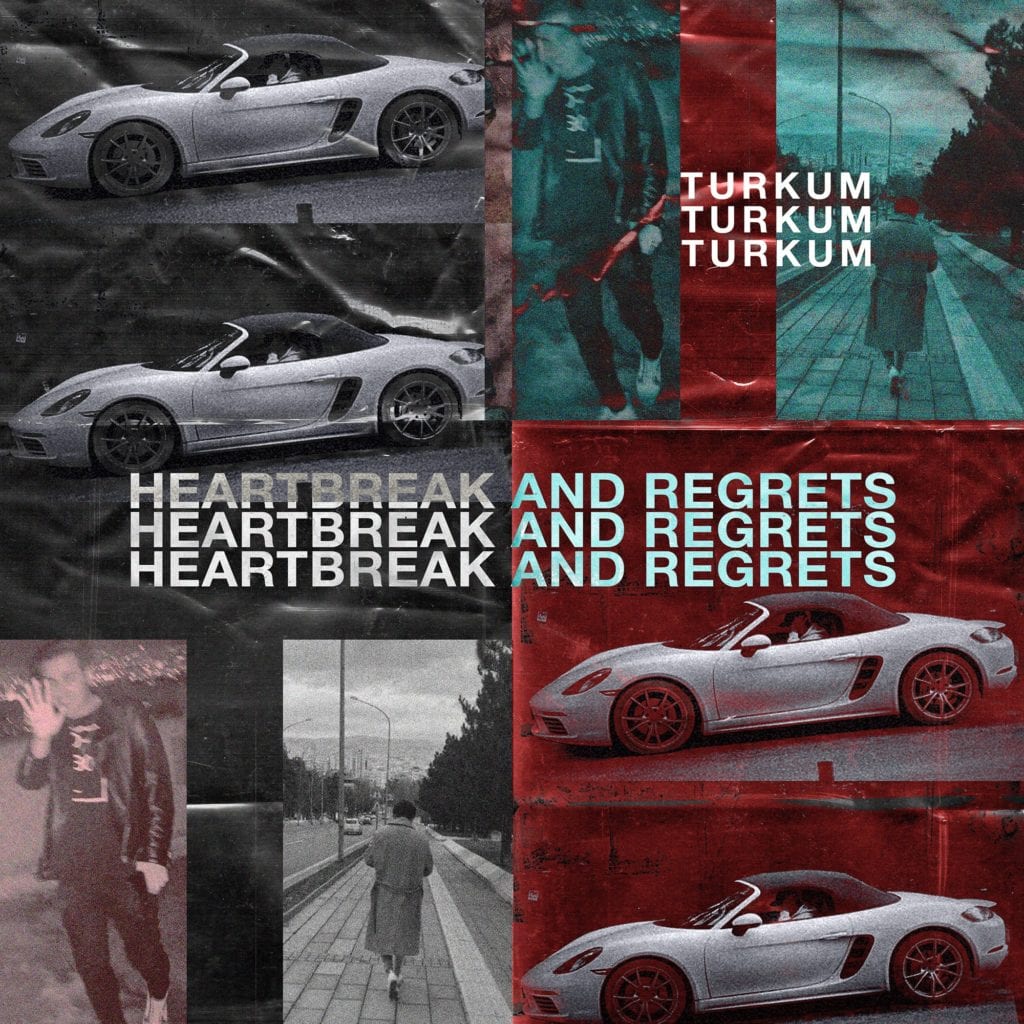 Türküm’s “Heartbreak and Regrets” tells a story through a melodic, bass-driven style. The cinematic opening track, “Maverick” signals to the listener that they’re tuned into something grandiose. Those dark bass elements continue into the vocal track, “Wait for Me,” with lyrics that evoke a wistful hopefulness. “Games” follows along in the same vein with reverberating basslines and distorted male vocals, while “As Long As I Got” brings an urban, dancefloor-friendly vibe.

However, the delicate melodies of the interlude “Prayers” open the door for Türküm’s most melodic productions of his work. The tracks “Killing My Dream” and “Running Through My Mind” exemplify this. “Nightrider” concludes the LP with the most Techno influence we hear on the album. It features a driving bassline with swarming synths that leave you begging for a dancefloor. Impressively, Türküm has once again managed to make a masterpiece with “Heartbreak and Regrets.”

Turkish indie artist Türküm may be a relative newcomer. Despite this, he has quickly established a commendable reputation based on quality, talent, and production style. He manages to keep his branding and imagery minimalistic, while his dark and ominous sound continues to impress fans and tastemakers. Additionally, Elysian Records and Lowly Palace are some of the labels that have signed Türküm’s music, and he frequents some of Spotify’s biggest playlists. These include Mint, Trap Mojitos, Fresh Electronic, and the infamous Beast Mode.