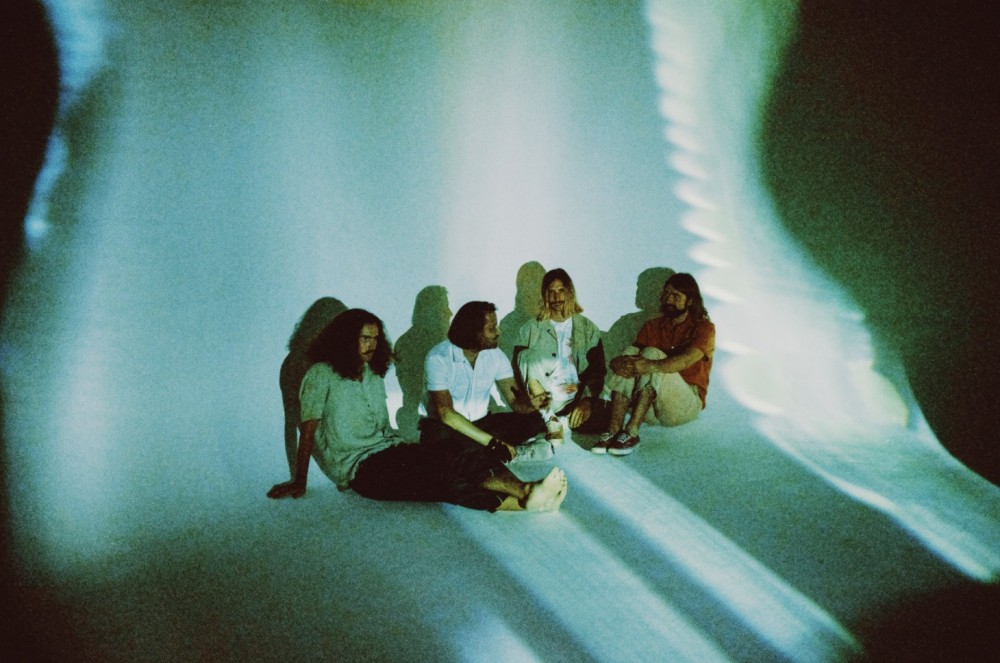 Crafting some of the most unique and leftfield psychedelic-rock we’ve heard this year, London-based four-piece Volleyball have returned with their stellar new single “Aloosh.” A journey through shoegaze and psychedelic indie, it’s a track that’s perfect for summer evenings, drenched in FX-soaked guitars and subtle synth layers – a product of a band with a consistent sense of style and a passion for their sound.

Based in London and formed by a collection of touring musicians in their own right, the Volleyball sound is clearly influenced by the two vintage eras of psychedelic rock in the ’70s and the more recent revival spearheaded by Tame Impala.

“‘Aloosh’ means ‘from the sky’; we love how that image captures the transitory nature of memories and places, how they can be important in your life, disappearing without you noticing and reappearing when you least expect them. Memories that seem far away can be recalled easily through music. Aloosh was also the name of a friend’s band at the time some of us moved to London. They formed the centre of a scene that worked from a studio in Dalston, leading to many collaborations and good times – in part driving us towards what we’re doing now.”