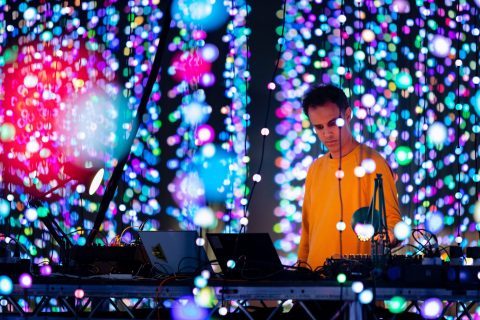 Set in the serene surroundings of his somewhat secluded home in England, Four Tet has delivered an uplifting mix to keep the spirits high.

Recorded as a part of Boiler Rooms’ ‘streaming from isolation‘ series, this mix gives you a little insight into the everyday home life of the man who just dropped his ’16 Oceans’ album.

The set really sucks you in with a mix between his more recent uptempo releases alongside some leftfield tracks that include the likes of Bjork.

It’s a mystery at this stage whether his show involving 42,000 lights in Berlin will go ahead in October, but in the meantime, this will keep you satisfied.