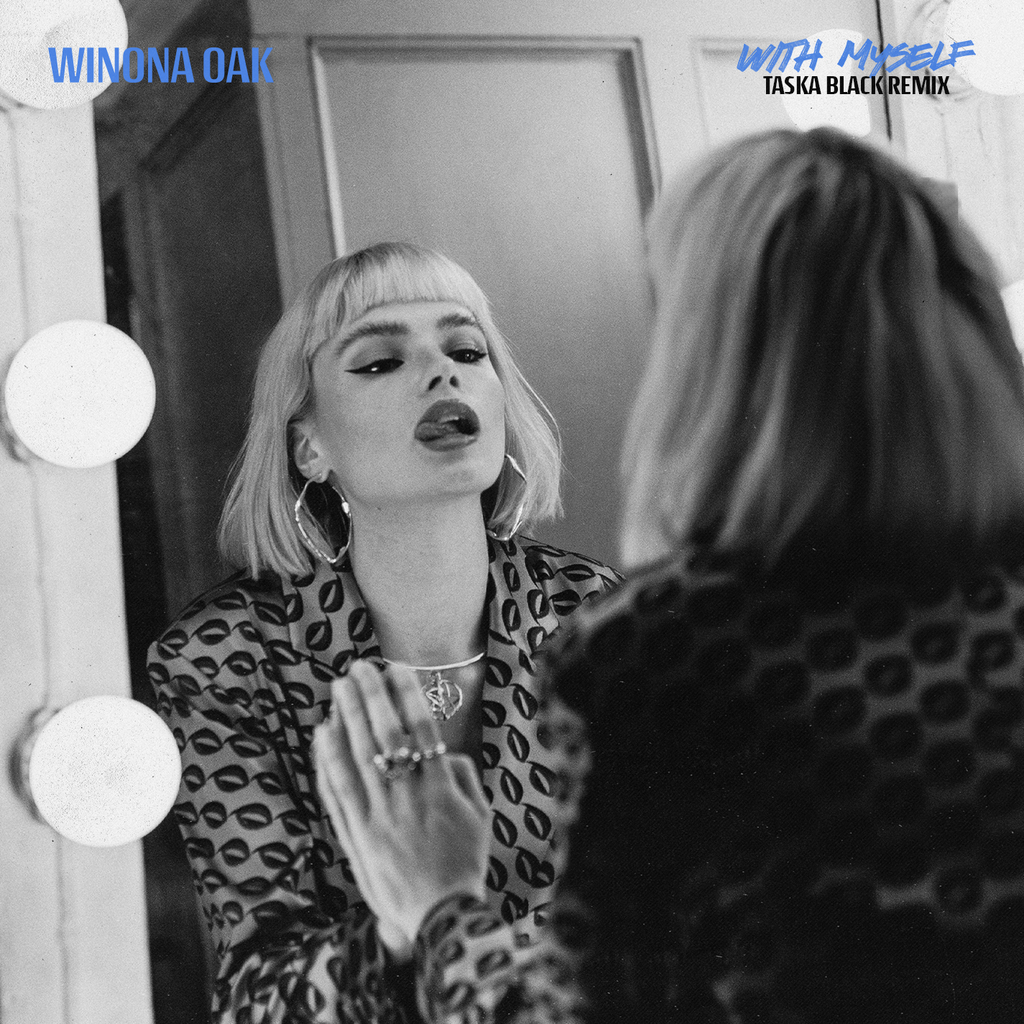 Sweden’s Winona Oak is one of the biggest vocalists of 2020. With hit singles like “Thinking About You” and “Oxygen” with Robin Schulz, she’s definitely made her mark. Winona Oak now brings you a remix of her popular track “With Myself” from Belgian producer Taksa Black.

Following the release of her debut EP CLOSURE earlier this year, Winona Oak gave us a taste of where she is going next with her current single “With Myself” and the accompanying music video, which was shot in New York just before the pandemic. They reveal a very confident, fearless, and independent Winona Oak.

In recent weeks, the rising artist has also released “Who Can Sail” from the compilation album “At Home With The Kids“ and “Another Story” from her EP, CLOSURE.

Winona first caught the public’s attention when she collaborated with The Chainsmokers on their viral hit single “Hope”. The song, which was co-written by Winona and features her stunning lead vocals, has amassed over 500 million streams globally. Her debut single “He Don’t Love Me” is an ode to finding strength in your own self-worth. The track has been a runaway success. It’s amassed 48.9 million streams across all platforms to date.

As a result, Winona Oak is a talented and groundbreaking artist who will continue to impress.

Stream the remix of “With Myself” here