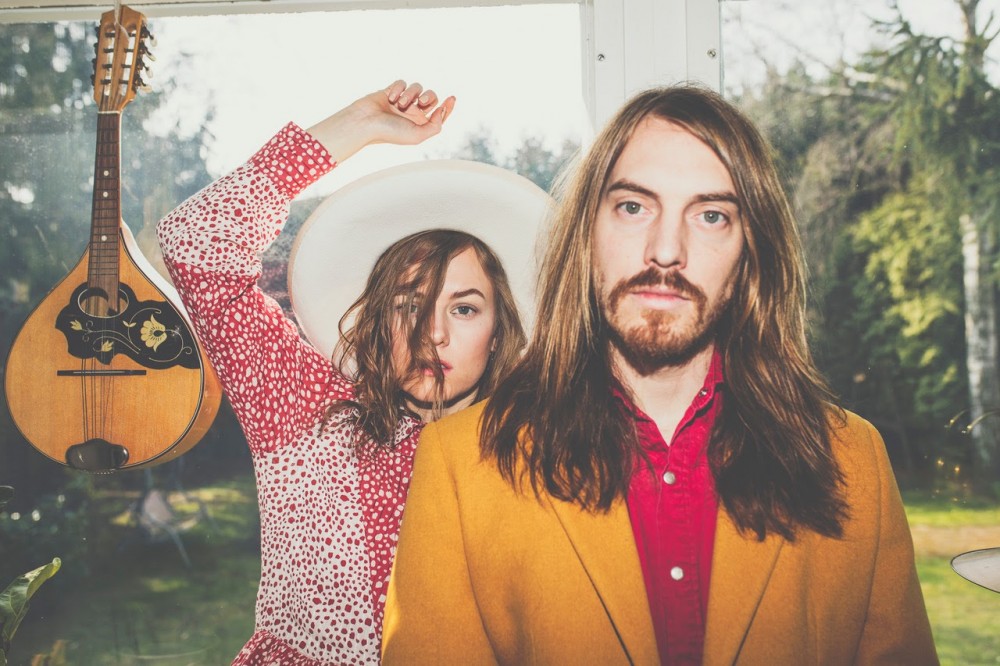 Based in the cultural capital of Europe, amongst the bustling art districts of Berlin – songwriters and all-around creatives Denis and Stefanie have been crafting some of the most effervescent electronic-folk fusion around. Their new album under their Wolf & Moon moniker, Follow The Signs is a masterclass in affecting songwriting and bringing elements from across the genre sphere into a concise body of work. Throughout the album, you’ll hear hints of instrumental folk, Americana, electronica and plenty more. It’s a stunning project that represents a level of creative freedom rarely found in many bands these days.

Perhaps this is due to Stefanie & Denis’ personal ethos and the life decisions they make. Self-proclaimed nomadic lifestyle junkies, the duo are unafraid to take big leaps of faith in pursuit of their goals. They soon left the comfort of the nine-to-five lifestyle to focus on their love of music before boldly embarking on a DIY world tour: 130 concerts on four continents in only one year. Even the Guardian in the UK picked up the story, helping them sell-out their first London show.

Produced alongside Swedish Grammy-nominated multi-platinum producer John Andersson, the new album was written while the duo were building a house together. It’s a journey through organic & electronic hybrid gems such as “Eyes Closed,” which puts us in mind of The XX’s incredible early work. There’s also some lovely influences across the folk & Americana space, with new single “While We Ride” standing out as a stunning piece of songwriting.

On the album, the duo shared:

“In between all of the touring we found some time to visit our producer John Andersson in Sweden. Most of this new record was already written and recorded in 2018, before the first album even came out. In 2019, we met up a few times more to record the last songs, bits and pieces. We love working and hanging out with John. When we visit we completely lose track of time and only focus on creating. We don’t see much of the city, cause we go straight to the studio in the morning and only leave late in the evening. In winter we don’t even see daylight for a week. We committed to writing and recording one song per day, which makes the album sound quite adventurous and spontaneous.  It was written and inspired by the time in our life when we moved to Berlin. While the vagabond lifestyle will forever remain in our DNA, we decided to renovate an old house from the 30’s and settled in this beautiful, ugly, weird, and inspiring city. So, in a way, we matured and so did our songs and lyrics on Follow The Signs. This record is about being okay with getting older, letting go of unfulfilled dreams and wishes and realising that we are actually already living our perfect life right now. The titles of our albums are forming one long sentence. With the release of Follow The Signs the second phrase is now revealed. You can start wondering what our third record will be called. Before it get’s dark, follow the signs ….”

You can give it a spin below.