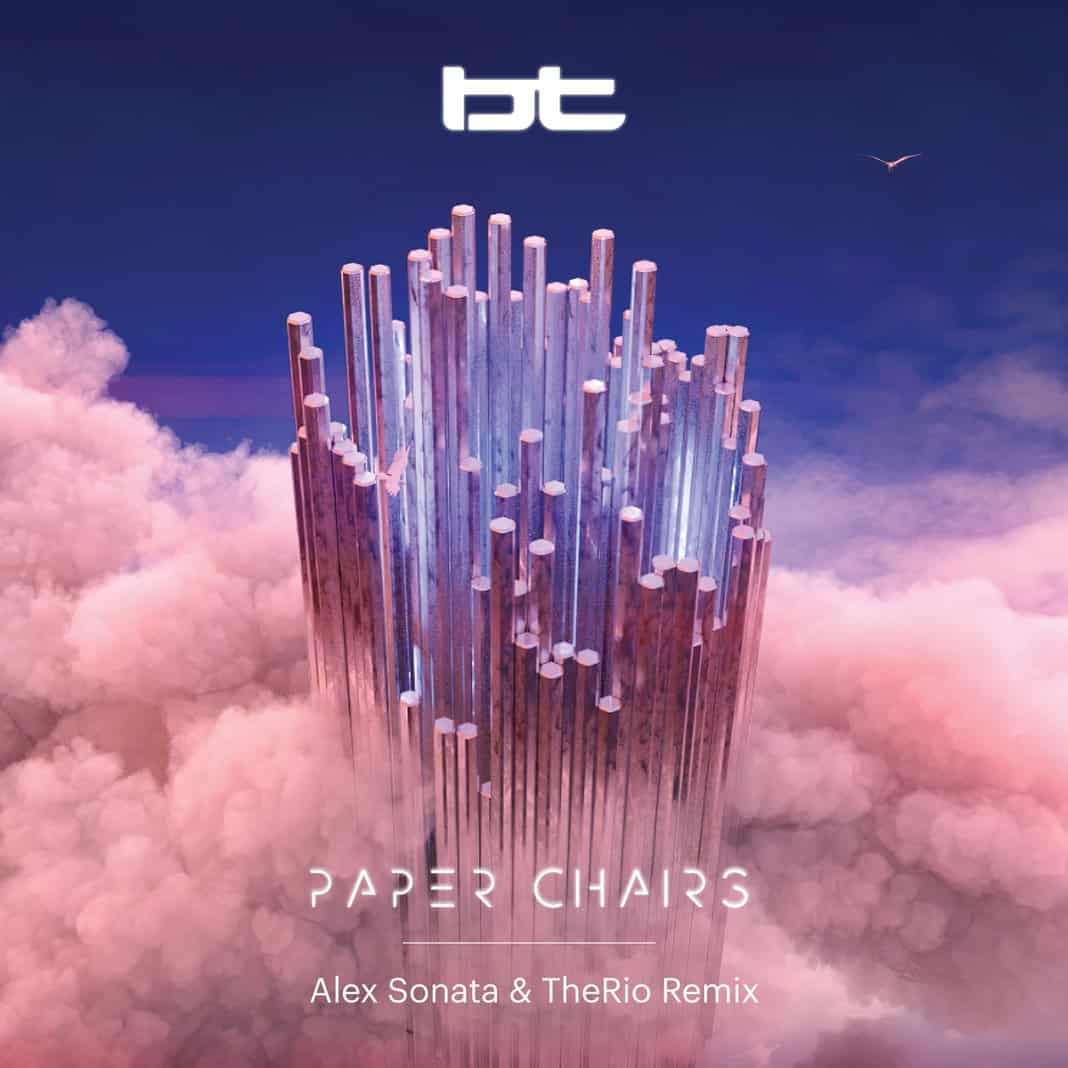 Alex Sonata & TheRio (respective production handles of Fraser Shaw and Riccardo Derio) have strapped rockets to the legs of BT’s ‘Paper Chairs’s and blazed it to the farthest reaches of ‘Metaversal’s metaverse. The latest track to detach from BT’s most recent album masterpiece and receive the clubbiest of club rubs is here, and ready to touch off your summer.

That Alex Sonata & TheRio have taken ‘Paper Chairs’ above the clouds is really only half the remix’s incredible deal. It’s the way in which the Scottish-Italian pairing have done it, that’s every bit as remarkable. A reimagining in the truest sense of the word, their rework is a tale of two sonic styles brilliantly drawn together.

Frontend, it’s all about as darkly-minded as you can imagine, landing so close to cavernous, Vath-ish techno as to make no difference. At the midpoint, its storm of rolling drums, bassy resonance, diving-bell-deep reverb and trace sub-melodies begin to part. Slowly the pair filters in glorious rays of melody & gliding harmonies, which subsequently lift to embrace its piano chime. At its point of highest radiance, the pair roll that furious bass and drum-track back out, bringing it its big, bad ‘gotcha’ moment.