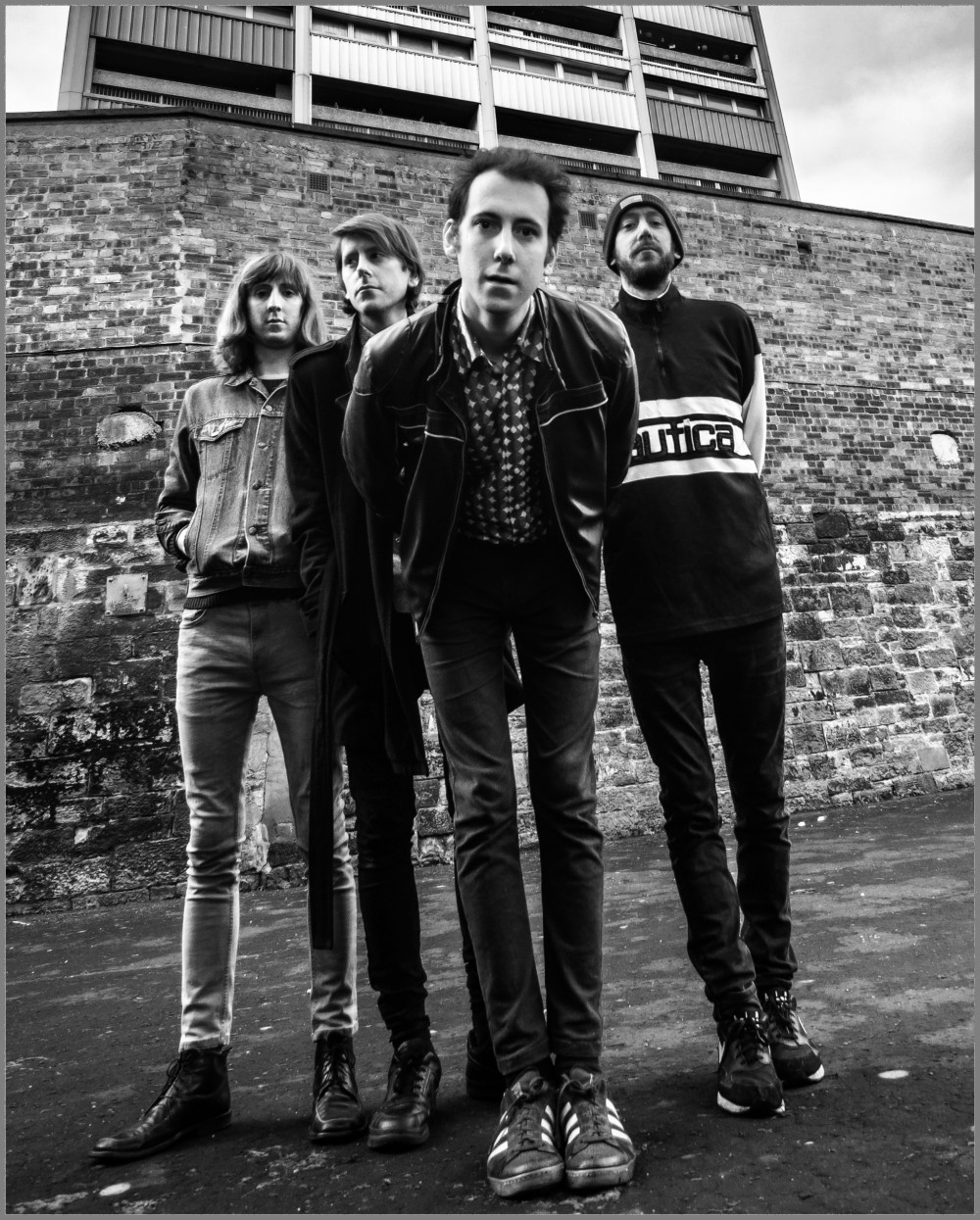 Raised in the Scottish Highlands and now based in Edinburgh, indie four-piece Ded Rabbit returns with their authentic, raucous indie sound in the form of “All Fired Up.” After a two-year hiatus, the group burst back onto the scene last year with the anthemic “Gotta Get Outta This Place,” and have since continued with their rich songwriting form.

Now signed to Dirty Fader records, a label founded by Grammy winning producers Robbie Nelson and Mike Horner, Ded Rabbit writes and performs with a gutsy and charismatic Northern charm. Their first two singles serve as a precursor to their new album which is due later this year.

“The song came about as we were tracking another more minor song in the studio. We couldn’t get the feel and tried hard to sort it. The “All Fired Up” bass line and drum groove came about jamming trying to sort this other tune and was recorded briefly,” member Donal shared.

“At the next recording session, I’d written the rest of the song over the new idea and we’d jammed it and had it pretty much arranged. Lyrically it is influenced by the initial frustration of not being able to finish the original track and develops this further exploring good vs evil, rich vs poor. Talking Heads, Foxygen and LCD Soundsystem were all influences for this track.”