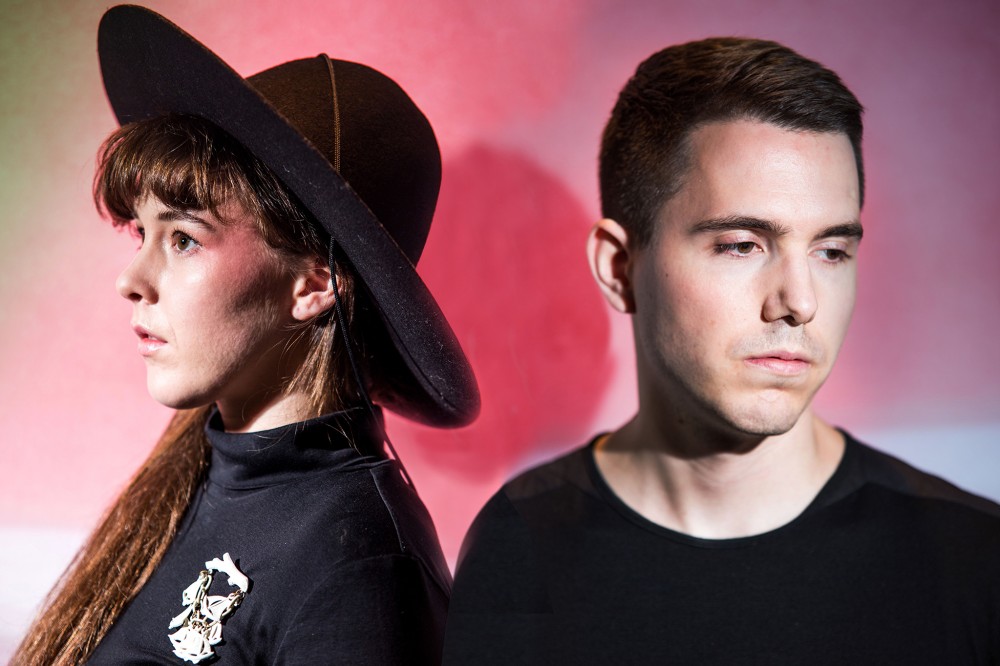 When news of a Purity Ring revival sprouted along the musical grapevine, the internet expectedly went ballistic. At first, it was a mere rumor based on shaky speculation, but after a few festival bookings including a confirmed stop at Lightning in a Bottle, there was no denying a return from the supreme witch trap twosome.

Purity Ring have materialized with what can only be described as preternatural poise. Fans could only pray that this return would include the first new music since 2017 (standalone single “Asido”). But, likely, few had premonitions that the return would include a full-fledged album rollout. The announcement of Womb means Purity Ring’s first LP since 2015’s another eternity.

The first single is entitled “Pink Lightning.” Fittingly, the Canadian avant-gardes didn’t make it easy to uncover this news, setting up a trail of digital breadcrumbs as cryptic as Megan James’ diary-derived lyrics.

Through a website coded pinklightningwebsite.website, fans must embark on a treasure hunt with no map. Aimlessly clicking sporadic sets of images that depict everything from landscapes to cursory animations, fans must click the hidden key that one will spark the next batch of images, which appear even more confusing than the last.

The maze is strewn with lyrical fragments from the new tune. Find them in full below without jumping through hoops.