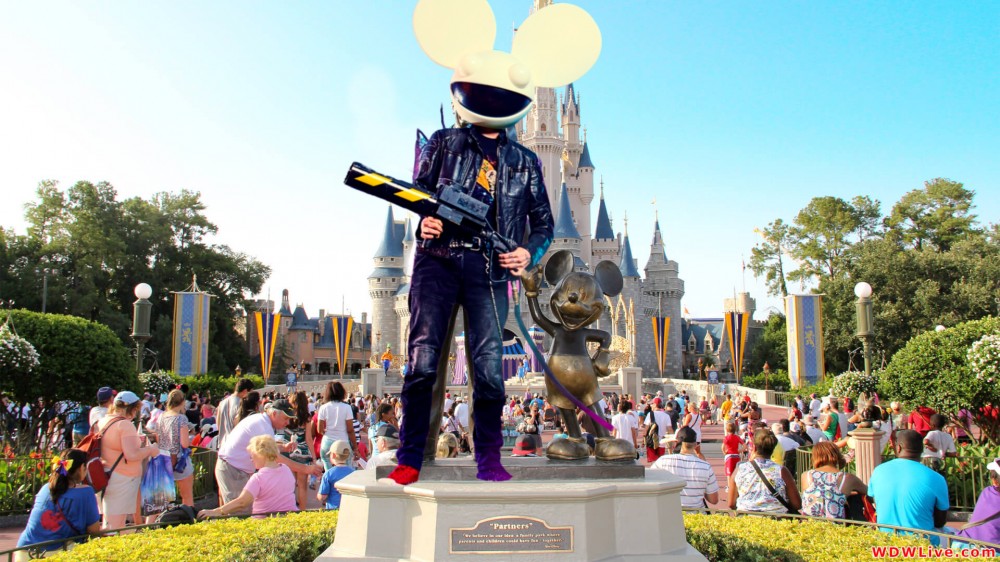 In 2020, it appears deadmau5 is letting bygones be bygones, as details of a planned secret performance inside Disneyland later this year have surfaced.

In 2015, the superstar Canadian producer was locked in a heated legal battle with the global entertainment giant over the two brands’ iconic use of mouse ears. When deadmau5 attempted to trademark the logo in the US in 2014, Disney claimed that the Random Album Title producer’s design was “nearly identical in appearance and overall commercial impression to Disney’s Mouse Ears.” Eventually the two parties would settle their legal dispute, and now it seems a joint venture between the rodent power brands could be underway.

Swap a ride on the Monorail for “Monophobia” and ditch the churros for some glow sticks because deadmau5 is reportedly planning a Disneyland takeover on Labor Day weekend, with a special cube V3 firework display followed by an after hours Testpilot set at the “Its A Small World” castle. When contacted for an official confirmation, deadmau5 told Dancing Astronaut, “Who knows, I might even be going back-to-back with Mickey during the weekend. Not promising anything though.”

While a deadmau5 performance inside Disneyland feels like some far off fever dream, every day in this simulation of 2020 feels like it could be April Fools’ Day anyway so maybe we’re not too far off?

Note: Yes, today is April Fools’ Day, and we decided to have a little fun with the day, amid a relatively bleak moment in time for us collectively. Rather than serving up slick “gotchas” this year we aimed to bring a smile to your face, albeit a cheeky one, even for a moment. Fake news, fear, and uncertainty aside, we figured we’d wade into the shallowest end of The Onion‘s territory for a little fun today. Take a breath, wash your hands, smile. Today isn’t so bad. Be safe and Happy April Fools’ Day.