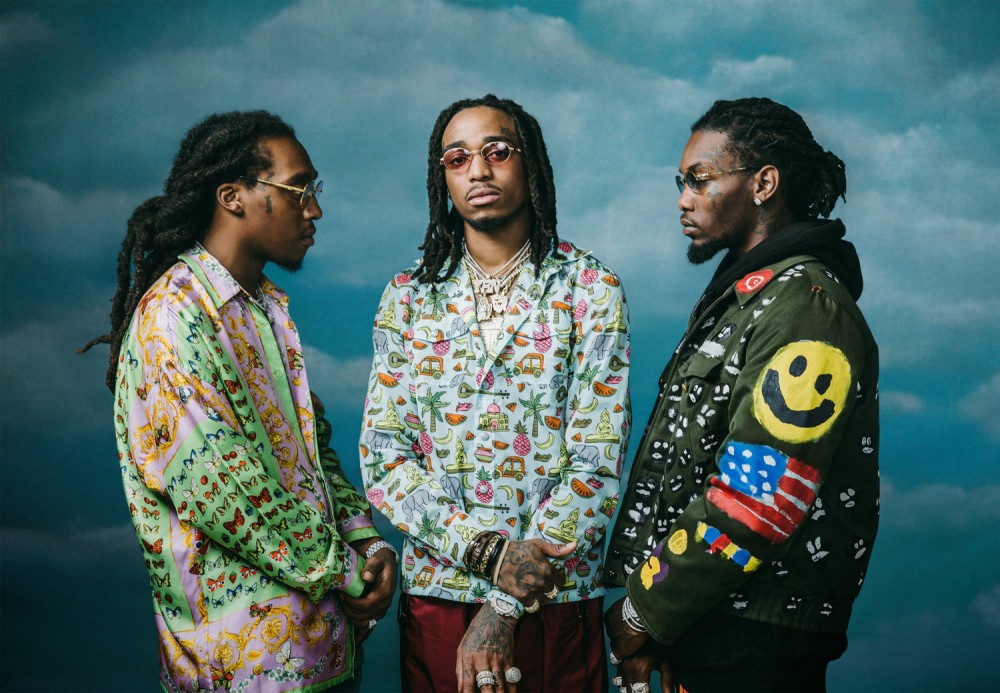 Between being drug dealers on Donald Glover’s Atlanta to partnering up with Popeyes, it is clear the Migos do not care what the public thinks about the way they get their bread. The Atlanta trio is joined by Travis Scott and Young Thug to reiterate this sentiment on, “Give No Fxk,” the first single from Culture III.

The gluttonous single is produced by Murda Beatz, who previously produces the group’s chart-topper “Motorsport” and Scott’s “Butterfly.” The psychedelic visual for “Give No Fxk,” directed by Quavo and Kazakh filmmaker Aisultan Seitov, displays a photosensitive seizure warning before diving into scenes of futuristic gothic chaos.

The dirty south crooners are no strangers to trading verses. Quavo most notably joined Thug on Scott’s double-platinum single “pick up the phone”—one of thirteen officials releases (among a stockpile of demos) between Scott and Thug.

Following the release Culture II in 2017, Quavo, Offset, and Takeoff released their respective solo albums in late 2018 and early 2019. Their forthcoming album is the group’s fourth studio album and third in the Culture series.

Scott and Thug are both scheduled to perform the second day of Rolling Loud Miami, so attendees should keep an eye out on possible guest appearances. Rolling Loud will be Scott’s third headlining set in less than one month after headlining at both weekends of Coachella.