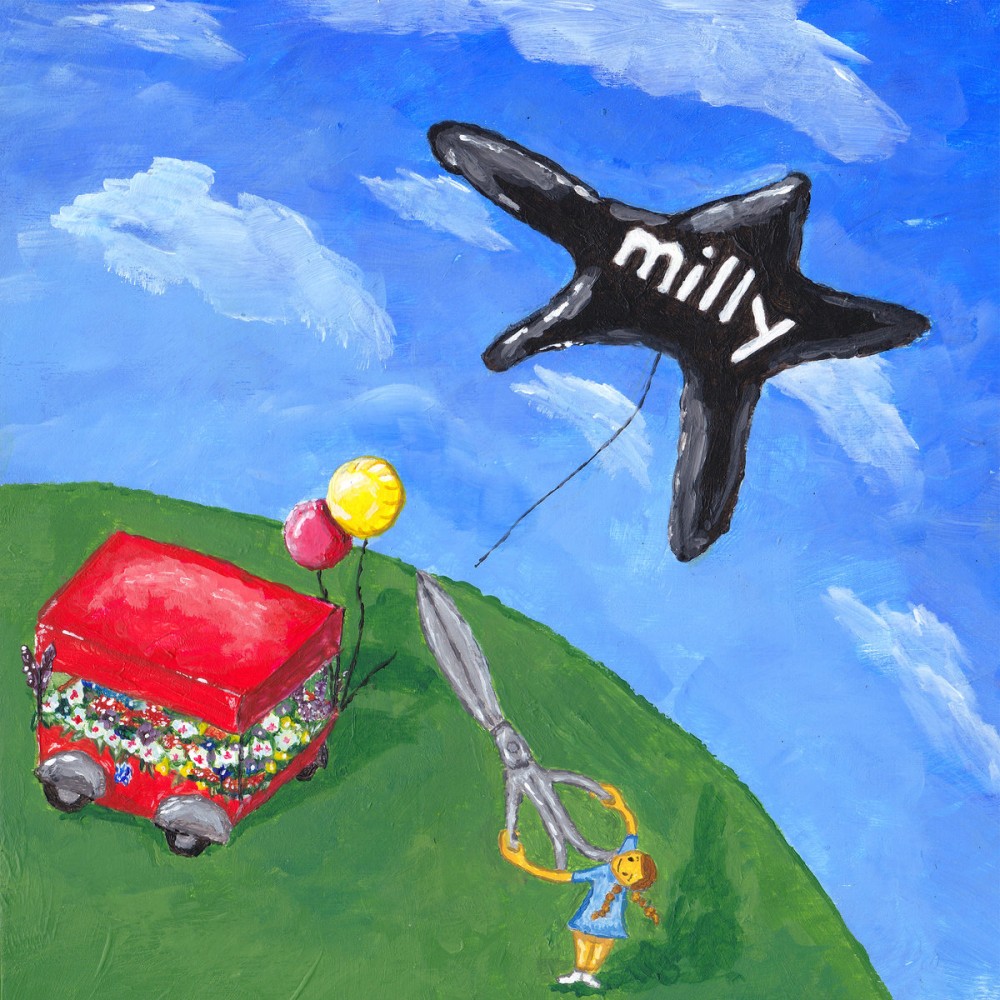 Lately, we’ve been big fans of Los Angeles’ Milly, the rising Brendan Dyer-led band that conjures a spirited blend of grunge and shoegaze. Now the band culminates its excellent recent run of singles – including “Star Thistle Blossom,” “Denial” and “Birds Fly Free” – with the release of their new EP Wish Goes On – which arrives today via Dangerbird Records.

As Wish Goes On marks the band’s most personal songwriting to date, it also represents something of a re-birth for Milly – a turning of a new leaf not just in sound but in spirit as well.

“This release marks the transition from Milly as a solo project to Milly as something more unified,” Dyer shared.

“The songs serve as an example of time passing, new passages, and ideas to wish for. It is an acknowledgement of all that I’ve experienced in the past few years but stepping forward with new energy…accompanied and supported by the best people. The guitars are big, the lyrics are heartfelt and true, and the future is looking bright. It’s everything I have collected over time and emphasized on, via the lens of my closest contributors. We have become one single unit on Wish Goes On.”

You can purchase the LP HERE and preview it below: