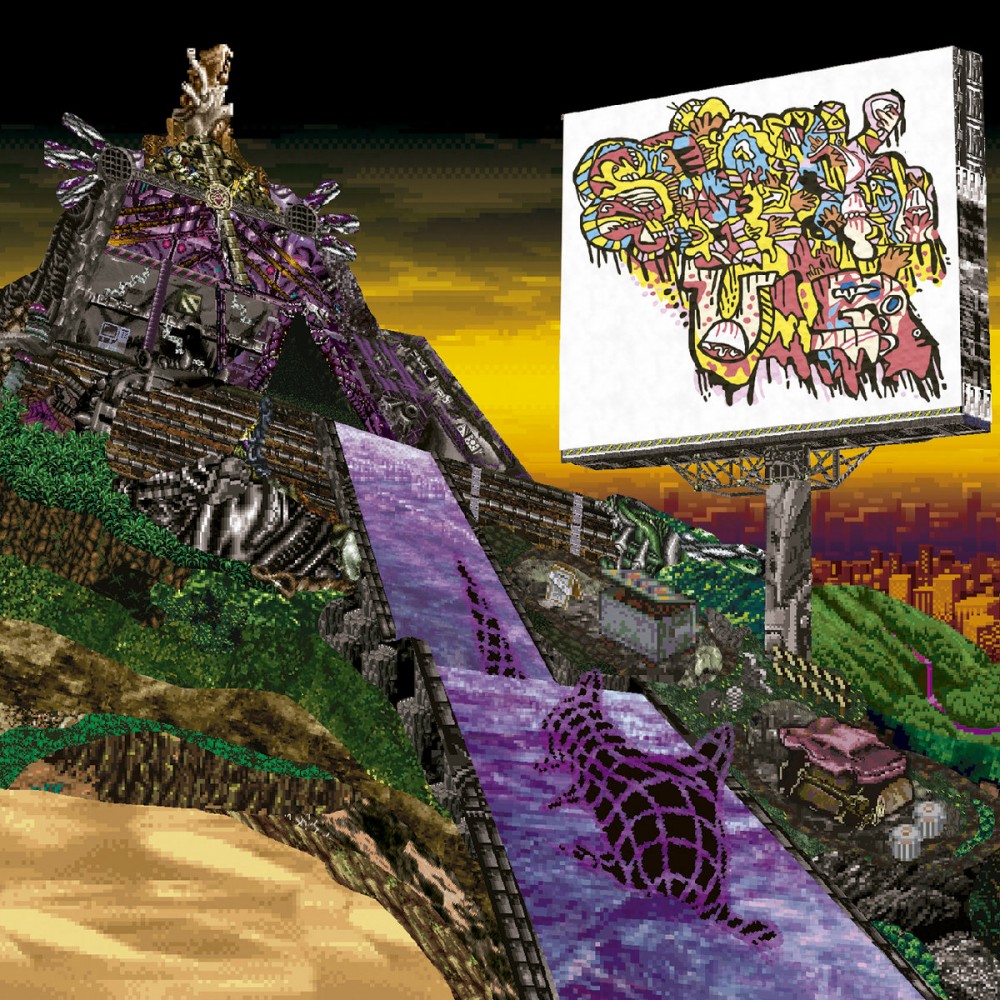 Underground hip-hop marauder Brian Wharton, aka Sharkula, has established himself as one of the most imaginative artists in the Chicago scene over the last 20 years; his free-associative rapping style has traversed a wide tapestry of beats over the course of 40+ albums and EPs. Meanwhile, Mukqs is the moniker of experimental electronic producer and Hausu Mountain co-founder Max Allison.

After a chance encounter at a now-shuttered Burger King in Evanston in 2017, the two began exchanging beats and verses, eventually dropping their first collaborative album Prune City in 2018. Today, Sharkula and Mukqs come through with the follow-up LP Take Caution On The Beach, and it’s another stunning team-up effort that expands the duo’s futuristic and freewheeling hip-hop universe.

Once again, Sharkula constructs his verses with an improvisational-style delivery, recording each album track as one single unbroken take. As such, everything feels spontaneous, lending the album an unwieldy and unpredictable nature. On tracks like “Chicago Bear Claw Jaws” and “I’m A Workhorse (Stay Strong),” Sharkula narrates his life with off-the-cuff insight and bits of bizarre humor that underscore the isolating day-to-day struggles of the COVID era. “Yo this is like, year 2050,” he reflects on the frenetic “Sharkula Flow Pro,” a track that expresses the surreal, “out of body” vibe that continues to persist in these disorienting times. Other highlights include the smoky “Violent City, Anti-Pretty,” and the dark and weirdly jazzy closer “Nasty Hunter 100.”

Alongside Mukqs’ production, the album manages to be a hallucinatory, futuristic update on old school hip-hop. Throbbing basslines, squiggly synths, and stuttering breakbeats form the tapestry upon which Sharkula delivers the album’s purveying message – rooted in positivity and a hope for a return to the connective fibers of Chicago’s music and arts scene. Take Caution On The Beach is another dynamic MC-producer project from Sharkula x Mukqs. You can purchase it HERE and sample it below.