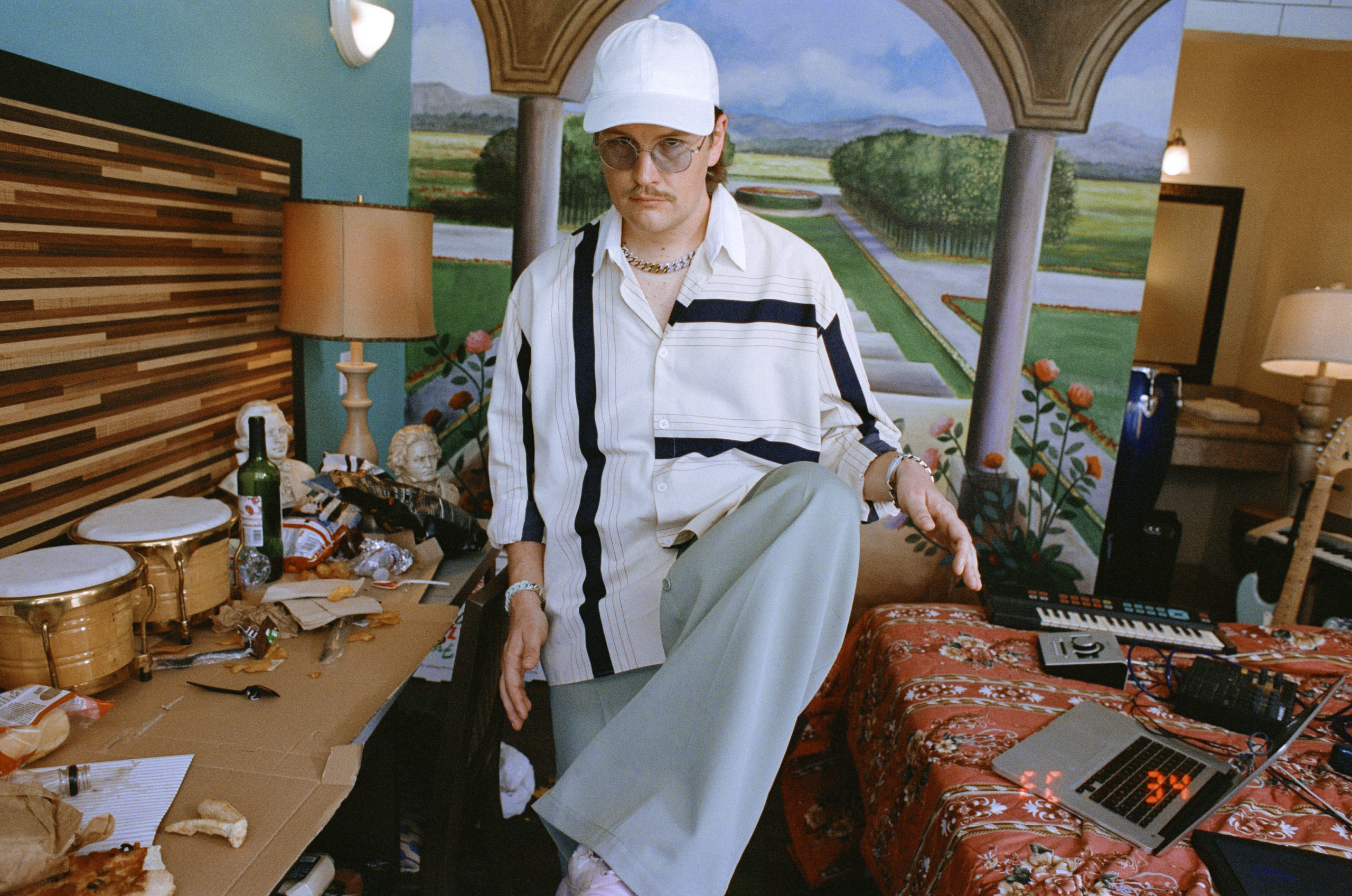 Myd has proven to be one of the beloved characters in dance music over the past half decade, winning over fans with his wonderfully weird aesthetic and studio prowess. Having racked up millions of streams as a member of Club Cheval on Bromance Records and now as a solo act on Ed Banger, Myd is gearing up to release his debut album this fall.

Myd has today unveiled the first offering from the ensuing album; an aptly titled track “Together We Stand” – the track name was ironically picked long before the global pandemic and protests. Revolving around a rich vocal sample (from Myd himself) and a pulsing four-to-the-floor house beat, Myd has crafted an infectious tune that is equally appropriate for at-home listening as it is for dancefloor mayhem. Together We Stand sets the sonic tone for the album, blending elements of indie pop and folk with classic electronica and French Touch.

Myd shared some insights into Together We Stand:

“Together We Stand” talks about a community of people who devote their lives to the community. I wrote most of the album when I was on tour, and after the release of my first EP on Ed Banger, I saw this community around us and the electronic community [as a whole]. It’s a bit too cheesy for me to translate it like “hey, everyone is dancing on the dance floor and girls are beautiful,” so I chose a different way. I translated it as if it was a community all living together and dedicating a part of their life to the music. It’s almost talking about a cult.”

Complimenting the single is an appropriately absurd music video, showing Myd passionately dancing all over LA for a cast of unwilling participants. Myd is never deterred by other’s lack of enthusiasm, relentlessly dancing for a geriatric taking his dog on a walk, a local news crew covering LA’s biggest sandwich and a luxurious TikTok house up in the hills. Myd never wavers, assiduously executing dance moves with a deadpan face throughout the cinematic music video. He actually took dance lessons to prepare for the shoot, a testament to his methodical approach to visuals.