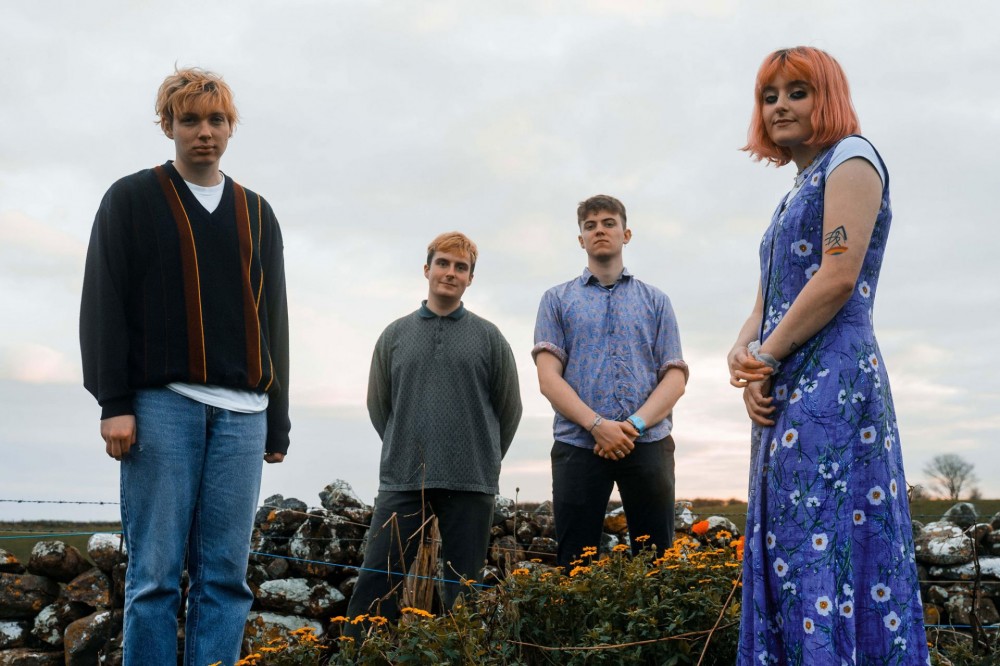 NewDad is a rising band from Galway, Ireland that expertly fuses dream pop and shoegaze textures. We’re such big fans of them that we named them to our list of Rising Artists to Watch in 2021. With just a handful of songs under their belt, the four-piece band carries huge breakout potential, and that feeling has only snowballed now that they’ve announced the release of their forthcoming debut EP Waves.

We’ve already heard singles “Blue” and “I Don’t Recognize You,” and now NewDad have shared another new taste of the record, the nervy and effervescent “Slowly.” Despite its title, the song is actually quite brisk and frenetic. Static-laced lo-fi riffs move at a swift pace alongside more angular post-punk-style bass rhythms as singer/guitarist Julie Dawson softly croons the track’s emotionally turbulent lyrics. The band explains:

“It’s a song about a person admitting their feelings for you with no follow through, and the feelings of uncertainty that surround that. It’s one of our more energetic songs, and the whole song moves quite frantically around the drums to convey the feeling of confusion when you go through this. For a song called ‘Slowly’ we sure do play it fast and it hurts Áindle’s hands to play. It was definitely one of our roughest demos, but Chris really helped to turn it into one of our favourite songs on the EP.”

NewDad’s Waves arrives on March 26 via Fair Youth Records. You can pre-order it HERE and watch the crafty DIY music video for “Slowly” below.